Skip to content
Featured Artists In Memoriam... Pop Stuff Rock Music Fix Trivia You Can Use

The Late Eddie Money’s “Imperfect” Ten (plus one) 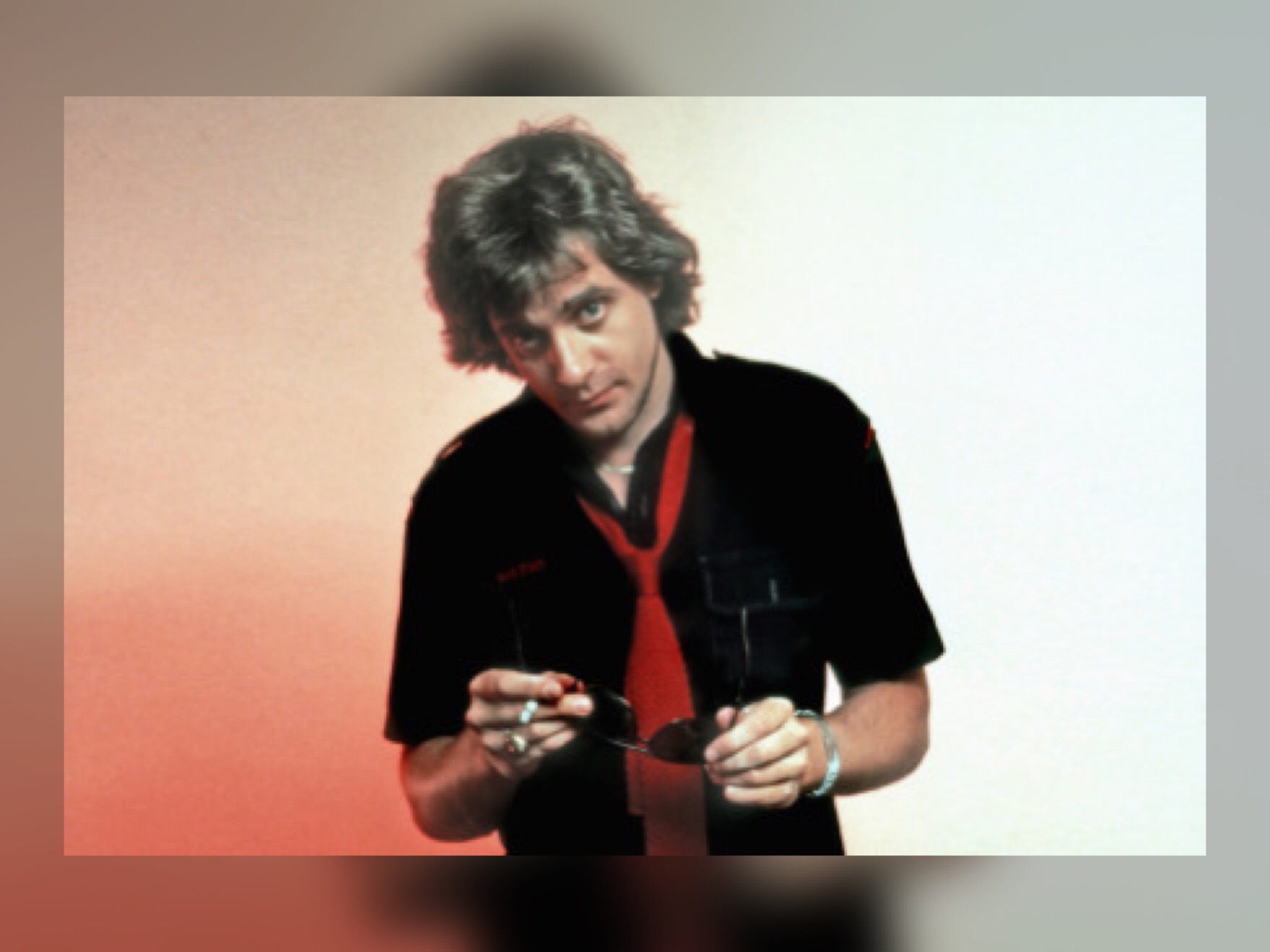 (September 13, 2019). In the way of tributes, much has been written by the media about rocker Eddie Money, the 70-year-old legend who passed away early Friday (Sept. 13) from complications following heart valve replacement surgery (and just weeks after the singer revealed he had esophageal cancer).

Some of what’s been written has been straight-up praise, while some has been less so. Mostly the recollections of Money’s career have been mixed in describing how he became an unlikely star and the music that he did it with over the decades.

For instance, one publication called him the “archetype of album rock” – a flattering sentiment that is countered by another referring to him as the “patron saint of rock uncool.”  Eddie was actually too cool for school.

Rolling Stone recalled him as being “spasmodic and gawky” while Billboard used terms like “unconventional” and “out of step,” to describe the otherwise lovable, or at least “likable” star that Money was – as the magazine put it.   Awkward praise indeed.

In their attempts to poetically capture Money’s unorthodox rock-star status, many of the tributes paint the late singer as the unlikeliest of rockers (remember, he was the epitome of the establishment – a New York City cop – before he first pursued music 45 years ago).  He was the “uncool” guy who always bucked the current trends – like new wave or punk in the late 1970s – or simply didn’t have the right voice or look or the song depth to carry a rock-and-roll career for as long as he eventually did (the man was touring right up until his health began failing him this year).

Indeed, as historians might tell it, Eddie’s career wasn’t rock-star perfect, but I’d say it was nothing if it wasn’t durable, or “solid” as we might have said back in his heyday (yes, he did have a heyday).

If nothing else, his career was consistently inconsistent (or vice-versa), with albums and singles that alternately hit big or were busts altogether.  His first album – the self-titled one in 1977 – was ultimately his biggest-seller, while his 1986 comeback yielded the most hits (and his biggest single), and marked a return to prominence for the former cop-turned-singer after several years of releasing duds or just plain being absent from the pop music scene altogether.

He was indeed that ‘70s rocker whose uncanny ability to adapt to the music trends of the ‘80s (while in his mid-30s) with anthemic, shoot-for-the-rafters pop hooks; big electric guitar riffs; blaring saxophone solos; and generally over-the-top production, made him one of the few artists from the previous decade whose hits spanned the entirety of the ‘80s, even if there were long gaps in between.

And while Money may have spread his modicum of hits sporadically over a long period of time, when he did hit pay dirt, he usually made it count.

Those numbers aren’t great by Prince, Phil Collins or Bruce Springsteen standards, but they were respectable, nonetheless.

Those ten hits deserve recognition in this tribute because, oddly enough, with those songs, Money accomplished something even more unorthodox…something that likely hasn’t happened before or since for anyone with at least ten top-40 hits to his name. And it was more a testimony to his clout within the industry than any chart peaks or record sales might provide.

Here it is: Excluding the singer himself (who wrote one of his songs solo) all ten of his top-40 hits employed different songwriters, with no repetition among them.

Money was the sole writer for what was arguably his signature hit, 1978’s “Two Tickets to Paradise,” while the remaining nine songs were all collaborations involving different writers (including Eddie in some cases), with none of the other writers repeating on any of the songs.

That has to be some kind of record for a singer whose entire top-40 output consisted of original songs by the artist himself, as opposed to covers of other people’s tunes.

That’s Eddie Money and 25(!) other songwriters accounting for his ten top-40 hits (plus “Shakin’”; more on that in a moment), with none of the other writers appearing on more than one song.  Clearly, variety was the spice of Eddie’s life when it came to the writers of his biggest hits.

Recognize Any of the Names?

As the only non-top-40 hit included in this story, “Shakin’,” is still one of Eddie’s most popular tunes (one of his five most-streamed on Spotify).  And its inclusion here doesn’t otherwise affect the statistic of all of Money’s biggest hits being co-written by different people.

(And contrary to what Wikipedia says and for those wondering, the Ralph Carter credited on “Shakin’” is not the same Ralph Carter who played little Michael Evans on TV’s ‘Good Times’ in the 1970s.  The Ralph who hooked up with Eddie was blues-rock guitarist and bassist Ralph Carter, a “complete musician” who co-wrote eight songs altogether for two of Money’s early-‘80s albums.)

According to a story on Billboard.com, Eddie’s manager Bill Graham contended that “Shakin’” might have been a bigger chart hit (than its No. 63 peak) were it not for Eddie sneaking in the line “her tits were shakin’,” which he sang in lieu of “We did some shakin,” as the lyrics are often printed.

He’s probably right (Graham, that is).

But it was that kind of humor that apparently made Money so lovable to many, as at least a dozen celebrity friends testified on social media Friday.

As for his biggest hit, the No. 4-peaking “Take Me Home Tonight,” 1960s’ legend Phil Spector got a writing credit solely by virtue of his former wife Ronnie Spector’s guest vocal, in which she interpolated the Ronettes’ “Be My Baby,” a song Phil wrote.

Aside from Phil Spector’s defacto connection to Money, few if any of the other song contributors are names that would be easily recognized if one were challenged to do so, which further adds to the mystique of Eddie’s biggest, most time-tested songs.

Yes, the songs were lyrically simple (with one of them – “Baby, Hold On” – even invoking a bit of Doris Day with “whatever will be, will be…the future’s not ours to see”), and they may not have had big songwriting names behind them, but they were made memorable by Money’s uncanny ability to sing them as if they were epics. His raw emotion carried through on nearly all of them.

The most enduring of those, “Take Me Home Tonight” is one of the rare cases where an artist’s biggest hit is also my personal favorite.  To me, it is the perfect pop song, where melody, song structure and vocal arrangement all came together to form that crowning achievement for the artists involved…or at least for Eddie.

To that end, I had the opportunity to see his guest artist Ronnie Spector in concert last December and was probably not alone in hoping that she would have brought Eddie Money onstage with her (if for that one song) to recreate the magic they made in the studio 32 years earlier.

As it was, that didn’t happen, and little did I know then that Money would be leaving us just nine months later.

But as many other tributes so dubiously pointed out Friday, and as his family so poignantly reminded us in their official statement to media, we will always have Eddie’s undying musical legacy to soundtrack our lives.

That includes those “not-so-perfect” top-40 hits, with nary a common writer between them.

Except Eddie, of course.  Well, at least he co-wrote more than one of them.