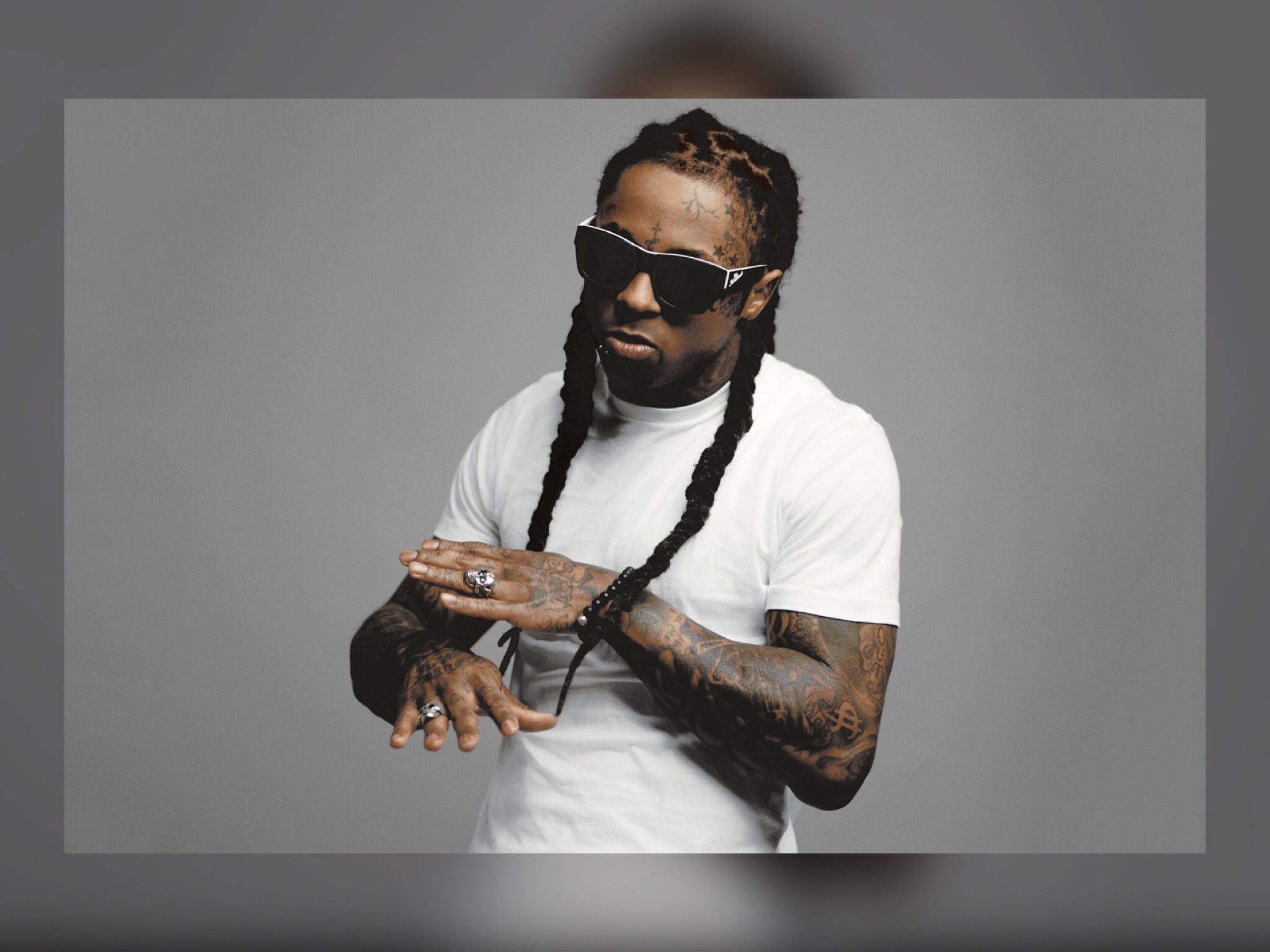 Unless you’ve been in early hibernation for the upcoming winter, you’re probably aware that Lil Wayne has the No. 1 album in America with his latest release, Tha Carter V.

The album tops this week’s Billboard 200 chart with the second-largest streaming total ever – and the third-largest overall sales week in 2018, with 480,000 album-equivalent units, which include 325,000 streaming units, 141,000 traditional albums, and 14,000 from downloads of its tracks (converted to album units from 140,000 individual song purchases).

It is Weezy’s fourth No. 1 album overall and his first in seven years – since Tha Carter IV topped the chart in September 2011.  That album was before streaming became a major thing and it happened when albums by hip-hop artists could still approach a million sales in a single week.  Even with streaming not yet being a factor in 2011, Tha Carter IV rang up 36,000 units shy of a million traditional copies sold during its first week in late August 2011.

The seven years and one month between the current and most recent No. 1 albums for Wayne is not the longest gap ever for hip-hop artists.  A Tribe Called Quest went more than 20 years between their first and second No. 1 albums in 1996 and 2016, respectively.  Young Jeezy went eight years between his second No. 1 album in 2008 and his third in 2016 (as just Jeezy).  And there were seven years and two months between the No. 1 placements of the Beastie Boys’ first two chart toppers in 2007 and 2014.

Still, seven years is a long time in the music business, and its even longer in the world of hip hop, where styles and trends can experience turnover rates like workers at a fast-food restaurant.

You need look no further than the difference in the features on Tha Carter IV and Tha Carter V to recognize that a lot has changed in the genre that Weezy once dominated.

On the latest album, Wayne did fire up the way-back machine to get features by early aughts artists like Ashanti, Snoop Dogg, Nivea and his business partner (and close friend) Mack Maine.  But the most noteworthy featured acts include newer MCs like Kendrick Lamar, Travis Scott, Nicki Minaj and the late XXXTentacion.  Weezy’s daughter Reginae Carter also gets a featured spot, along with Houston rapper Sosamann.

Of the rappers in that latter group, only Drake has had a No. 1 album in the past four years (he’s had five chart toppers in that timeframe).  By contrast, Carter V collaborators Kendrick Lamar, Travis Scott and XXXTentacion have combined for seven No. 1 albums since late 2014.

In fact, 65 different hip-hop albums have hit No. 1 in the seven years since Tha Carter IV was at the top in September 2011.  Any way you slice it, that’s more No. 1s than in any other rolling seven-year period since the first No. 1 hip-hop album by the Beasties back in 1987, which illustrates how much of a dominant force hip-hop has become in Tunechi’s absence.

See list of all the hip-hop albums to reach No. 1 on Billboard 200 chart

A large source of hip-hop’s most recent surge has been the Young Money Entertainment label Lil Wayne founded as a subsidiary of Cash Money Records, itself arguably rap’s most iconic parent label.

Cash Money/Young Money was responsible for putting superstar artists like Drake and Nicki Minaj on the map.  In the years since Lil Wayne was last on top, both of those artists have thrived on the charts.

Minaj has reigned as the mostly unchałlenged Queen of Hip-Hop ever since Wayne’s peak period ended in 2011.  She currently ranks as the woman with more entries on the Hot 100 – a mainstream, all-genre singles chart – than any other (she surpassed the late Queen of Soul Aretha Franklin in early 2017).

Drake has had astronomical success since 2011.  Seven of his eight No. 1 albums have occurred since Tha Carter IV seven years ago.  Those seven No. 1s are more than any other rapper has had during that time.  And like Nicki, Drake has had more Hot 100 songs – 186 – than any male artist (he broke a record set by Lil Wayne who’d previously broken Elvis Presley’s record several years ago).  Drake will likely rank as the top charting artist of the 2010s when that list is tallied at the end of 2019.

Yet as compelling as Drake’s story has been, even more symbolic of the changing of the guard since Lil Wayne last ruled are the new rappers who’ve emerged since 2011.

Superstars like Kendrick Lamar and J. Cole have been the most critically acclaimed of those who hadn’t yet charted when Tha Carter IV was on top.  Since then, they’ve had a combined nine albums top the chart (five by Cole, four by K-Dot).

Additionally, Atlanta-based rapper Future has had five No. 1 albums – all in the past three years.  He’s one of 24 rappers to achieve their first No. 1 album in the seven years since Weezy’s Carter IV.  That’s a list that also includes Migos and Lil Uzi Vert, two acts who – along with Future – have taken the trap-music style that Lil Wayne arguably started and elevated it to become one of hip-hop’s hottest subgenres.

Also blowing up since Lil Wayne’s last heyday is the young rapper he outsells to take the No. 1 slot on this week’s Billboard chart: the popular artist Logic.  Two of the Frank Sinatra-loving rapper’s albums/mixtapes have reached No. 1 in Billboard since 2017 and his latest, YSIV (Young Sinatra 4), might have been his third in most other weeks.

But Logic’s album debuts (and presumably peaks) this week at No. 2 behind Tha Carter V, proving that the more things change, the more they stay the same.  It was never a good idea for another rapper to issue a new album during a Lil Wayne release week back then and, as we learned this week, it still isn’t a good idea today.

Suffice it to say the 36-year-old Weezy wasn’t ready to let go of the chart-topping part of his past just yet.  The now-elder statesman still has a story to tell with 23 introspective tracks that have a runtime of 90 minutes and, in some cases, were years in the making.

Lil Wayne’s pairing on the new album with old-schoolers like Ashanti, Snoop Dogg and Mack Maine, along with the 2000s vibe of many of V’s tracks, is further evidence that – despite all the changes in hip-hop since Tha Carter IV was a hit – the rapper wasn’t interested in abandoning the past to return to the top in 2018.

Given the legal fight Lil Wayne just endured to get to this point, it’s understandable that the new album would be produced and released solely on his terms.  The  album follows Weezy’s release from Cash Money Records after a grueling four-year dispute and court case against the label and its CEO, Birdman.

Weezy’s release from Cash Money became official in June 2018 and is perhaps the most important of the many changes to occur in hip-hop since 2011, at least from Wayne’s perspective.

That’s a change the hip-hop community was apparently anticipating as well, judging by the warm reception that the resultant album is receiving from critics and consumers alike.

Tha Carter V may be Weezy’s redemption, but it’s also a sign that the 2018 hip-hop community is just as happy to see and hear from Weezy as the 2011 community was… perhaps even more so.

Welcome back to the top, Lil Wayne.

A lot has changed in hip-hop, but it’s good to have you back.

DJRob is a freelance blogger who covers R&B, hip-hop, pop and rock genres – plus lots of music news and current stuff! You can follow him on Twitter @djrobblog.

5 Replies to “Welcome Back To The Top, Weezy! A Lot Has Changed Since You Were Last Here…”