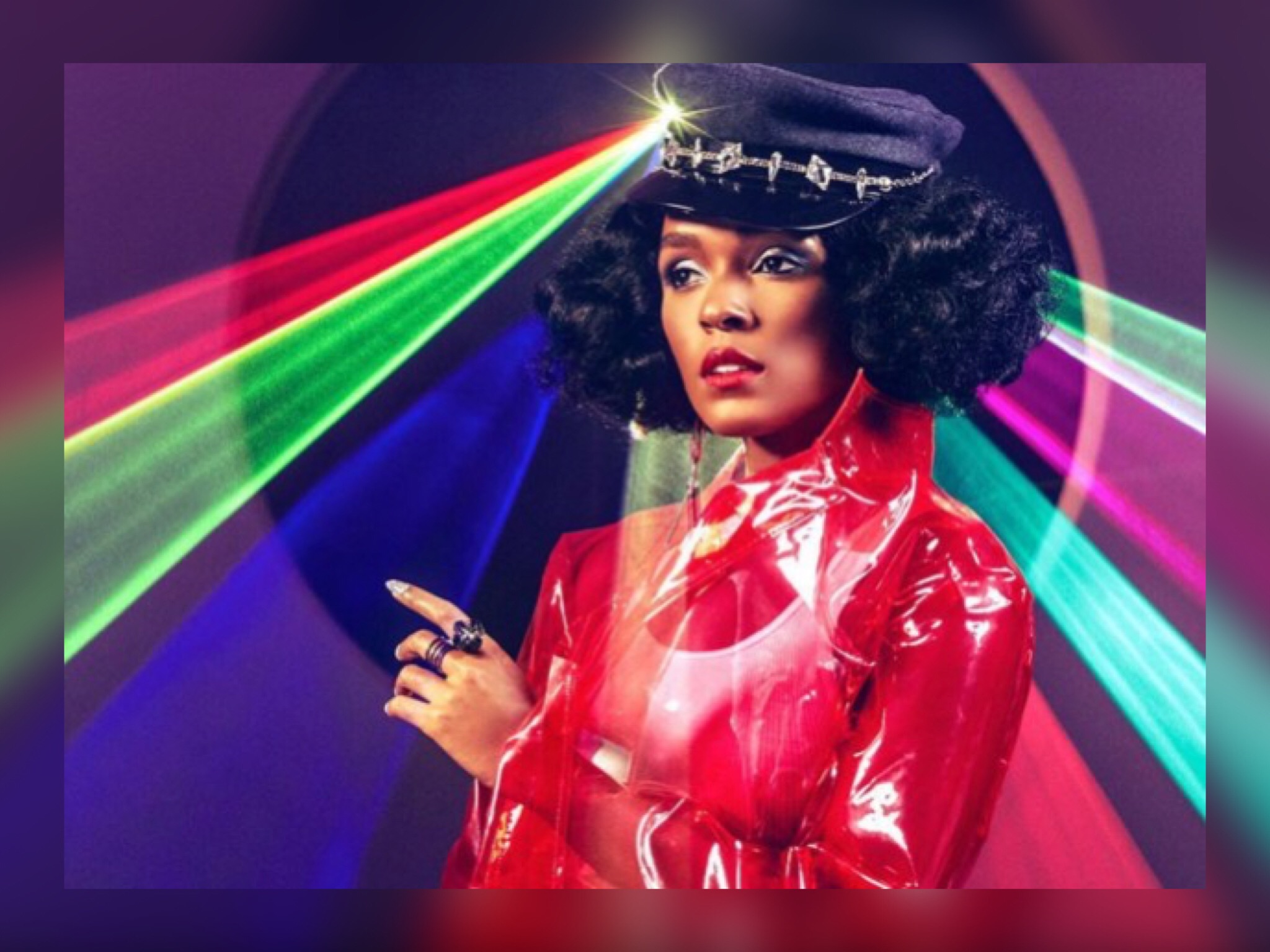 And her most powerful weapon is love… in all its glorious forms, colors, shapes, sizes and ages.

Oh, and let’s not forget sexual identities. Having only recently declared hers as “pansexual,” there was plenty of alternative-love celebration happening at her recent concert here in Chicago.  If Pride month ended a week earlier, few in attendance at Janelle’s Chi-town stop got the memo.

Janelle Monáe and her band of outcast warriors descended on the Chi Thursday night at the Chicago Theatre, with a sold-out, two-hour show that had everyone on their feet from start to finish on a night when Monáe was clearly their “Q.U.E.E.N.”

If “outcast” seems like a harsh label, that’s certainly not intended.  To the contrary, it’s an acknowledgement that this group likely wouldn’t have felt this at-home at any other concert in 2018.  Where else would you have found the intermingling of straight, gay, and mixed-race couples and people decked in top hats, long pink chiffon gowns with sequins, zebra-striped shirts with shoes to match, and various other striking ensembles along with jeans and t-shirts, business suits, dreds, braids, mohawks and everything in between?

Monáe’s throngs of followers number far greater than I would’ve imagined and they came in all hues, shapes, sizes, ethnicities, ages, fashion senses and physical limitations.  But they came with a singular goal: to get affirmation from Monáe, someone who is part of a demographic that is as unlikely to rise above the social basement as there is in this country.

Monáe has the triple-strike of being black, female and gay in America (okay, she’s pansexual, but that includes gay), which arguably places her at the lowest rung on this country’s social justice ladder.  But that isn’t holding her back. And she wants her band of rainbow-colored tribe members to know that their lot in life shouldn’t for them either.

Once an elusive figure, Monáe is making it clear these days who she is and how she loves.  No longer wearing her android alter-ego Cindi Mayweather as a sort-of alibi entry into the alternative-love world, the “I Like That” singer wowed the crowd with many in-your-face ditties from her latest project, Dirty Computer, the current tour’s namesake, with familiar fare from her first two albums and her 2015 EP thrown in for good measure.

She made her grand stage entrance with a dramatic video-enhanced rendition of the new album’s title track (with a gurney presumably carrying the singer across the stage thrown in for added theatrics).  The crowd roared its approval – the desired effect having been achieved.

That was followed by “Crazy, Classic Life” and the metaphorical “Take A Byte” – both also from the new album.  In fact, twelve of Dirty Computer’s fourteen tracks populated Monáe’s 18-song set list, with the six other tunes coming from her earlier releases.

Messages of unity, inclusion and self-love abound on her latest effort, which has been hailed by many as her best work to date.  And with Janelle those messages come across as legitimate – not contrived statements that musicians too often deliver in the wake of some triggering event like an election result, a mass shooting or the latest police-involved killing of a black man.

Her legitimacy as message-bearer for racial and sexual unity resonated during her performance Thursday night.  For instance, during “Crazy, Classic Life,” when Monáe sang “we don’t need another ruler; we don’t need another fool,” there was little doubt who she was targeting.  And whatever doubt there was, she later completely removed during a monologue where she extolled the nation’s once-celebrated values of inclusion, family, unity and love – at one point specifically protesting the current immigrant situation at our southern border.  Again, the crowd signaled its approval in near unanimity.

When she’s not tackling prejudice and racism, Monáe takes on the subject of love – often blurring the line between the spiritual and carnal.  She sometimes shamelessly crosses that line to keep things light.

On the poppy, pulsating “Pynk,” for example, she sang “Pynk, like the lips around your… maybe; Pynk, like the skin that’s under… baby; Pynk, where it’s deepest inside… crazy; Pynk beyond forest and thighs…”  Whatever the lyrics left to interpretation about her area of focus, her pink, labia-like pant wardrobe confirmed, as did the “pussy power” images that flashed in pink on the screen behind her.

Janelle Monáe fully embraced this alternating between sex celebration and delivering empowering messages to the mass of diversity filling the room.  And when she wasn’t commanding the stage, she was speaking directly to that audience.

For instance, during the appropriately titled “Cold War,” Monáe reminded people to take care of themselves, saying “Mental health is important. Depression is real. Love yourself… We’re in this together. We’re not alone. It’s okay to be afraid. It’s okay not to have all the answers.”

The proceedings weren’t always so serious, though.

In a more celebratory moment during the funky “I Got The Juice,” she called about a dozen audience members to the stage to show Monáe and the rest of us their “juice.”  Each person then proceeded on the singer’s queue to individually dance their asses off as if they were competing with Monáe’s own very capable dancers to accompany her the rest of the tour.

In that same song, after the “guests” exited the stage, Monáe chanted the refrain: “if you try to grab this pussy cat, this pussy grab you back, hey!” – another thinly veiled reference to recent headline news generated by the would-be commander of Monáe’s supposed opposition army.

This writer once thought of Monáe as an enigma, an elusive background figure decked in signature black-and-white who was difficult to figure out…musically or otherwise.  It was an impression formed by casual listens to her earlier moderately successful projects and an occasional sighting at awards shows in which the singer usually embraced all of her early influences (Prince, James Brown and Michael Jackson among them).

Now as headliner, it was clear Monáe was the field general rallying her troops in a funk call-to-arms – both those troops sharing the stage and those in the audience – in the fight for love.  Her army hung on her every message of self-love, love of others and the rights of others to love whom they want – how they want.

She drove home her points in the set’s final number, “America,” where the singer and her dancers laid out several (very reasonable) justice-seeking demands in “Rhythm Nation”-like cadence.  Until those things happen, this is not the America that Monáe and others sharing her ideals are willing to embrace.

Simply put, if I’m going to battle against those who’ve peddled hate in recent years, I want Janelle Monáe – the clear embodiment of love and diversity – on my side.

Her message is that the battle for love and against hate is one in which we’re all equipped to fight… that is, if we are willing.

One thought on “Review: Janelle Monáe Leads The War On Hate At Chicago Show”