Rap’s Newest Number One Album! (and a retrospective look at its first one) 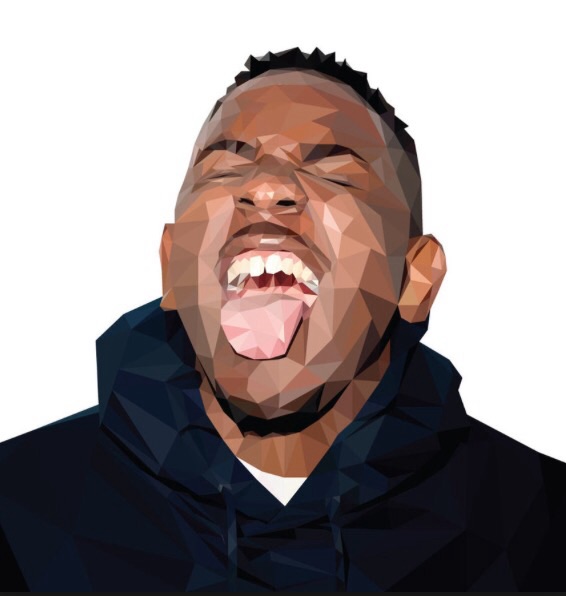 As hip hop celebrates its latest crowning moment with the debut of Kendrick Lamar’s critically acclaimed new album, “To Pimp A Butterfly,” at Number One on the Billboard 200 album chart, the timing couldn’t be better to pick up Part 2 of my rap music retrospective on hip-hop’s four-decade evolution.  Part 2 naturally picks up where the first one left off – in 1986, the year that saw the release of rap’s first-ever Number One album, a feat it would accomplish the following March.  This article celebrates hip-hop’s latest chart-topping album by taking a quick look back at its first – an album that broke down several barriers and helped make it possible for the many rappers that have followed, like Lamar, to enjoy the mainstream success they have throughout the last three decades.  I also reflect on rap’s resilience through the years and how it could’ve taken a completely different (terminal) path after that first Number One album, by suffering the same fate as other primarily black music genres had before it, but alas it did not.

That first #1 album – “Licensed To Ill” by the Beastie Boys on Def Jam Records – was a “rock-rap” album by a trio of guys from New York City who had previously been associated with punk music before delving into hip-hop. Incidentally, these were three white guys who, with “Licensed,” exposed rap to a much larger audience than their black predecessors had up to that point.

“Licensed” marked a cultural and musical shift for rap, incorporating elements of rock (heavy electric guitar riffs) into a genre that had been primarily disco- and funk-based.  This creative territory had been charted by Run-DMC at around the same time (with Rick Rubin serving as both acts’ producers in 1986), and although “Licensed To Ill” maintained some of the countercultural lyrical, sampling and turntable record-scratching funk elements that black rappers had used – with songs like “Paul Revere” “The New Style,” “Hold It Now, Hit It,” and “Brass Monkey” among others – the Beastie’s racial makeup made them much more accessible to MTV and pop radio, paving the way for rap’s first multi-million seller.

The success of that album could’ve easily negatively impacted the integrity of rap/hip-hop as a street-credible black music genre with its white MCs and rock/rap hybrid approach.  However, as this article will attest, it did anything but that.  Instead it opened doors for the many rap artists that would follow – black, white, Latino or otherwise – and helped turn rap and hip-hop from a 1980s subculture to a mainstream multi-billion-dollar institution, making it one of the longest-lasting, most provocative and innovative (not to mention lucrative) entertainment forms in modern music history.

But it did not have to turn out that way.  As history has shown in a country that has always struggled with race, black music styles or the musicians that created them have not always fared well when their commercial potential is realized by white artists who’ve subsequently adopted the styles as their own.  Two historical musical genres come to mind as examples: rock-and-roll and disco.  The roots of early blues/rock-and-roll were laid by black acts like Fats Domino, Chuck Berry, Little Richard, the Ink Spots, and Chicago’s own Bo Diddley in the 1940s and early-’50s.  When Elvis Presley, Bill Haley, Johnny Cash, and later the Beatles came around in the late-1950s and early-’60s and made rock-and-roll (and later “rock” by its shortened name) their own, rhythm-and-blues-based rock was relegated to a niche sub-genre, with the founding fathers never reaping the financial rewards that their white counterparts had and would continue to do.

Twenty years later, another primarily black music genre – disco – which had evolved from soul/R&B/funk and had resonated with many minority groups and cultures (including blacks, Latinos, and gays), suffered a similar fate when a white folk/pop group dabbled in it.  Unlike rock-and-roll before it, the marriage of artist (the Bee Gees) and genre in this case had a much more tragic outcome for both entities.  The Bee Gees and disco saw sudden and quick declines in popularity after an 18-month period of over-saturation sparked by their “Saturday Night Fever” soundtrack in 1978.  When other previously non-disco artists (Rod Stewart, Wings, Rolling Stones, Kiss, etc) began to capitalize on the genre’s huge commercial success with their own disco hits, alongside the exploding successes of many black disco acts within the same timeframe, the music’s in-your-face presence prompted a racially-infused backlash in mid-1979 that led to its ultimate demise after only roughly six years of prosperity.

That has not been the case for rap and hip-hop, however, and there’s no better illustration of rap’s resilience than the success of hip-hop albums in just the past month and a half.  Including this week’s crowning album by Kendrick Lamar, during the past six weeks alone, four rap/hip-hop albums have reached Number One (the previous three were by Drake, Big Sean, and the Cast of ‘Empire’).  That’s half of the eight new albums in 2015 that have reached the top so far.  This marks somewhat of a resurgence of the genre as only five rap albums reached Number One in all of last year, only seven in 2013, and only four in 2012.  Already, there’ve been four in 2015 with nine months still remaining on the calendar!

This week’s latest accomplishment is especially noteworthy because “To Pimp A Butterfly” has both commercial and critical acclaim – a rare accomplishment in hip-hop these days.  Many have relegated Kendrick Lamar’s album to classic status within days of its release, inviting comparisons to John Coltrane with its jazz instrument infusions, and likening Lamar to a “genius” – superlatives usually reserved for legends like Stevie Wonder or long-time, accomplished record producers like Timbaland.  To wit, of the seven tunes that enter the Billboard Hot 100 songs chart this week, six are from “To Pimp A Butterfly,” which has to be some kind of record, percentage-wise.

All of this provides a backdrop for Kendrick Lamar’s album similar to that which existed for that first Number One rap album by the Beastie Boys 28 years ago – not so much because of their styles or sounds, which are quite different.  But because of both albums’ eclectic, innovative and boundary-stretching approaches to hip-hop.  The Beastie Boys went on to sell millions of albums and were eventually inducted into the Rock-n-Roll Hall of Fame (alongside Run-DMC and Grandmaster Flash & the Furious Five as the only rap groups to do so).   Lamar’s current status as fledgling superstar and rap music savior, which is tied to a small but growing young music catalog, could ultimately result in the same for him.  With acts like Lamar waving hip-hop’s flag, the genre is not likely to suffer the fates of rock-and-roll and disco.  Instead, Lamar’s success signals that, despite its commercial and critical highs and lows over the years, hip-hop will probably be around for at least another four decades.

Recommended “To Pimp A Butterfly” tracks: “King Kunta,”   “Mortal Man,”  “The Blacker The Berry,”  “How Much A Dollar Cost,”  “Complexion”

5 thoughts on “Rap’s Newest Number One Album! (and a retrospective look at its first one)”