Skip to content
Featured Artists The Business of Music 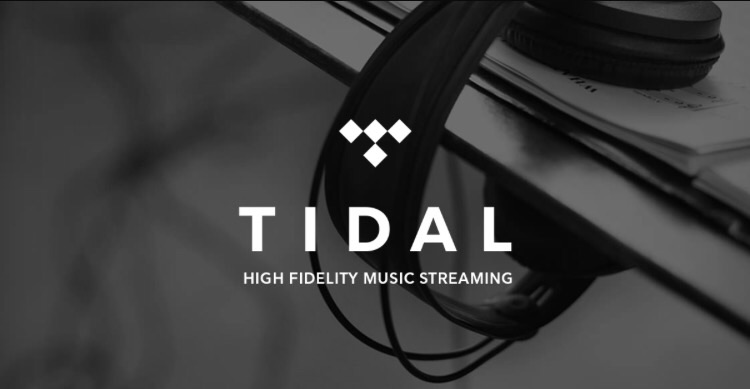 When news of Jay Z’s mega-deal with Tidal Music broke this week, it served as a major notice to the music industry on several fronts, the most significant of which is that music streaming – instead of paid downloads or physical CD purchases in stores – is becoming the wave of the future and increasingly the preferred means by which consumers get their music.  This development has been in the making for the better part of this decade as streaming now makes up about $1 billion in revenue for record labels.  But Jay Z’s business venture marks the first attempt by artists to enter into this fray…as owners.

That $1B figure from streaming is still only a small fraction of the industry’s overall revenue stream, but as a case in point: only a few years after paid downloads (via iTunes and other digital music stores) became the primary means of purchasing music tracks, sales of downloads have been on a steady decline for the past two years.  And we all know the downward trajectory that CD sales have experienced for the past dozen years or so.  CD sales are only a quarter of what they were during their peak in the early 2000s.

Streaming revenue, on the other hand, has taken a larger share of the pie in each of the past five years and doesn’t look to end that trend anytime soon.

The $1B that labels get from music streaming (whether from paid subscription or ad-supported free services) has to be shared with the artists who write, produce and record the music – and that’s what Jay Z’s relaunch of Tidal is purportedly all about.  Artists have complained for years that their pockets have been negatively affected by streaming services like Spotify, Rhapsody or Pandora – especially their free content versions.

Some of the industry’s biggest names are just now starting to do something about it.  One of the most successful recording artists of the past decade, Taylor Swift, has removed her latest album from availability on streaming services, and that album has ranked in Billboard’s top ten during its entire chart life (since December).  And rather than pull his music from Spotify (yet), Jay Z has upped the anti and purchased Tidal – a fledgling streaming service – in a joint venture with several other big-name artists (including his wife Beyoncé, Usher, Rihanna, Kanye West, Nicki Minaj, Alicia Keys, Coldplay’s Chris Martin, Madonna and others) under the guise that artists will be paid higher royalties (or their fair share) from streams on his service than they currently are from Spotify – the current number one provider in this category.

The fact that Jay Z’s relaunch of Tidal comes under the “please support our artists” mantra is no surprise.  After all, artists have complained for years that they don’t receive their fair share of royalties from labels and other distributors of music.  It’s the same battle cry that, for decades, has caused artists to launch their own record labels with the hopes of having more control over their product and getting bigger pieces of the music industry’s huge revenue pie.

What does rub me a certain way is that Shawn Carter and the other co-owners/musicians who were onstage during this week’s press conference announcing Tidal’s relaunch are not the starving artists they’d like you to think they are.  Jay Z is a corporate magnate whose net worth is approaching $1B if it hasn’t already exceeded it.  Because of his stature and longevity in the rap game, he likely has a fatter artist royalty rate in his label contract than most other musicians.

Heck, the mere fact that he and his new business partners could even afford to buy a music-provider service takes him out of my sympathy pool.  The pockets of artists/owners like him and his colleagues will only get fatter if Tidal takes off – in fact, he would now be one of those “corporations” feeding off the work of other artists whose products he features.

Jay Z’s business savvy over the years has been legendary and his prowess is further demonstrated by this timely entry into the streaming game.  He relaunches Tidal at a time when the streaming wars are just beginning to heat up.  Apple is reportedly prepared to launch its own service shortly – adding to an increasingly crowded field of options for consumers (which can only be good for us by the way).  [Admittedly, I’m late to this bandwagon as I only recently delved into Spotify.  But since I have, I’ve opened up my music palate to much more than what my limited CD, record and download collection would have allowed me otherwise.]

Spotify’s revenue model may cause music artists a lot of concern, but (unlike Tidal – so far), the #1 streaming provider has figured out how to make consumers like me happy.  We want to access our music easily and with as little cost as possible.

And if we like the free service enough, we might be willing to shell out the few extra bucks a month to get access to more content via premium services that allow, for example, track downloads to mobile devices or access to higher-definition listening…without commercial interruption (full disclosure: I just upgraded to premium Spotify and I’m liking it).

It’s not likely that I’ll be signing up for Tidal – which as of this article’s publish date reportedly has about 17,000 subscribers  – given my satisfaction with Spotify.  For one, Tidal will NOT be offering a free version with which consumers can test the waters.  Instead there’s a standard $9.99/month service that features normal definition sound quality and limited music content, and a premium $19.99/month deal that offers higher definition and exclusive content.

But my main reason is that I just can’t buy into the whole “starving artist” premise behind it, especially when the artists/owners would rather charge consumers more in order to pay themselves, rather than restructure the existing royalty model using current market prices – from which they say they’re being unjustly paid in the first place.

However, I can’t fault Jay Z and the others for getting into the game. Sometimes, for artists like him, maybe it’s just the principle of not seeing other corporations benefit more from their work that matters most…especially when the artists can afford to do something about it.

2 thoughts on “Tidal…why all the fuss?”