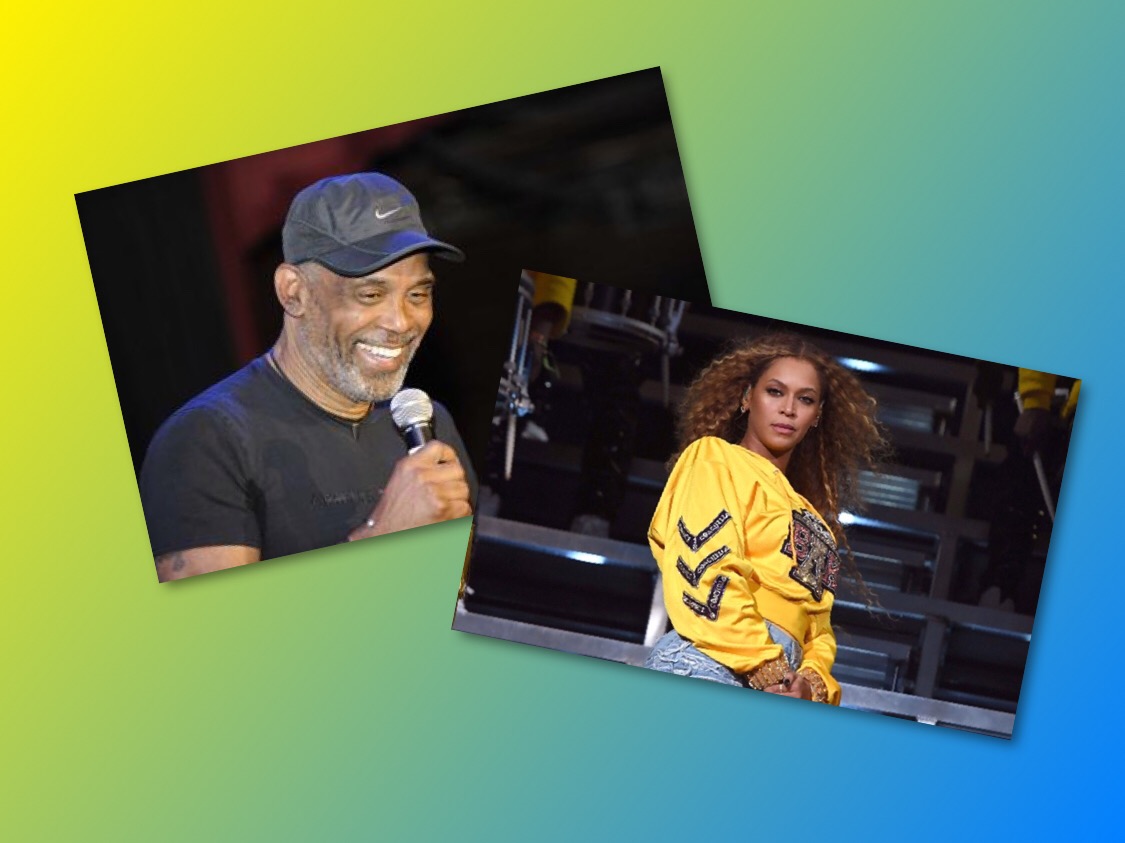 (April 21, 2019). Many Beyoncé fans were pleasantly surprised when they woke up Wednesday morning to the news that their queen had just released a live album – the companion to her Netflix special documenting last year’s historic headlining appearances at Coachella.

Both the film, Homecoming, A Film by Beyoncé, and the album, Homecoming, are indeed a celebration of Beyoncé’s major achievement – being the first black woman to headline what has become the biggest music festival around, with annual grosses now topping the $100 million mark.  (To be fair, Coachella is just concluding its 20th anniversary as I type this, and their arguably hasn’t been a black woman – or any woman – as impactful in that time frame as Bey, so it seems fitting – albeit inexcusably late – that she’d be the first.)

But Homecoming is not just a celebration of “Bey-Chella,” as the record-breaking performance has been dubbed, it’s also a personal tribute to Beyoncé’s black roots – and to black culture in general – what with its very specific nods to the college experience at HBCUs – historically black colleges and universities – the kind that Bey never got to experience herself due to, well, that music career thing that kinda got in the way, but one she appreciates nonetheless.

Yet, even with all the trailblazing that Queen Bey has done throughout her 22-year professional career, culminating with the Coachella experience and last week’s documentation of it, it’s the song that both the film and the album are capped with that goes where few mainstream singers dared go before…

Her cover of Frankie Beverly & Maze’s classic “Before I Let Go.”

Now before any of you keepers of the faith throw those yellow flags on what has been considered sacred ground for nearly 38 years – ever since the Maze tune was released as the second single from their 1981 album Live From New Orleans – you must consider the context in which Mrs. Carter has crafted her take on the ubiquitous hit, as well as the history of the original.

Although it wasn’t intended as such, the original “Before I Let Go” has become a black cultural phenomenon (it was one of four studio tracks recorded for Maze’s first live album, much like Beyoncé’s version is a studio cut on her live Homecoming set).  The understated mid-tempo groove of the Maze hit – with its light tambourine punctuating the post-disco shuffling beat throughout, plus some solid guitar work and Beverly’s gospel-tinged vocals caressing a lyric about an unsure romantic relationship – made it a safe follow-up single, if not a sure-fire hit for a band whose fan base was still growing after the success of their 1980 Joy and Pain album and their fourth top-10 R&B chart single, “Running Away” earlier in 1981.

In fact, during its release, “Before I Let Go” only peaked at No. 13 on the Billboard Hot Soul Singles chart in 1981 (by comparison its predecessor “Running Away” had peaked at No. 7 that summer and “Southern Girl” at No. 9 the year before).  By the time “Before” had exited the charts that December, no one could have imagined that it would become not only Frankie Beverly’s signature song, but the black cultural staple that it is today.

To wit, rarely has a black family reunion, cookout, wedding, homecoming or old-school party gone by without Maze’s “Before I Let Go” being played at some point.  And few other songs that are as old or older (maybe Cheryl Lynn’s “Got To Be Real” or Marvin Gaye’s “Got To Give It Up” come to mind) evoke the kind of unified response that “Before I Let Go” does.  The song has spanned generations in a way that few others have – especially for a record that never even made the pop chart (unlike the Marvin Gaye and Cheryl Lynn tunes mentioned above).

“Before I Let Go” has indeed become the unofficial second black National Anthem – after “Lift Every Voice and Sing,” ironically another song Beyoncé covers on Homecoming.

Which is precisely why, with few exceptions (Mary J. Blige being one), no one before now has dared even approach re-recording ”Before.”  Black musicians in general understand its cultural significance and, rather than tamper with Maze’s iconic classic, have seen it sufficient to let the original speak for itself and its importance in the black music lexicon.

So enter Beyoncé, whose own importance as an artist – a black female one at that – cannot be overstated, especially in the post-Obama era when the recognition and acknowledgement of black culture in general is probably more needed than at any time in recent memory.  Beyoncé has known that for several years, with each of her last few projects exuding blackness unlike ever before.  To recall, think about the pro-black “Formation” and her head-turning performance of that song at the 2016 Super Bowl (not to mention the imagery in its video), or her subsequent album, Lemonade, with its bold take on black feminism and the wife’s spousal independence.

Perhaps there’s no better indicator of Beyoncé’s current cultural direction than the fact that – in this newer musical context – Beyoncé hasn’t had a “pop” hit single in years. The closest she’s come was as a duet partner on Ed Sheeran’s “Perfect,” a 2017 song that was already a hit when she was added as a second credited vocalist, and whose version radio stations ultimately shelved in favor of Sheeran’s solo take before it finished its chart run last year.

To put it bluntly, Beyoncé has alienated more than a few white fans in her “return to blackness,” a blackness (and a feminism) that – if one were to truly examine her 22-year body of work (beginning with Destiny’s Child’s “No, No, No” in 1997) – was always there, if not as bold and in-your-face before as it is today.

And that is why, save for Blige and a dozen or so jazz artists (mostly of the saxophone instrumental variety) who’ve covered “Before I Let Go,” Beyoncé is that rare artist who would risk taking this on.  “Before I Let Go” is the kind of beloved statement song that is not for the faint of heart to attempt.  Beyoncé, however, has the platform where she can unapologetically go where no other artists have gone – and in doing so exalt the black experience like few in her realm can.

From the HBCUs and their marching bands and majorettes that Beyoncé so proudly honored during last year’s Coachella and in the subsequent Homecoming film and album, to the inclusion of her cover of one of the most iconic songs in black music history, Queen Bey is doing just that – celebrating us.

She even throws in a little interpolation of Cameo’s 1987 No. 1 soul chart classic “Candy” during parts of the bridge and coda to punctuate its cultural relevance.

And this writer is not mad at her for doing it.  If nothing else, it’s just another reason to embrace our culture, our successful black women, and an anthem that has been making us shake our collective booties for nearly four decades.

(This article was corrected to acknowledge that Mary J. Blige previously recorded a version of the song “Before I Let Go”).