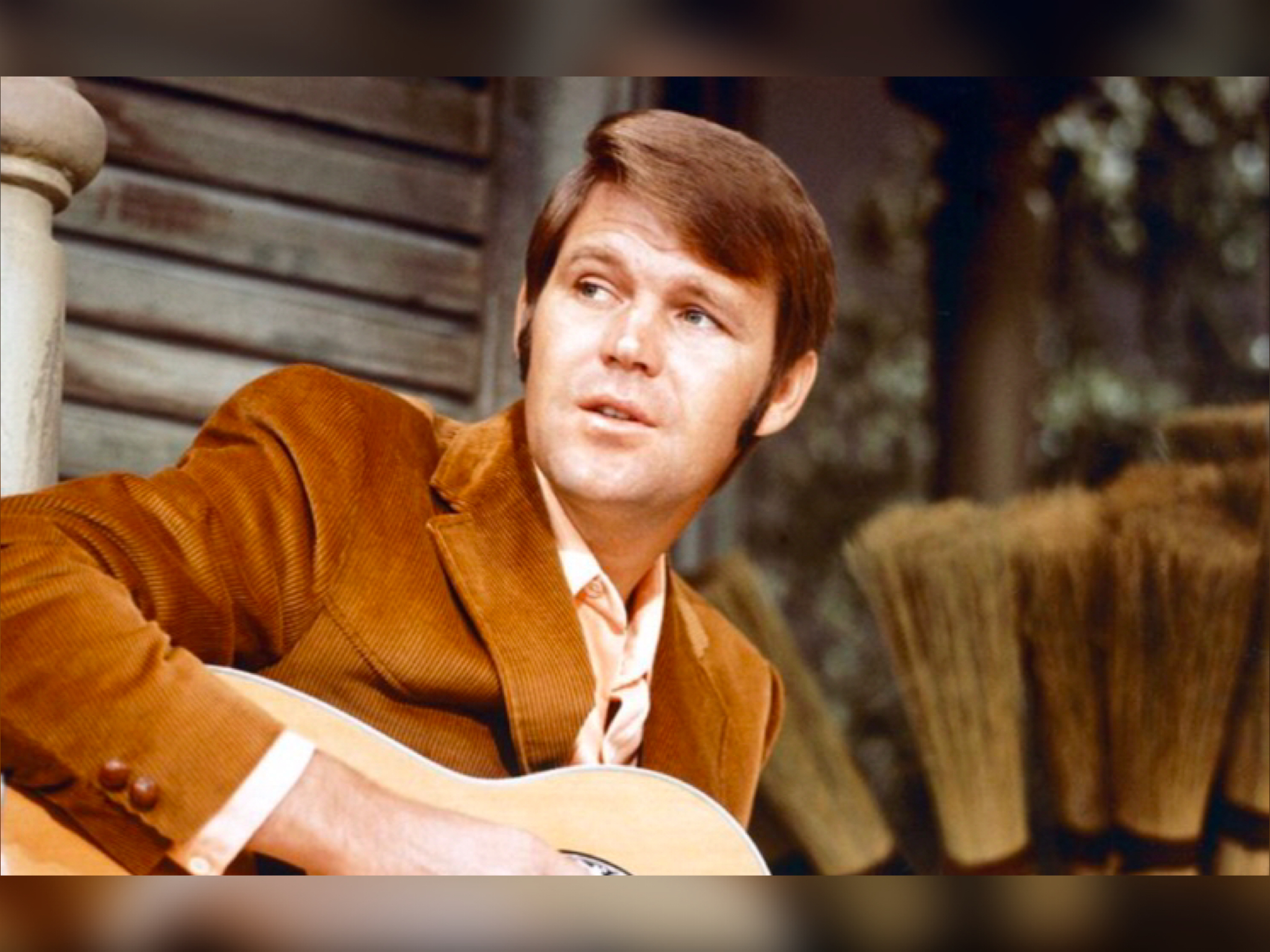 Many of my closest friends don’t even know this, because I didn’t talk or blog about it often.  But I truly admired country singing legend Glen Campbell.

In fact, aside from maybe Olivia Newton-John (yes, she was a little bit country once), Campbell was the first country singer I ever liked.  It wasn’t only because of his music, which was easily relatable in its storytelling, always melodic and, at times, emotion-stirring (I swear someone is in the room chopping onions every time I hear “Wichita Lineman”).

No, I also admired him for his sheer showmanship and versatility.

For instance, I recall when the “Southern Nights” singer once hosted a popular TV variety series while I was a small and musically impressionable child in the early ’70s.  I remember him being a very affable guy who could mix it up with the likes of soul artists like Stevie Wonder, host pop music awards shows (he hosted the American Music Awards thrice in the 1970s), and give you heartfelt country tunes that, despite their pop sensibilities, somehow remained true to Campbell’s  country music roots.

To that end, Campbell was one of the reasons I grew up loving pop music, and why I could tolerate some of the twang and lulling simplicity of country music as well.

Glen Campbell died Tuesday in Nashville at age 81, after a six-year battle with Alzheimer’s, leaving behind a legacy of great pop and country music built during a career that spanned over half a century and included huge hits like “Rhinestone Cowboy,” “Galveston,” and “By The Time I Get To Phoenix.”

He also earned mad respect from a legion of fans and fellow musicians alike, respect that positioned him as a great side-man who played with the likes of artists like Nat King Cole, Frank Sinatra, The Beach Boys (he played guitar on their legendary Pet Sounds album) and Elvis Presley, among many others.

When he later focused on his own solo career, Campbell could do little wrong.  He had a string of hits in the late ’60s and early ’70s before things began to cool down.  Then, in 1975, his “Rhinestone Cowboy” became the second-biggest selling song of 1975 and his first triple-crown No. 1 hit, reaching the tops of the Billboard Hot 100 (pop), Country and Adult Contemporary singles charts.

Less than two years later, he repeated that feat by topping all three of those charts with his remake of Allen Toussaint’s “Southern Nights.”  Excluding Elvis Presley, whose songs often topped the pop, R&B and country charts simultaneously, Glen Campbell became the only male country singer to have two No. 1 hits on the Hot 100 until Kenny Rogers did it six years later.

Interestingly, no country singer has done it since.

Indeed during his peak, Campbell was on top of the pop, country (and adult contemporary) worlds.  But his battle with Alzheimer’s dominated much of the news of his later years.  The coverage of his fight with the debilitating brain disease became so synonymous with his name, it left some of us wondering when, not if, the next news we’d hear about him would be that which finally came Tuesday.

Yet, as anticipated as it was, the news of Campbell’s death was still hard to take because it was yet another reminder of a bygone era whose representatives are leaving us one by one; an era when someone like Glen Campbell – a no frills, immensely talented singer, songwriter and instrumentalist – could rise to popularity on those merits alone.  While it’s true that the Arkansas-born singer’s camera-friendly looks made him that much more marketable, it was surely his musical talents – including that unmistakable tenor voice – that carried him onto radio and into our hearts back in the late 1960s and throughout the ’70s.

His last effort, a 12-track set of songs he recorded five years earlier called Adiós, was released in June of this year as a farewell to his many fans, friends and family, bringing with it even more reconciliation and closure for the many who’ve closely followed his battle.

That album cracked the top 40 on the Billboard 200, extending his chart career to just shy of 50 years on Billboard’s main album chart.

From one perspective, that would be a nice capper for such a legendary career: another milestone chart achievement for a singer who used to acquire those with a regularity few others could match.

From another, it was the capper we didn’t want to see happen, even if in the back of our minds we knew it was likely for the best.

Now, Campbell has found his wings and may rest in peace – free from a disease that defined his later years, but which certainly didn’t take away from what he gave us during the earlier ones.

In that regard, he will always be remembered for musical gifts he left us like “Rhinestone Cowboy,” “Southern Nights,” “Wichita Lineman,” “Galveston,” “By The Time I Get To Phoenix,” “Country Boy (You Got Your Feet In L.A.)” and “Can You Fool,” – and so many other tunes that brought joy to millions during the late 1960s and ’70s, and that made him – at least to me – the coolest country-pop singer there ever was!

After 2011, Campbell seemingly reconciled his fate early and openly – at least judging by the music he recorded.  If there was ever an artist who could invoke the emotion of such a tragic circumstance in a song, it was the Rhinestone Cowboy himself.

A tune he cowrote and recorded in 2013, and released the following year for a TV documentary about his diagnosis, called “I’m Not Gonna Miss You,” poignantly captured the dilemma, by lamenting the irony of all the fuss being made by people who the singer wasn’t going to be able to remember anyway, as he put it.

Coming from anyone else, such lyrics would seem crass and insensitive, but Campbell instilled just enough gentleness and compassion to make us almost understand the perspective from which he was singing.

That song notably became Campbell’s first entry on the Billboard Hot 100 in over three decades (his previous being “I Love My Truck” in 1981). It also won him a Grammy the following year for Best Country Song.

Check out the video of “I’m Not Gonna Miss You” below, followed by videos of my two personal favorites, “Southern Nights” (including a surprise performance afterwards) and “Wichita Lineman.”

“Southern Nights” with Cher duetting on other songs: