Nicki Minaj, Cardi B & others combine for a historic first, but it’s overshadowed by a petty beef among female rappers. 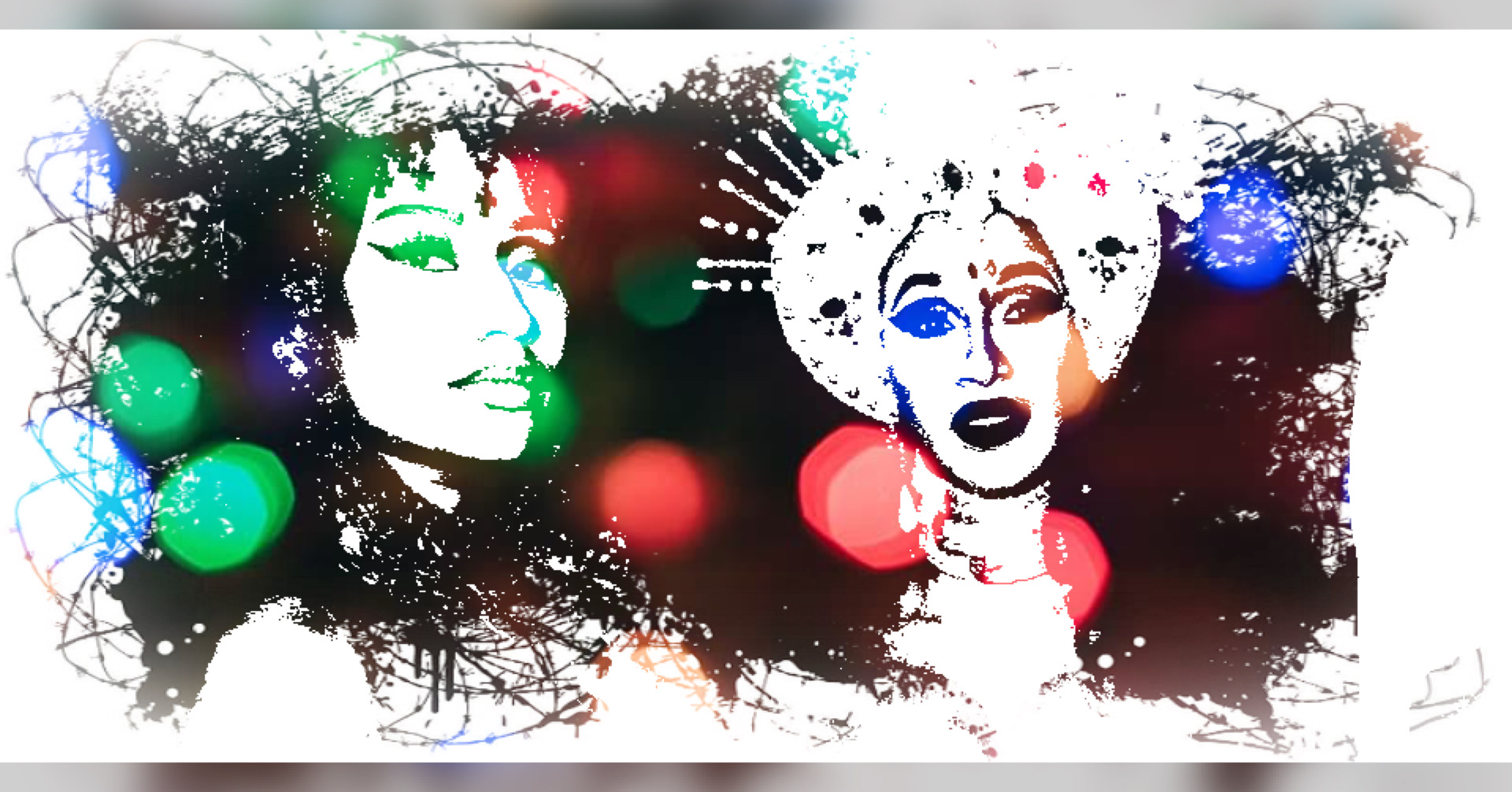 (October 5, 2022).  An amazing first-time milestone has occurred on the Billboard charts this week, thanks in part to superstar rappers Nicki Minaj and Cardi B who, in an ideal world, would be rejoicing in unity, not continuing to fan their ridiculously petty beef with toxic tweets and avatar pic changes meant to troll one other.

Nicki and Cardi, along with several other women, combine to give female rappers unprecedented representation in the top ten of Billboard’s Hot 100 chart this week.

And if you don’t count Post Malone among rappers—he has said he doesn’t consider himself one—then the women account for all of the hip-hop artists in this week’s top ten.

Let’s breakdown where female spitters stand in this week’s top ten (dated October 8, 2022).  Note: there are some caveats, which the blog will elaborate on below.

First, Doja Cat—who does consider herself a rapper—is at No. 4 as a featured artist on Post Malone’s “I like You (A Happier Song).”  The song may not be considered hip-hop, but Doja Cat sing-raps in the tune’s verses.

At No. 6 is Nicki Minaj’s former No. 1 single “Super Freaky Girl.”  Back in August, it became Minaj’s first No. 1 as a solo artist.  Her two previous No. 1s were in collaborations with Doja Cat and 6ix9ine, both in 2020.

Debuting on the chart at No. 9 is “Tomorrow 2” by Memphis femcee GloRilla, on which veteran rapper Cardi B is featured.  GloRilla is enjoying her first top-10 hit, while this is the eleventh for Cardi (a point that factors into the beefs we’ll get to later).

And at No. 10 is Lizzo’s “About Damn Time,” also a former No. 1 Hot 100 Hit.  Now, admittedly, this is also not a hip-hop track—similar to “I Like You” above—but Lizzo is considered both a rapper and a singer by profession, so her inclusion on this list is dubious but warranted—at least in terms of rapper representation and her contribution to the ladies’ unprecedented achievement.

So that’s five female rappers or part-time rappers—Doja Cat, Nicki Minaj, GloRilla, Cardi B and Lizzo— credited in the top ten simultaneously… something that has never happened previously in Billboard.

Even if you don’t count Lizzo’s song as a rap tune, that leaves four credited female rappers in the top 10, which is still more than there’s ever been in a single week.

And Billboard doesn’t even include the women that are featured on the “Queen Mix” of Nicki’s “Super Freaky Girl”—fellow female rappers JT (of City Girls), BIA, Katie Got Bandz, Akbar V, and Maliibu Miitch—because their version doesn’t account for more than 50% of the song’s overall radio/sales/streaming activity.

If those five additional women were also credited on the chart, then there’d be 10 female rappers (or nine not including Lizzo), and zero male MCs in this week’s top ten.

Under ideal circumstances, this would be cause for celebration.  These women would be celebrating their milestone and one another…holding each other up and praising their sisters for what they were able to collectively accomplish.

But these are the ratchet 2020s, and rap culture demands that these women build themselves up by cutting down their counterparts, particularly those they consider “opps,” and carrying on a ridiculous, sometimes fan-instigated beef that is both petty and borderline dangerous.

The friction between arguably the two most successful female rappers in history, Nicki Minaj and Cardi B, is particularly thick.  In just the past two weeks alone and what is clearly a guilt-by-association motive, Cardi has exchanged Twitter barbs with three of the principal rappers (JT, Akbar V and now Maliibu Miitch) featured on Minaj’s “Queen Remix.”

One of them was fueled by JT not including Cardi in a congratulatory message to GloRilla after “Tomorrow 2” made its splashy chart debut.  Cardi, who is credited both on the song’s label and the Billboard chart, was triggered by JT’s response to a fan who called her out for the slight.

In her explanation, JT noted that Cardi’s been making top-10 hits for years and “Tomorrow 2” was GloRilla’s first one, hence the solo congratulatory message.  Cardi responded by calling JT a “lapdog,” who then responded by calling Cardi a “wiener dog.”  Cardi then began questioning JT’s talent and chart performance, which led to more vicious exchanges between the two women.

Following their Twitter fight, Nicki Minaj changed her Twitter avi to a pick of JT, prompting Cardi to change hers to fellow rapper Remy Ma, who has notoriously beefed with Minaj.

“Super Freaky” collaborator and self-proclaimed gangsta Maliibu Miitch took things down a more dangerous path when she suggested (again, after a fan pulled her into the argument by suggesting she might be Cardi’s next Twitter target) that the two of them would need to settle things the old-fashioned way—in-person on the streets of the Bronx.

Seemingly half-joking, Miitch tweeted “I still be thinking the only solution for running your mouth on the Internet is me puttin hands and feet on u real lyfe” before acknowledging “this is how I know I’m not right in the head.”

After further tweets suggesting that she and Cardi meet in a street fight, Cardi posted a short video of herself apparently somewhere in the Bronx captioned “I’m around.”  The meeting never materialized prompting Miitch to suggest that Cardi chickened out after only being there for an hour and disappearing.

If this blogger writes anymore about these ridiculous exchanges then the article would be devoting more time to the beefs than to the historic chart milestone that these women unwittingly teamed up to accomplish in this week’s Billboard, so we’ll stop there.

But ladies—and Barbz and Bardi gang members—do yourselves a favor and, for once, find some common ground on which to stand.

Blitzing your male hip-hop counterparts out of this week’s Billboard top 10 and having record-breaking representation in the chart’s upper echelon is a great start!

The hip-hop rags haven’t noticed this accomplishment and so it hasn’t gone viral.  Instead, they’ve given nonstop coverage to who Cardi might go head-to-head with next or how Nicki is allegedly obsessed with Cardi’s every move.

Fans could go a long way in helping to squash the beefs by tweeting and retweeting this, while tagging their female rap principles and reminding them that this is cause for unity in celebration of an amazing accomplishment, even if much of it is rooted in nonsense and ratchetness.