Skip to content
Featured Artists I Don't Get It - or Maybe I Do In Memoriam... R&B Music Commentary

This wasn’t how we wanted to commemorate Aaliyah on the 20th anniversary of her passing…was it? 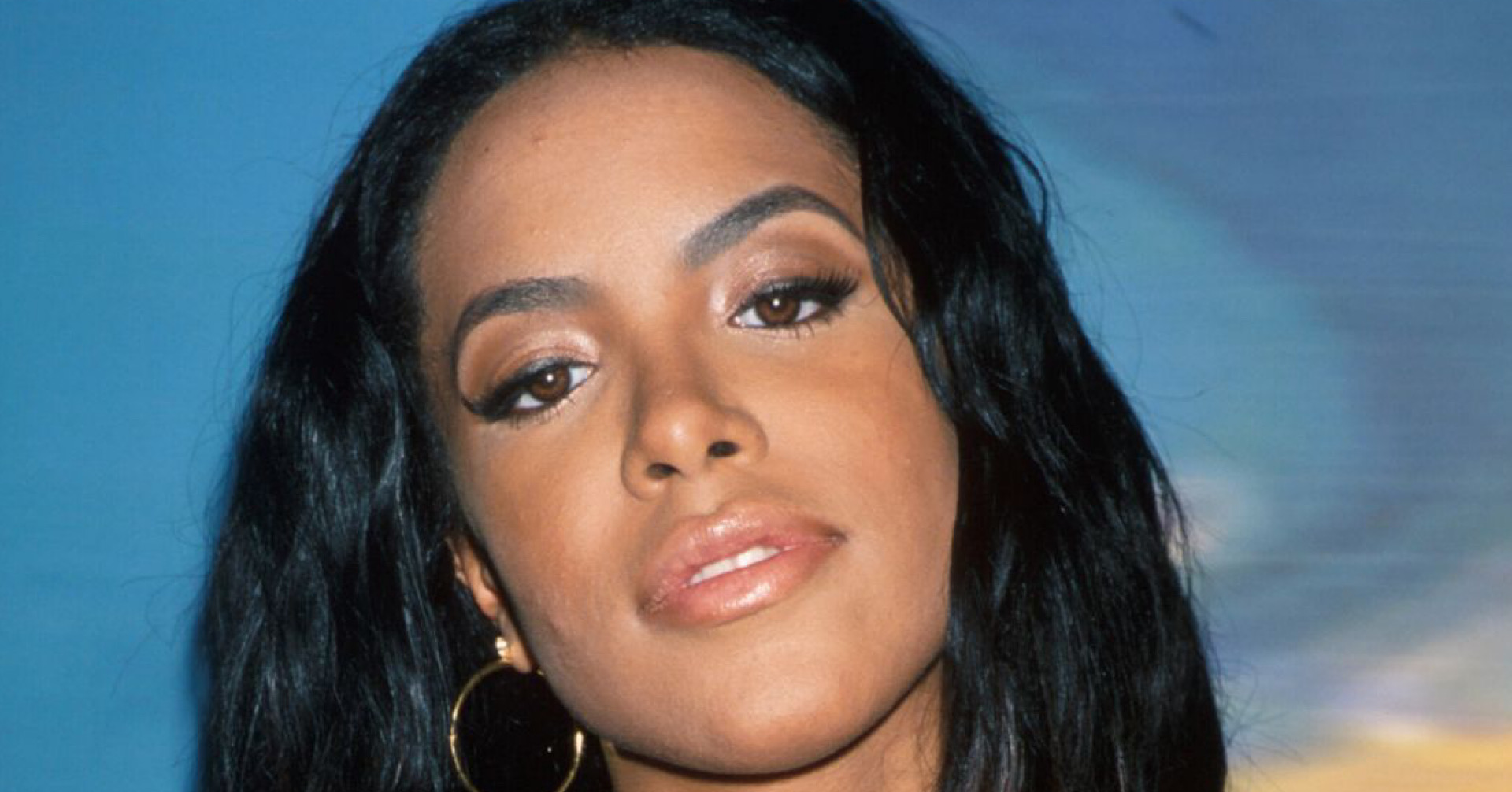 (August 19, 2021).  The late Aaliyah Haughton – known by millions of adoring fans simply as Aaliyah – is still perhaps the most significant R&B artist of her era to pass away while in the prime of her career.

Testimony to that assertion is the fact that she is the last female and the last R&B artist, aside from Michael Jackson and Prince, to have an album reach No. 1 posthumously on the Billboard charts (Aaliyah, her third album, reached No. 1 in September 2001, just weeks after the plane crash that took her life in the Bahamas on August 25 that year).

Now, Aaliyah arguably has that same legendary status that has befallen other gone-too-soon musicians, people like Sam Cooke, Jim Morrison, Jimi Hendryx, 2Pac and Biggie – all of whose legacies loom larger now than when they were alive.

That’s a dubious honor indeed and perhaps a bit of solace for Aaliyah’s fans who’ve continuously had to take the good news with the bad when it comes to their “Baby Girl.”

With the 20th anniversary of her passing fast approaching, there certainly doesn’t seem to be any shortage of good and bad news surrounding our Princess of late.  And while some of it would seem pleasing to her many fans – like the long-awaited imminent release of her music on streaming platforms like Spotify and Apple Music – it feels like even the “good” news is shrouded in a cloud of controversy.

For instance, it’s been known for years that Aaliyah’s label, Blackground Records, has had much of her catalogue on lockdown since her untimely death.  The label – founded and recently revived by her uncle Barry Hankerson – has withheld her music from streaming services at the demands of her estate, partially represented by Hankerson’s sister and Aaliyah’s mother, Diane Haughton.

The only Aaliyah album that has been digitally available to consumers since 2001 was her first – 1994’s Age Ain’t Nothin’ But A Number – which was produced by R. Kelly and recorded for Jive Records (before Blackground switched its distribution to Atlantic Records). That happened after it was revealed that Kelly had illegally wed a then-15-year-old Aaliyah during the year of the presciently titled album’s release, more on that in a moment.

But starting Friday, August 20, much of her remaining catalogue will arrive on streaming  services, beginning that day with her 1996 second album, One In A Million, which featured her second No. 1 single on the Billboard Hot R&B/Hip-Hop songs chart, “If Your Girl Only Knew.”  That will be followed in succession over the coming months by her third album, Aaliyah, and posthumous releases Ultimate Aaliyah and I Care For You, as well as several other previously unavailable soundtrack and one-off singles like the radio classics “Are You That Somebody?” and “Try Again.”

The announcement of her music’s pending streaming availability is welcome news to Aaliyah fans, but not so much to her estate, which has issued some confusing statements to coincide with the label’s big reveal.

Earlier this month, a lawyer for the estate released the following: “For almost 20 years, Blackground has failed to account to the estate with any regularity in accordance with her recording contracts. In addition, the estate was not made aware of the impending release of the catalog until after the deal was complete and plans were in place.”

Billboard then quoted a Blackground representative’s response that the estate “will receive everything that it is entitled to” and that it had already received a royalty payment in 2021.

It’s understandable that there are conflicting interests at play here.  On the one hand, the label and the uncle have a vested financial interest in their late artist, who was Blackground’s cash cow.  If there were contractual clauses entitling Hankerson and company to the types of benefits other labels and artists have enjoyed for decades in the digital streaming era (while other sources of consumption have taken a backseat), then he is only exercising his contractual rights.

On the other hand is a grieving family and mother who may want to preserve Aaliyah’s legacy and perhaps keep parts of her to themselves, maybe because of the way she went out.  It’s speculation at this point, but the lawsuits filed between the estate and the label over the years would suggest that there may still be some bad blood and blame going around between family members on either side of this issue.

In other Aaliyah news…

While fans will likely be happy to have easier access to Baby Girl’s music regardless of the circumstances, they can’t at all be thrilled by the other news involving Aaliyah that has resurfaced in recent weeks.

For instance, a new book alleges that a reluctant Aaliyah was carried drugged and unconscious onto that fateful flight where her life ended moments later.

Then there’s an ill-timed release of a 37-second snippet of a track by Aaliyah featuring the rapper T.I. called “Never Do.” The timing to be associated with T.I. couldn’t be worse with the rapper recently doubling down on homophobic statements he made in his defense of fellow rapper DaBaby’s offensive comments at a July concert in Miami.

The most glaring news story, however, is that of her one-time producer, mentor and (illegally wed) ex-husband R. Kelly, who is now standing trial in Brooklyn, NY for sex trafficking and racketeering charges, including the alleged recruitment of underage girls for sex. The details of Aaliyah’s relationship with Kelly have predictably resurfaced, with the troubled producer’s lawyers conceding for the first time that “Mr. Kelly had underage sexual contact with” the deceased singer, denoted as “Jane Doe #1” (this testimony was reportedly later retracted).

It’s troubling to realize nearly three decades later that Aaliyah may actually have been the first of many victims of Kelly’s alleged pedophilia, and that their relationship was brushed off by many as just a scandalous celebrity couple who consented to their union (and whose parents must have known and allowed it).

On the contrary, the signs were there that a 15-year-old Aaliyah was under the thumb of a Svengali-like figure, with a debut album, singing style and appearance that had Kelly’s fingerprints all over them.  Sure, Aaliyah’s career benefited from their connection, but at what cost?

The silver lining in this subplot to Aaliyah’s legacy is that Kelly is now standing trial in New York (and facing other sex-related charges in Illinois and Michigan) where the presumed innocent singer/producer is having to reckon with what has been, at best, an inexplicable and inappropriate association with minors who somehow wound up in relationships with him.

Regardless of how Kelly’s trials end, Aaliyah’s inextricable history with him (and the very nature of that history) means that her name will likely come up in virtually every news story covering him, especially when it coincides with the 20th anniversary of her death.  It didn’t help that the only Aaliyah music available on streaming services for nearly two decades has been the R. Kelly-produced first album.

Maybe it was Hankerson’s desire to change that last reality that’s driving the effort to get her other music out there as soon as possible.

Because on the 20th anniversary of her untimely death, we want to remember her for all the good stuff she did for music and the enjoyment she gave her fans in just short 22 years on this earth.

I’ll never forget the moment I first heard the news that Aaliyah had passed away.

I was at a club in downtown Richmond, VA on a Saturday night.  Living in Charlotte, NC at the time, I had been in Richmond because my mother was having surgery that week.

About two hours into his set, the deejay interrupted the music to inform the crowd that the Princess of R&B had just died.  His exact words in a simple, country drawl I’ll never forget: “Aaliyah just died y’all!”

Most club goers were in total disbelief as they let out a collective sigh and groans of “Nooo!.”  In the era before smart phones, where instant news alerts and social media updates were not yet available, the news had been slow to get to us.

Actually, the tragedy had occurred several hours before when the small, horribly overloaded plane carrying Aaliyah and her entourage and helmed by an intoxicated, non-certified pilot barely made it off that Bohemian runway before crashing.

But the news hit everyone in the club hard and the DJ knew exactly what he had to do in that moment of shock and grief: go into full Aaliyah mode.

I don’t know which song was playing before he interrupted it, but the jams that came next were unforgettable: “More Than a Woman,” followed by “Rock the Boat” and an array of older Aaliyah classics, including “Are You That Somebody,” my favorite bop by her.

I admired Aaliyah at the time, and I remember experiencing the same profound sadness that many others did.  And, like so many others, I couldn’t help but wonder what might have been had she been alive today, both for her and for the music industry she influenced so much.