Skip to content
Featured Artists Hip-Hop Perspective In Memoriam... My Lists Trivia You Can Use 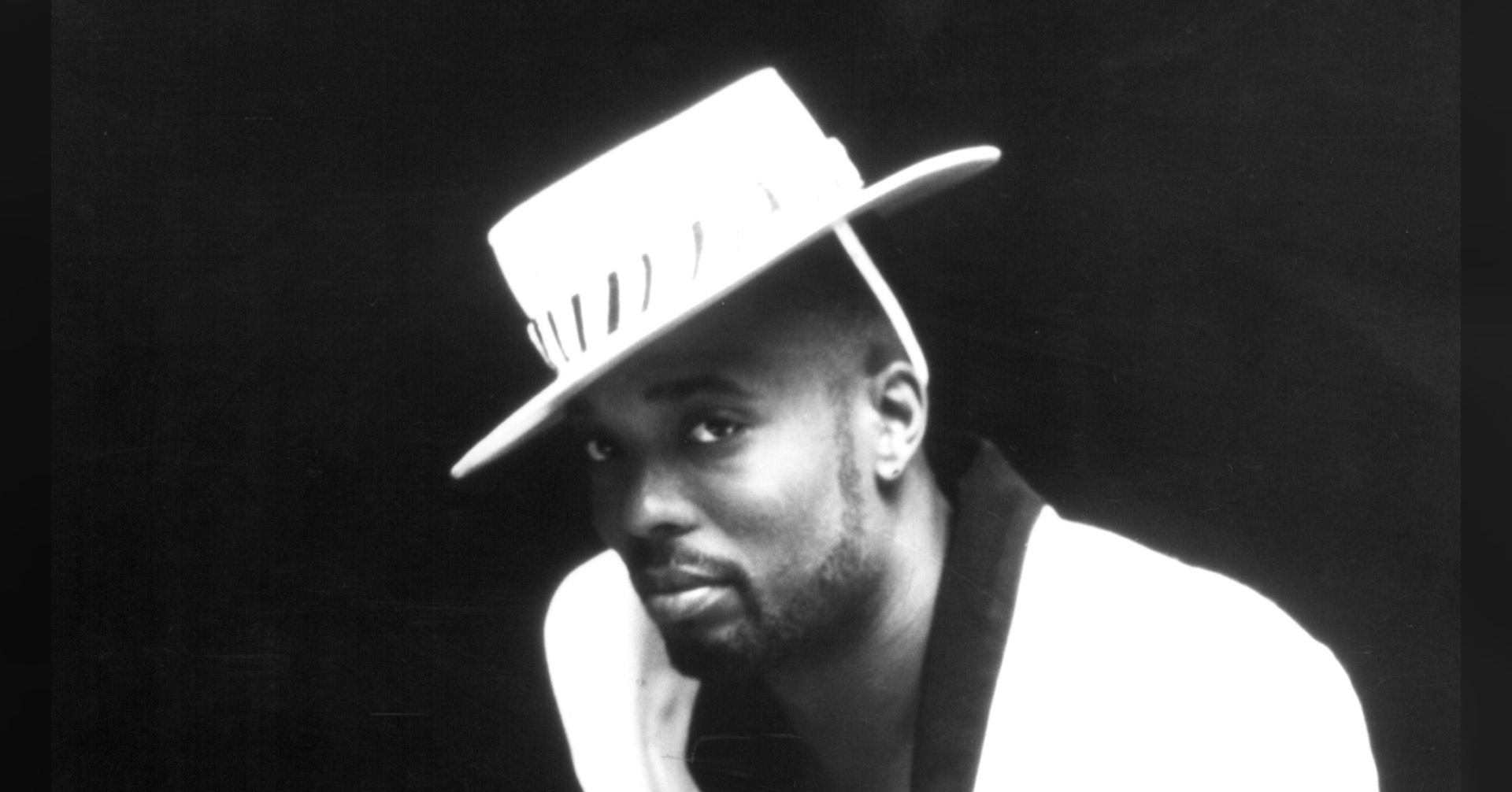 (December 24, 2020).  As if we needed any more reminders of the devastating year 2020 has been, Wednesday brought the news of yet another huge loss in the world of hip-hop.

As of this writing, no cause of Fletcher’s death was provided, but tributes have been pouring in left and right, with hip-hop greats like The Roots’ Questlove, Public Enemy’s Chuck D, and A Tribe Called Quest’s Q-tip all posting acknowledgements on social media.

Fletcher was joined in Whodini by fellow rapper (and main writer) Jalil Hutchins and their DJ Drew Carter, a.k.a. Grandmaster Dee.  Most of their biggest hits were produced by Kurtis Blow/Run DMC associate Larry Smith, who died in 2014. At one point, they were also executive produced by Russell Simmons, founder of Def Jam Records, although Whodini was signed to Jive/Arista Records during their prime.

As a 54-year-old man who came of age during their era, I remember the enduring impact that Whodini had on hip-hop.  Emerging in 1982/83 with their self-titled first album and its singles “Magic’s Wand” and “The Haunted House of Rock,” they certainly weren’t the first hip-hop group to make inroads into the mainstream, but they helped transform the rap genre from its still-novelty status in the early 1980s to a serious radio force by the end of 1984 with the success of their second album, Escape, and its various hit singles.

Released in July 1984 by Jive Records (under the distribution of Clive Davis’ Arista label), “Five Minutes of Funk” was the intended hit.  But it was the more lyrically provocative “Friends” that initially gained favor with black radio programmers.

“Friends” entered the chart as a stand-alone single in September, but within a month was joined in its chart listing by its counterpart “Five Minutes Of Funk,” with that song’s iconic synth-bass riff, memorable main synth melody, and hard-driving beat making it an undeniable club and college-party fave throughout the rest of 1984.

The success of “Friends”/“Five Minutes Of Funk” propelled the parent Escape album to platinum status, making it the earliest released rap album to reach the million sales plateau (although its certification happened after Run-DMC’s Raising Hell attained its first million sales in 1986).

While rapper Jalil wrote the bulk of Whodini’s lyrics, it was Ecstacy’s smooth flow that gave the group its character.  His flows, combined with his trademark black Zorro hat capping his taller physical frame, gave Ecstacy the charismatic presence that made him the group’s focal point, particularly on stage and in music videos.

It was a partnership arrangement that clearly worked, as the combined unique styles of the two leaders, plus their great turntable master Dee, made Whodini at one point the most popular hip-hop group in America, aside from Run-DMC.

Yet Whodini, who hailed from Brooklyn, was still a highly underrated act.  They didn’t emerge early enough to gain the same hip-hop “pioneer” status as groups like Sugar Hill Gang, or Rock And Roll Hall of Fame members Grandmaster Flash & the Furious Five.  And Whodini’s success wasn’t mainstream enough to attain the multi-platinum status of Run-DMC and later groups like N.W.A. and Public Enemy, all three of whom are also now in the Rock and Roll Hall of Fame.

Instead, Whodini’s peak success occurred during hip-hop’s transition from the fledgling, thought-to-be novelty, street-art form it began as in the late 1970s, to the genre’s golden era of a decade-plus later.  In fact, it was Whodini’s success in large part that helped facilitate this transition.

Yet by the time rap’s golden era began, the before-their-time Whodini had fallen out of favor.  When Billboard eventually recognized hip-hop with its own chart (Hot Rap Singles) in March 1989, the trio was no longer having hits.  As a result, Whodini’s only documented entry on Billboard’s Hot Rap Songs chart is a 1996 comeback attempt called “Keep Running Back,” which peaked at No. 27 that year.

By that time, many newer school rappers were reaping the benefits of hip-hop’s groundbreaking pioneers like Whodini and the others of their day.

DJROBBLOG is remembering Ecstasy and the legendary group he cofounded in 1982 by highlighting their most memorable songs – the ones that immediately came to mind upon hearing the news of Ecstasy’s untimely passing on Wednesday.

In memory of John “Ecstasy” Fletcher, here are Whodini’s twelve greatest classics, counted down from Number 12 to No. 1.

Title track from one of the greatest hip-hop albums of all time kicks off this countdown at No. 12.

While historians give a lot of credit to future collabos between rappers and R&B singers, this was one of the first ever to cross the two genres.   And who better to do it with than the Queen of Rap herself (as she was self-dubbed at the time): Millie Jackson.

This Thomas Dolby produced first single by Whodini was out around the same time as Dolby’s own “She Blinded Me With Science,” which obviously did much better on the charts.  Still, Whodini’s song – itself an ode to even earlier hip-hop – is credited in some publications as being the first rap song to have a music video, which counts for something.

Whodini further blurred the lines between R&B and hip-hop with this last single released from their Back in Black album.  There’s actually more singing on this tune than rapping, or at least it seems like it, making me wonder did Jalil and Ecstasy actually sing the hooks on their songs too?  Hmmm.

A harder hitting rap version of “Rumors” (Timex Social Club) before “Rumors” even existed.  “Big Mouth” was the third single released from 1984’s classic Escape album, and, ironically, is the lowest-peaking of all their songs that charted in the 1980s (No. 64 on the Billboard Hot R&B/Hip-Hop Songs chart in 1985).

Musically speaking, this could be seen as a predecessor to “Five Minutes Of Funk” from a year later.  It has some of the musical elements, including lots of synth (the electric drums are clearly from an earlier era though).  It came on the heels of Michael Jackson’s Thriller album, making it one of the first hip-hop songs to capitalize on the popular occult theme.

This big, booming jam kicked off Whodini’s third album, Back In Black and had many people comparing them to Run-DMC, and understandable so.  More intriguing to me was how the rap trio’s two biggest albums, Escape and Back In Black, were named after classic rock albums of the 1980s by rockers Journey and AC/DC, respectively.

This unabashed ode to slut-dom came from the group’s critically acclaimed third album Back in Black.  It was an unusual twist on the theme, as the derogatory title term was being self-applied by the guys, rather than bestowed upon the countless women that hip-hop has degraded with it over the years.

The video for this memorable top-10 hit featured rappers Jalil and Ecstasy giving advice to fellow Whodini member Grandmaster Dee, but the song’s universal message about the virtues of monogamy could easily be appreciated by anyone.  The video also featured some nifty dance moves by the two leaders (while Dee remained in the background).

From the eventually platinum Escape album came this very worthy followup to “Friends”/“Five Minutes Of Funk.”     Whodini’s “Freaks Come Out At Night” was just one in a long line of “freak” jams from the mid-1980s, which included higher peaking songs by Midnight Star (“Freak-a-Zoid”), Bar-Kay’s (“Freakshow On The Dance Floor”) and Gap Band (“Beep A Freak”).  All three of those tunes reached No. 2 on Billboard’s R&B/Hip-Hop Songs chart between 1983 and ‘85, while “Freaks Come Out At Night” didn’t even make the top 40 (peaked at No. 43 in ‘85).

This cautionary tale about dubious relationships that ultimately fail was a life lesson for anyone coming of age in the mid eighties.  Lyrically, “Friends” was a serious departure from the more ego-inflating, lighter-weight messages that most hip-hop contained (both then and now), but a message that radio found friendly enough to give it heavy spins at the end of 1984, allowing it to match the peaks of other rap classics on Billboard’s R&B charts (both “Rapper’s Delight” and “The Message” also peaked at at No. 4 on the list).

Who among those of us of a certain age didn’t run to the dance floor when this funk classic came on?!  I remember the sweaty parties in the small, not well-ventilated dorm lounges at my alma mater (the only places where black fraternities and sororities could afford to hold regular events on campus in the early days), with people packed like sardines trying to get their cabbage patch or wop on almost as soon as the needle dropped on this record.  It’s memories of hard but good times like those that this song evokes.  And it’s those memories that, along with “Friends,” makes it the greatest Whodini single of all time!

This article is also dedicated to my high school classmate and fellow music man, Philip “Pete” Coleman (a.k.a. “DJ Thin”), who passed away this week as well.  He was no doubt rocking some Whodini on the “ones and twos” during our graduation year of 1984!