Empire Records…More Fact Than Fiction? A History of Black-Owned Record Labels – Part I 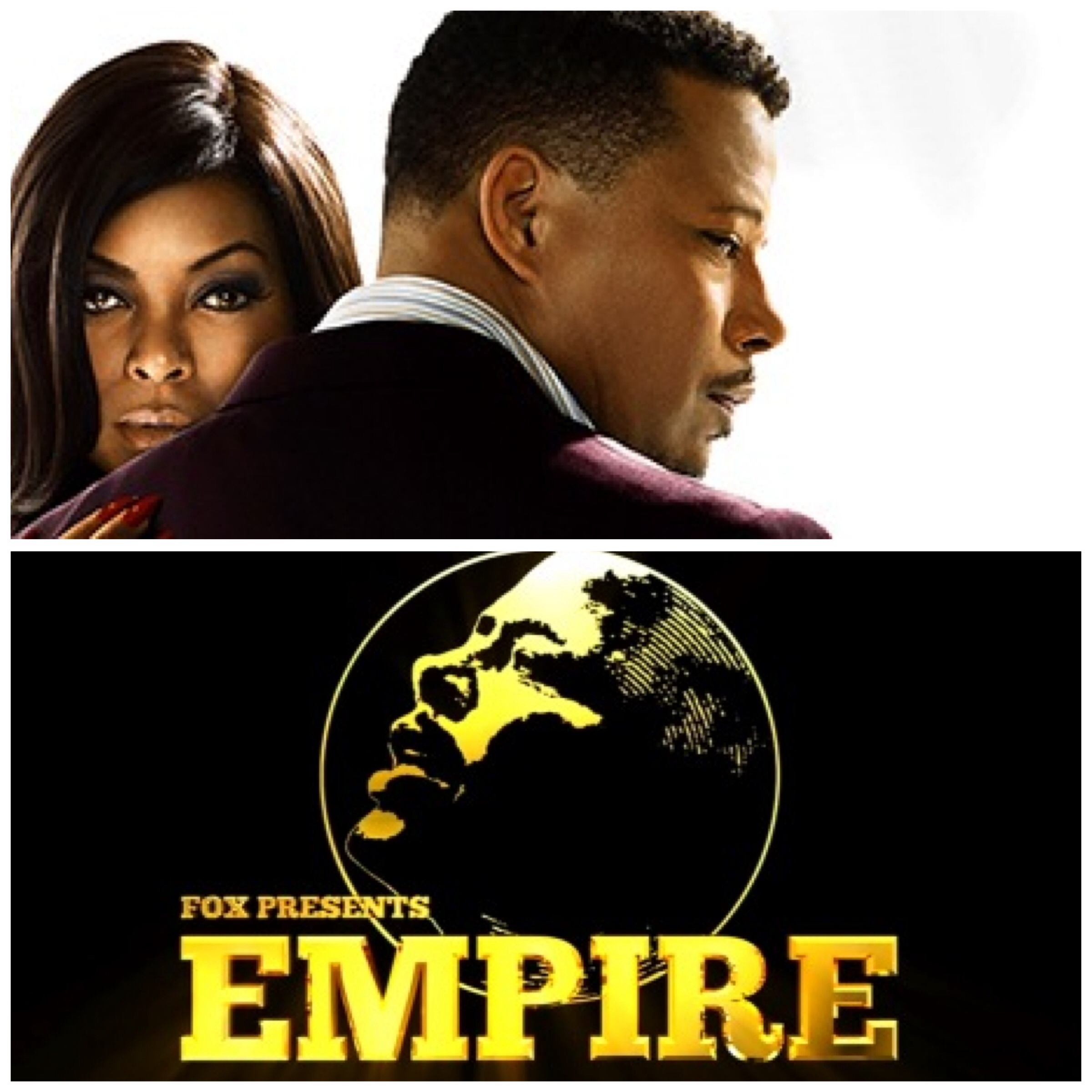 As fictional character Cookie Lyon (played by actress Taraji P. Henson) of the hit Fox TV series, “Empire,” embarrassed herself in the most recent episode by showing up at the office in a black-lace camisole during a celebratory meeting, it made me wonder just how reflective of real-life, black-owned record labels this TV melodrama really is.  the answer came pretty quickly and without much thought: it’s likely not very representative at all.

After all, how many record labels, or corporations in general, could survive for as long as this fictional show’s plot line would have us believe with the label’s two hottest artists (the owner’s two sons) just now blowing up?  What artists have been generating the label’s revenue stream up to this point (and where are they on the show)?

Fox TV’s “Empire” airs on Wednesdays and is a fictional show about a glitzy black-owned record label and the super-rich family that owns and operates it.

The wildly popular show stars actor Terrence Howard (as dying label mogul, Lucious Lyon) alongside Henson, both accomplished, Oscar-nominated actors of the big screen.  Their new made-for-TV acting platform feeds on black stereotypes and basically doesn’t offer its viewers anything new or original: a 1990s-era hip-hop record label with corrupt beginnings whose fortune is built on “Godfather”-like gangster-style business dealings, with the show’s protagonists functioning like a 1980s-era night-time soap-opera family (a black version of the Ewings of “Dallas” or the Carringtons of “Dynasty”).  Its “King Lear”-like storyline is hardly believable, especially given the apparent flaws of at least two of the three potential heirs to the dying main character’s business empire.

Less believable is how quickly matriarch, Cookie Lyons – played nearly to perfection by Henson, manages to sport so many different thousand-dollar outfits (and look flawless doing it) after just spending the past 17 years locked in the slammer.

But even with all of that, the show is highly entertaining and addictive.  Despite “Empire’s” well warn, over-the-top antics (or, more accurately, because of them), its ratings have gone up in each of its six weeks – reportedly the first network TV show in 23 years to do so.

“Empire” wins its time slot every Wednesday night and already has been renewed for a second season.  It has become the water-cooler topic du jour and this year’s “Scandal” in the social media world.  And on top of all that, it features good, no, actually GREAT music…original music produced by super hit maker, Timbaland who appears to be still at the top of his game after nearly 20 years of doing this.

Which brings me back to the point of this article, the music and the label.  The success of “Empire” brought to mind the many African-American owned record labels that have come and gone over the years, some extremely successful and some not so much so…some that thrived in dire times and rose to historic heights, and others long forgotten.

With this being Black History month, and with the hottest new TV show of the moment being based on such a corporation, I thought now would be a great time to reflect on some of the most influential black music company ventures of all time.

It took some research on my part, but what I found out about the history of black-owned music labels is nothing less than astonishing.  Of course, everyone knows the oft-told stories about Berry Gordy and Motown Records, or Kenneth Gamble/Leon Huff’s Philadelphia International Records.  Then there are the hip-hop labels like Sean Combs’ Bad Boy Entertainment Records, or Cash Money Records, founded by Bryan “Birdman” Williams and his brother, Ronald “Slim” Williams, which brought the entrepreneurial spirit to a new generation.  But countless others have also been an integral part of the black music experience ever since “race” records (as they were called then) were being made nearly 100 years ago.

What I’ve put together below is a list of what I consider the twelve most important black-owned (or founded) labels in music history, with a supporting story for each.

My rankings are purely subjective (i.e., based on my own opinion), but they use what I believe to be objective facts as bases.  It’s not just about chart numbers or record sales (I know…hard to believe with me, right?).  Historic significance plays a big role, as many of the labels may have paved the way for others to follow, or introduced a whole new genre or style of music to the masses, or had a stable of artists too numerous and historic in their own right to ignore.

Without further adieu, here are the one dozen most important black-owned or founded record labels in music history, counted down from #12 to #1, with a couple honorable mentions to kick things off:

Honorable Mention:  Atlantic Records/Stax Records.  While not black-owned or founded, Atlantic Records is arguably responsible for launching more black recording stars than any other label in history.  One might argue that it’s only natural considering how long the label has been around (since 1947), and considering its cutting edge deal with Memphis-based soul label Stax Records (also white-owned), with which Atlantic had a highly successful distribution partnership from 1961-68.  But even if you discount the last 45 years of Atlantic’s black music history, the names on the earlier Atlantic/ Stax rosters still read like a Who’s Who in early R&B: Ruth Brown, Ray Charles, Aretha Franklin, Otis Redding, just to name a few.

And now, the top twelve:

Focused on R&B and funk, the label at No. 12 was the home of R&B stars S.O.S. Band, Cherrelle, Alexander O’Neal, and the lesser-known group, Brainstorm.  With Brainstorm in the late-1970s, the label dabbled in disco, but the company’s biggest success came in 1980 when S.O.S. Band scored the imprint’s only gold and platinum-certified single, “Take Your Time (Do It Right).”  That song was a cross between disco and funk, at a time when the former was considered dying and the latter was experiencing a reluctant comeuppance.  By the mid-1980s, Tabu’s two biggest solo stars had joined S.O.S. Band as regular R&B chart entrants.  Alexander O’Neal and Cherrelle were the modern-day Marvin Gaye and Tammi Terrell, often recording together and regularly reaching the top ten of the R&B charts in the process.  Of course, none of these artists still chart today, but Tabu has attempted a comeback during the current decade as a reissues label.

This label, whose letters stood for Sound of Los Angeles Records, featured Shalamar as its first act with the artists that followed all having a danceable R&B base.  Joining Shalamar were musical groups like the legendary Whispers, Dynasty, Lakeside, Midnight Star, Klymaxx, and The Deele (featuring L.A. Reid and Babyface, whose own label is also on this list).  Solo singer Carrie Lucas was the label’s only noteworthy solo star – using the term “star” liberally here.  The label’s commercial success peaked in the first half of the 1980s, just after the death of disco, a genre that its first several releases favored.  The label’s success was helped by the friendship that Dick Griffey maintained with Cornelius, who had left the label, but continued to prominently feature the acts and their songs on his hit TV show, “Soul Train.”  By the time the 1990s arrived, many of the company’s recording acts had either left for other ventures or simply petered out.  Despite the label’s fate, many of SOLAR Records’ songs still enjoy recurrent play on classic R&B or disco retro shows.

LaFace Records thrived in the late-1980s and early-’90s, bringing us artists like Babyface himself, as well as Toni Braxton, TLC, Usher, OutKast, P!nk, and Goodie MoB.  It was perhaps one of the most successful labels ever founded by already-established musical artists, after less-successful attempts by Earth Wind & Fire’s Maurice White (American Recording Company) and Prince (Paisley Park Records).  Among LaFace Records’ accomplishments: generating the biggest-selling album ever by a female group (TLC’s “CrazySexyCool” 1994/95); launching one of the biggest southern rap acts (OutKast) in music history, and – helped by its Arista Records connection – having the biggest male solo artist on the singles charts in the 2000s (Usher).  L.A. Reid & Babyface parlayed their music production talents into this joint venture with Arista Records and formed one of the most successful label partnerships of the 1990s, then went on to achieve major success in other rights as well.  Not bad for a pair of former Jheri-curled guys from the Midwest who, before their true talents were known, had only achieved moderate success as members of ’80s R&B band, The Deele.

This label ranks this high primarily because of one entity:  N.W.A. (Niggaz With Attitude), its various members and the rap sub-genre it brought to the mainstream: gangsta rap.  The group’s music was groundbreaking in the late-1980s, pushing boundaries with provocative lyrics that seem tame by today’s standards.  By 1991, N.W.A. was topping the pop album charts and the group’s various members, most notably rappers Ice Cube, Eazy-E and rapper/producer Dr. Dre, were enjoying successes on their own.  Dr. Dre had already produced the label’s biggest female act, Michel’le, whose first album yielded three top-ten R&B and top-40 pop hits in 1990.  By ’94, Eazy-E protégés, Bone Thugs-N-Harmony had joined the fray and within two years, it was Bone who were the label’s bread winners, having recorded Ruthless Records’ only Number One pop hit, “Tha Crossroads.”  The song was a tribute, in part, to founder Eazy-E, who had died of AIDS the year before.  Before his death, however, conflict had eroded the business ties between him and his former N.W.A. group mates, which led to the birth of Death Row Records, a huge success in its own right.

After serving as an intern at Uptown Records in the early-1990s and learning the recording business, Sean Combs started his own label, Bad Boy Entertainment in ’93.  With acts like Craig Mack (“Flava In Your Ear” was the label’s first single), Notorious B.I.G. (“Juicy” was second), Faith Evans, 112, Total, Mase, and Carl Thomas on the roster, Bad Boy became one of the most successful labels of the second half of the 1990s.  In 1997 alone, in the wake  of the death of its biggest star, iconic rapper Notorious B.I.G., the label accounted for 22 of the year’s 52 weeks at Number One in the Billboard Hot 100.  Bad Boy’s success helped Arista Records, the parent company that distributed the label’s hits (along with those of LaFace Records and other imprints), own the largest percentage share of chart hits and record sales year after year during its 90s heyday.

Tune in later when the remaining labels in this countdown will be posted.

5 thoughts on “Empire Records…More Fact Than Fiction? A History of Black-Owned Record Labels – Part I”