Skip to content
Featured Artists In Memoriam... Pop Stuff Trivia You Can Use

Ode to Billy Joe: B.J. Thomas’ “Raindrops” reigned over a uniquely special chart during a historic transition in time 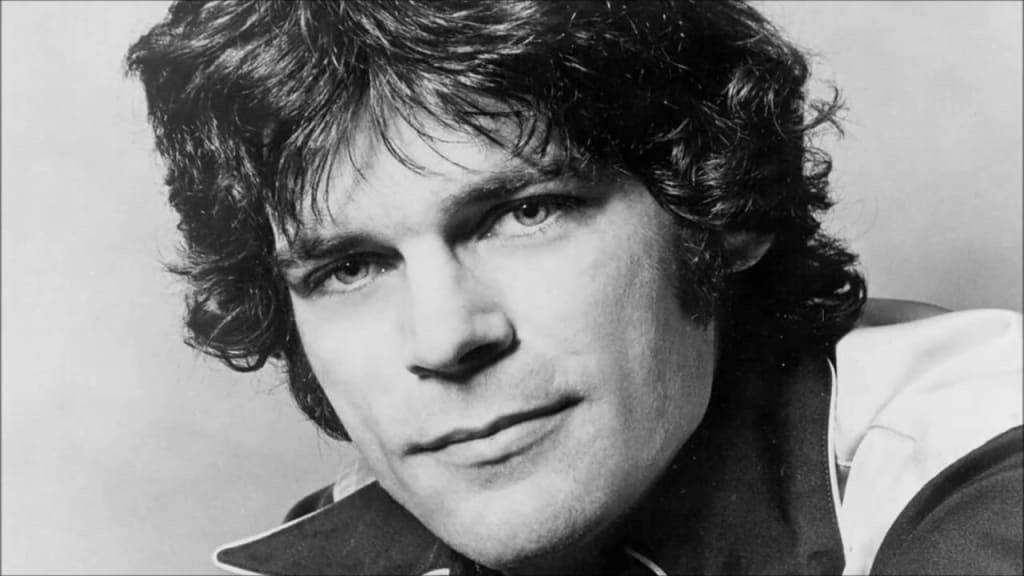 (May 30, 2021).  It wasn’t just how singer B.J. Thomas perfectly sang “Raindrops Keep Falling on My Head,” the Burt Bacharach/Hal David tune he contributed to the film Butch Cassidy & the Sundance Kid, that made the song so special.

The ukulele-infused, metaphorically titled tune that soundtracked one of the most memorable moments in that film also had the distinction of being the first No. 1 song of the 1970s.  It moved to the top of the Billboard Hot 100 chart dated January 3, 1970 (covering the week of December 28, 1969 – Jan. 3) and, in doing so, forever etched its place in pop music history.

By that very notion, any song that kicks off a new decade at the top of the charts is by definition special, especially those that did it during the 20th century.  For instance, the 1950s were launched by Gene Autry’s No. 1 “Rudolph the Red-Nosed Reindeer,” the 1960s by Marty Robbins’ “El Paso,” the 1980s by KC & the Sunshine Band’s “Please Don’t Go,” and the ‘90s by Michael Bolton’s “How Am I Supposed to Live Without You”…all classic, decade-beginning No. 1 songs indeed.

But what’s also special about B.J. Thomas’ “Raindrops Keep Falling On My Head” is the very chart that it presided over when it ascended to the top, particularly the top-40 portion.  It was a Billboard chart brimming with historical weight, unique coincidences, and symbolic beginnings and endings that – more than half a century later – read like a chapter out of “The Big Book of Irony” by Jon Winokur.

Also, for most of us 50-something year-olds, it was the song that ushered in the decade of our youth, the decade where many of us began to come of age, and when many of us first realized our undying love of music.

Before I go further, I must note that it is with deep sadness that the blog is covering this, as B.J. Thomas, born Billy Joe Thomas in August 1942, died Saturday at age 78 after a long battle with lung cancer. It is in tribute to the late singer that the blog looks back on that historic top-40 list where he achieved his first No. 1 hit.

First, it’s already been noted that “Raindrops” was penned by the legendary partnership of composer Burt Bacharach and lyricist Hal David.  While the two songwriters were represented at the top of the chart with BJ’s hit, they were also anchoring the bottom at No. 40 with the final top-10 song they wrote for Dionne Warwick, “I’ll Never Fall In Love Again.”

It’s rare that a songwriting twosome has songs bookending the top-40 by two different artists, but such was the case on this particular Jan. 3 chart.

There’s a legendary parallelism regarding Dionne Warwick and B.J. Thomas, each of whom recorded hit songs by Bacharach/David for Scepter Records until 1971 and 1972, respectively.  When the two label mates left Scepter, their careers took a significant downturn until both were revived a few years later with mid-1970s chart-toppers.

First, Dionne hit No. 1 with her comeback single “Then Came You” (with the Spinners) on Atlantic Records in 1974, marking a return to prominence three years after she had cut ties with Scepter.  Then B.J. hit the top with “(Hey Won’t You Play) Another Somebody Done Somebody Wrong Song” on the ABC label in 1975, after a similar three-year chart drought following his departure from Scepter.

Separately, Burt Bacharach and Hal David would later sue Scepter Records and win back-payments for royalties earned and the rights for recordings they made with B.J. Thomas and Dionne Warwick while both were with the label.  Scepter filed for bankruptcy and folded in 1976.

As an interesting side note, the two most popular versions of Bacharach/David’s “I’ll Never Fall In Love Again” were Warwick’s hit and one by country singer Bobby Gentry, whose own biggest hit had been “Ode to Billie Joe” just two years earlier.

I don’t need to point out the irony of that title.

And speaking of Billy Joe, there was another one in the top 40 with B.J. that week: Billy Joe Royal, whose “Cherry Hill Park” was descending the survey at No. 34.  It’s worth pointing out here that, as a child, B.J. Thomas had chosen to go by his initials because, reportedly, there were so many other kids in his baseball little league whose names were also Billy Joe, that he wanted to stand out and avoid confusion.

Butch Cassidy & that other “Cowboy”

Perhaps another source of confusion for people half a century removed from the popularity of “Raindrops” could be the film from which the song came.

More than a few people have mistaken Butch Cassidy & the Sundance Kid for Midnight Cowboy, the other legendary, Oscar-winning buddy film released in 1969.  Both motion pictures played on cowboy themes, even though only one – “Butch Cassidy” (starring Robert Redford and Paul Newman) – was actually about cowboys.

So Midnight Cowboy (starring Dustin Hoffman and Jon Voight) was about as metaphorical a title as the raindrops in B.J. Thomas’ No. 1 hit were, which makes this next observation even more compelling: while “Raindrops” was ascending the chart throne during that first week in January 1970, perched just outside the top ten at No. 11 that week was the title song to the Hoffman/Voight film.

“Midnight Cowboy” – the song – would eventually make its way into the top ten while “Raindrops” was still No. 1, but No. 10 was as far as the former tune would get.  Later in 1970, in a show of parity, Midnight Cowboy – the film – would win the Oscar for Best Picture, while “Raindrops Keep Falling On My Head” took the Oscar for Best Original Song.

Presiding over a historic group of No. 1s

But perhaps the most interesting observation about the Jan. 3, 1970 chart where “Raindrops” first reigned supreme was the symbolism of the other songs listed that had either been No. 1 or that were on their way there.

The 1960s had been a tumultuous decade to say the least, so the departing sentiment surely must have been pegged high at decade’s end.  No fewer than three No. 1 songs with goodbye themes had just hit No. 1 in December 1969 and all three were still ranked in the top 5 below “Raindrops” on the Jan. 3 chart.  At No. 2 was “Leaving On A Jet Plane” by Peter, Paul and Mary,” while the Supremes were at No. 3 with “Someday We’ll Be Together” and Steam was at No. 5 with “Na Na Hey Hey Kiss Him Goodbye.”

On a less connected note, the other songs that had been No. 1 were the double-sided “Come Together” and “Something” by the Beatles at No. 12 and “Wedding Bell Blues” by the 5th Dimension at No. 32.

Moving up the chart were future No. 1s by Shocking Blue, whose “Venus” was at No. 8, and the song that would replace “Raindrops” at No. 1, the Jackson 5’s “I Want You Back,” which was perched at No. 7 this particular week.

Excluding the gobbledygook of the Beatles’ “Come Together” and the mythical nature of Shocking Blue’s “Venus,” the remaining No. 1 songs were all about the uncertainty of love.  The J-5 hit was about the longing for a make-up, while the 5D smash was about the frustration of having to wait for a boyfriend’s proposal of marriage.

Meanwhile, the Beatles’ “Something” was an expression of the protagonist’s inability to pin down the exact basis for his love, while acknowledging its undeniable existence.

Looking back at that Jan. 3 chart now, it seems pretty incredible that “Raindrops Keep Falling On My Head,” a simple uplifting tune that was about overcoming one’s worries in life, was presiding over a chart full of other No. 1s that were contemplating such heavier issues.

Marking the transition from the ‘60s to the ‘70s

Yet those issues couldn’t have compared to the weightier matters that music fans were contemplating back then as the future of the two biggest groups of the 1960s, the Beatles and the Supremes hung in the balance.  At the beginning of 1970, both groups were about to announce major changes affecting their futures: the departure of lead singer Diana Ross from the Supremes (later in January) and the Beatles impending breakup (officially announced that April).

So the transition from the 1960s to the 1970s truly marked the beginning of the end of those two iconic groups as we had known them; although both – along with their various members – would go on charting for years and decades to come, it was clearly never the same for either one (the Beatles and Supremes had recorded a combined 32 No. 1 singles between 1964 and 1970, and zero after that).

At the same time as the two most important groups in pop music history were transitioning, history’s most tumultuous decade was giving way to a perceived less tumultuous time (the 1970s) when many of the world’s issues (racism, war, drugs) were still the same, even if they didn’t always feel as much so.

The 1970s would bring even more turmoil – heck 1970 itself saw the deaths of Jimi Hendrix and Janis Joplin, plus the Kent State shootings – so all was clearly not perfect even with the new decade beginning.

Against that backdrop, the poignancy of “Raindrops Keep Falling On My Head” looms even larger.  The song’s message about taking life in stride has even more meaning when considering the historical transitions that were happening around it.

Looking back, B.J.’s perfectly soothing delivery of “Raindrops Keep Falling On My Head” – with all of the song’s chart coincidences, ironies and symbolism – was apparently just what the country needed to move us from the 1960s to the 1970s.

And now, in 2021, with many of the world’s issues no different than they were half a century ago, we have cause to revisit one of the famous lines from that history-pacing tune by the late B.J. Thomas:

2 thoughts on “Ode to Billy Joe: B.J. Thomas’ “Raindrops” reigned over a uniquely special chart during a historic transition in time”