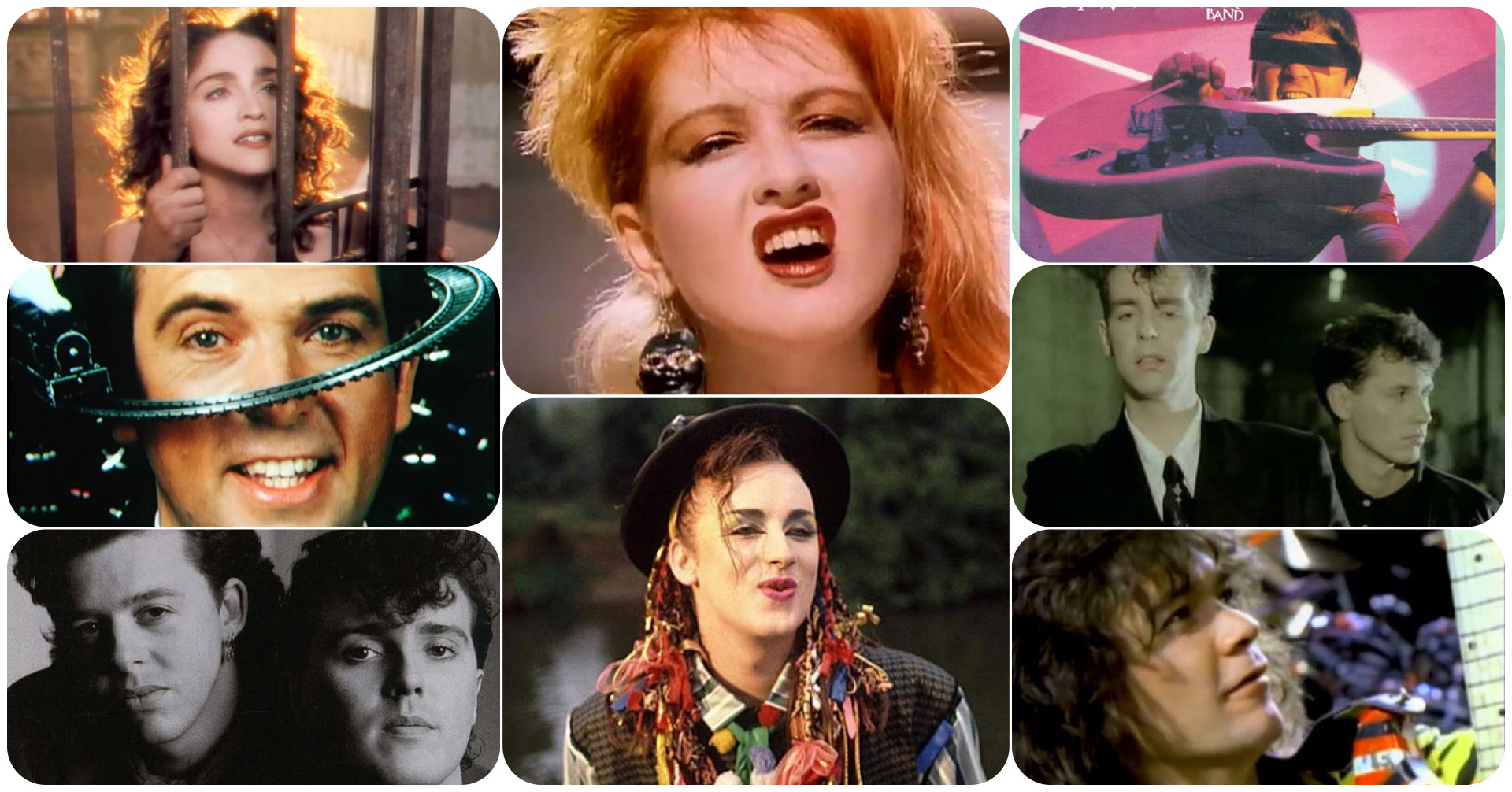 Or if I said that Cyndi Lauper’s quirky No. 2 pop classic “Girls Just Wanna Have Fun” also made its way onto the Billboard Black Singles chart in 1984 (as the chart was known then), would you think that was too “unusual” to be true?

Both those songs and more are among the many unlikely pop hits to cross over to the R&B/soul charts during the ‘80s, making for some very interesting reverse-crossover scenarios in popular music.

Now I’m not just talking about your typical blue-eyed soul singers like Daryl Hall & John Oates grabbing a No. 1 hit on the Black chart.  (And, by the way, I’m not being politically incorrect or historically inaccurate here – Billboard actually called its soul chart “Black Singles” between 1982 and 1990).

You could hardly call a pop song that was also actively being aggressively marketed to Black radio a “crossover” hit, especially in Hall & Oates’ case.  Their “I Can’t Go For That” was so soulful that it topped the Hot Black Singles chart within a week of doing the same on the Hot 100 pop chart.

No, this article is more about those extreme crossover cases – songs by artists considered by most to be pop acts that would be the least likely to have reached the soul list – except, in these cases, they actually did.

Of course, the reverse-crossover phenomenon didn’t start in the 1980s.  For instance, when Elton John’s “Bennie & the Jets” reached No. 15 on the soul chart in 1974, Billboard referred to it as a “surprise soul chart hit” in a story about the annual Chicago Black Expo musical festival that year, which John had expressed interest in attending.  The story noted that John was greatly pleased with his soul chart breakthrough.  A year later, the British pop superstar appeared on Don Cornelius’s “Soul Train” in memorable performances of both “Bennie” and “Philadelphia Freedom,” another crossover hit that reached No. 32 on the soul chart.

Later, “Baby Come Back” by the pop/rock group Player topped the pop charts in January 1978, but it was also a surprise top-ten hit on the soul chart that winter.

The Bee Gees and Rod Stewart took disco-oriented hits into the top ten on the soul chart in the late 1970s.  The Bee Gees even had a top-10 soul hit with the ballad “Too Much Heaven” in 1979.

There were numerous examples during the 1950s and ‘60s – too many to count – as Billboard’s pop and soul charts often contained the same songs in their upper ranks.  Elvis Presley was a mainstay on the soul charts during that timeframe as were The Four Seasons.  Other pop acts such as Del Shannon, Little Eva, Lesley Gore, and the Everly Brothers took No. 1 pop hits into the soul chart’s top ten as well.

But the 1980s were a trickier decade.  By then, the Billboard soul chart was well established as a stand-alone genre, with a bright line of separation between it and the Hot 100.  The decade began with the demise of disco, which further exacerbated the divide between the two charts.  By 1981, there were hardly any disco records on the Hot 100 chart, which had become largely dominated by adult contemporary and country fare.   As a result, there was hardly any reverse crossover from the pop list to the Hot Soul Singles chart.

It’s also worth noting that back then and for much of its history, Billboard determined its soul lists by a demographic-based radio and retail panel, where record stores that were located in predominantly Black or urban areas were surveyed to determine what the popular soul songs were.

With the advent of digital song downloading and streaming in the 21st century, Billboard no longer differentiates between demographic consumer patterns and uses the same methodologies for the Hot 100 and all of its genre-specific charts, including the Hot R&B/Hip-Hop Songs list – the current incarnation of its earlier named Soul, Black and R&B charts.

Still, back in the 1980s and even with the hard-line differentiation between the chart algorithms and radio patterns for soul and pop music, there were some notable – and in many cases, surprising – cases of songs by pop artists that made the soul list.  The blog has rounded up dozens of pop top-40 hits that crossed over to soul right here and listed them below for your music trivia pleasure.

How many of these are as much a surprise to you as they were to this blogger?  Not surprisingly, 1981 had the fewest examples, but you might be surprised which year had the most.  Here they are, with the songs listed by year in order of their pop chart peaks:

And there you have ‘em.  How many of these songs or artists were surprises to you?  How many of them (like maybe some of the hits by Hall & Oates, Madonna and George Michael) did you expect to see?

Were you surprised that all but one of Culture Club’s singles also reached the R&B chart?  And were you more astonished that the lone exception was their Motown-esque 1983 hit “Church of the Poison Mind”?  Or that Boy George’s last top-40 hit of the 1980s got more love on the soul chart than it did on the pop list.

And did you notice that 1985 had the most examples of reverse-crossover hits…by far?

Feel free to comment with your observations (or maybe any omissions you found) below or in any of the social media feeds where this article is posted.  I’ll add any corrections or omissions to the list as you provide them.