Is there anything better than a love that’s shared between two people?

The only thing that likely comes close is when that love is expressed musically between two artists who know how to capture that emotion in song and really make you feel it!

Well, today I’m feeling it by celebrating music in the form of duets. More specifically, djrobblog is celebrating musical pairings between artists, particularly men and women, who’ve gotten together and made some of the smoothest, most romantic music of all time.

As regular readers of djrobblog.com know by now, we like to go big when it comes to these special countdowns. And this one deserves the BEST treatment as it features the greatest male/female duets recorded since 1965. Fittingly, djrobblog picked 65 musical matchups between some of the greatest R&B artists of all time!

I’ve combed through dozens of romantic soul/R&B jams by male/female duos and ranked the cream of the love-filled crop from least to most, from good to best and from bottom to top!

To make the list, the songs had to be about love, had to be duets featuring a prominent male and female vocal, and had to be memorable soul music classics.

There was no regard for how an artist was credited on the song’s original record label. For example, in some cases, artists were a regular recording act, like Ashford & Simpson, Rene & Angela or Marilyn McCoo & Billy Davis, Jr. In others, they weren’t necessarily a singular act, but were separate solo stars who got together often because, well, their connection was just that good – think friends with (musical) benefits – like Marvin Gaye and Tammi Terrell, Cherrelle and Alexander O’Neal or Roberta Flack and Donny Hathaway.

Still in other cases, there were one-time pairings that, for a fleeting moment, made musical magic happen, like Diana Ross & Lionel Richie or Luther Vandross & Cheryl Lynn… a sort-of musical one-night stand.

In some instances an artist was reduced to a “featured” credit, kind of like a side piece, while in others, the label decided not to credit the duet partner at all, even though there’s no denying his or her contribution – as is the case for Babyface (on Karyn White’s “Love Saw It”) or Ronnie Laws (on his sister Debra’s “Very Special”).

They all get equal treatment here as I’ve eliminated all the caveats and footnotes and simply listed the singers who made the songs eligible, connected by an ampersand, regardless of how the record label treated their contributions back in the day.

What you’ll find is they all made beautiful music together, and most importantly, it was all about love – something we all need at some point in our lives…and especially today.

Maybe these songs had a special place in your life or they remind you of that special relationship you had (or lost) or have always wished for.

What better way to celebrate the month of love, as well as Black History Month, than with a countdown like this. So lay back, scroll through the list below, and relive some of the most romantic moments in R&B music history.

You can also hear all the songs featured in the countdown (in order) by clicking this special Spotify playlist courtesy of DJRob. 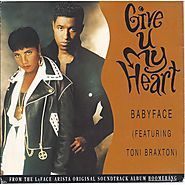 The countdown kicks off with Toni Braxton’s breakthrough single, a duet with longtime producer Kenneth “Babyface” Edmonds. It was from the “Boomerang” soundtrack and it foreshadowed a very successful chart-topping career for Braxton in the coming years.

The late soul crooner Bobby Womack was enjoying a bit of a renaissance when he teamed up with Ms. Patti for this top-3 R&B chart hit. For that matter, Patti LaBelle was in the middle of a comeback herself as she had just weeks earlier enjoyed the biggest solo R&B chart single of her career at that point (“If Only You Knew”). Both songs overlapped in the R&B top ten in March 1984.

Honorable mention: Bobby Womack’s duet with Altrinna Grayson on the 1987 #2 R&B anthem “(No Matter How High I Get) I’ll Still Be Looking Up To You.” The song’s lead artist was jazz saxophonist Wilton Felder, with both Womack and Grayson being given featured credits.

When Àngela Winbush recorded this mellow tune with Ron Isley, the two had formed a successful musical partnership that would lead to marriage a couple years later. This is the first of seven songs on the list by couples that were either already married or eventually would be. 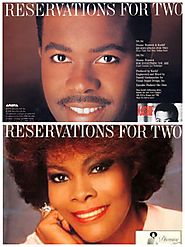 Dionne Warwick has a few duets on this list, including this romantic mid-tempo ballad with the late singer/songwriter/producer Kashif, who died suddenly in 2016. The song was one of the last by either artist to reach the national charts.

Keith Washington was best known for his No. 1 solo single, “Kissing You,” while Chanté Moore’s biggest hit was “Chanté’s Got A Man” several years later. The two made beautiful music together with this duet from the “House Party 2” soundtrack in 1991. Although it was never released as a proper single, it was heavily promoted as such, including the above Soul Train performance. 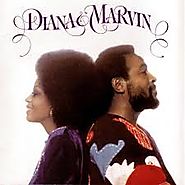 The King of R&B and the Queen of Pop (in 1973, at least) teamed up for an album that, by both accounts, was difficult to record. Each artist had their own solo albums out and it took almost two years to complete “Diana And Marvin.” Still, it yielded this top-20 single plus “You’re A Special Part Of Me.” They would be his last Top-40 chart duets with a female artist. 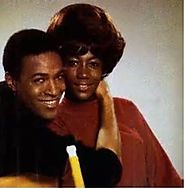 No song title is more fitting for this list than the one by Marvin Gaye and Kim Weston. Gaye - who had a much more successful run of hits with Tammi Terrell - appears many more times on this list, while this top-10 single is Weston’s only entry. 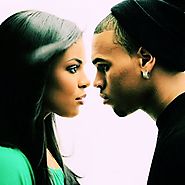 This duet is one of only five recorded after 1999 to make this list...not a strong showing for the 2000s or 2010s. Still, the ever-plagued Chris Brown made musical magic with singer Jordin Sparks in this millennial ballad that reached the top five on both the Hot 100 and R&B charts in ‘06.

Alicia Keys nearly made the list with her Tony! Toni! Tone! collaboration, “Diary.” I decided against it because it was essentially a solo song with only a few ad-libs by TTT in the song’s coda. As a consolation to Keys fans, this pairing with everyone’s favorite falsetto crooner Maxwell did make it.

This is likely the most understated (and underrated) song on this list. It didn’t do gangbusters on the national Billboard charts, likely because its two singers were not soul or pop superstars like many of the other acts here. Still, the beauty of this duet remains undeniable even nearly a quarter-century later. 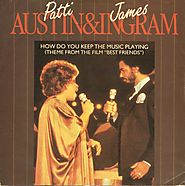 As cheesy song titles (and lyrics) go, this theme from the 1982 film “Best Friends” ranks near the top. Still, it was beautifully sung by Ingram and Austin on the heels of their huge No. 1 duet, “Baby, Come To Me,” which is coming up much later in this countdown. Unlike that song, “How Do You Keep” didn’t have the added bonus of a General Hospital plug to expose it to millions of mainstream households and thus wasn’t nearly as big a hit. 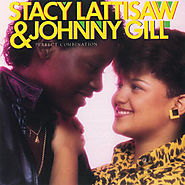 Our introduction to Stacy Lattisaw came in 1980 with her crossover pop and soul debut single “Let Me Be Your Angel.” Our first time hearing Johnny Gill was on this duet with Stacy four years later. It reached the top ten on the R&B chart and became the first of many hits for Gill in the 1980s and ‘90s - including as a solo artist, in duets and in his future group New Edition. 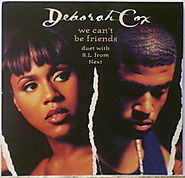 Deborah Cox struck gold in the late 1990s with her anthemic classic “Nobody’s Supposed To Be Here” and this worthy follow-up - a duet with R.L. from the group Next. The result of their pairing was another No. 1 R&B chart single for both artists. An uncredited Montell Jordan provided backing vocals on the track.

Speaking of late-‘90s pairings, here’s another one. This one couples the love-starved Eric Benet with singer Tamia on a tune that topped the R&B charts at the end of the decade. It would become the biggest chart hit for both artists. 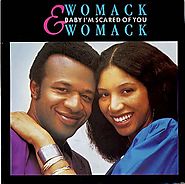 The late Cecil Womack married his sister-in-law’s daughter Linda Cooke - the daughter of Sam Cooke, whose widow married Cecil’s brother Bobby Womack a year after Cooke’s death. Got all that? Cecil and wife Linda recorded as Womack and Womack and made a hit with this gem in 1984. 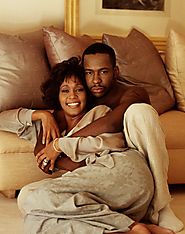 Bobby and Whitney were not quite married when they recorded this duet in spring 1992, but they would be later that year. Over the years, it became apparent that they indeed had things in common. The song was released as a single more than a year after the album that contained it, Bobby Brown’s “Bobby.” 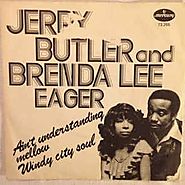 Without an accompanying question mark, it wasn’t immediately clear whether Jerry Butler was asking a question or making a statement in the ambiguously titled “Ain’t Understanding Mellow.” Towards the song’s end, it became clear he was asking a question, I think. Ain’t understating mellow?

Dionne Warwick had been a major star for decades when she teamed up with rising star Luther Vandross for this song. Of course, Luther wasn’t the only male artist to benefit from Warwick’s singing generosity, as she also paired with the likes of Howard Hewett, Kashif, Jeffrey Osborne, Glenn Jones, Johnny Mathis, Isaac Hayes and the Spinners (twice). She may be the woman with the most male duets in R&B chart history.

René & Àngela reached #12 on the R&B chart with their original version of this gem in 1983. But Avant and Keke Wyatt’s near dead-on remake charted even higher, reaching #4 R&B and #26 pop, making it the songwriting duo’s biggest crossover hit. The video link above is for the Avant remake. 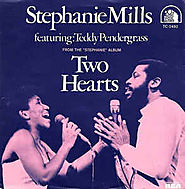 Stephanie Mills was a vocal powerhouse in the 1980s as she enjoyed chart success throughout the entire decade with hits like this No. 2-charting duet with the late TP. They recorded this just months before Pendergrass’ paralyzing car accident in early 1982.

Stacy Lattisaw and Johnny Gill were still teenagers when they recorded “Perfect Combination” in 1984. But they really proved to be the perfect combo when they joined forces for this more adult-oriented No. 1 single six years later, while Gill was already a member of New Edition.

There are seven songs by married couples on this list - and countless more by others who were dating at some point, including this top-five tune by R&B songstress Miki Howard and the late Gerald LeVert. 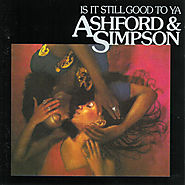 The husband and wife duo of Nick Ashford & Valerie Simpson is well represented on this list - with eight songs they wrote, four of which they also sang. This is one of those they recorded during their late-1970s/ early-‘80s heyday with Warner Brothers Records. Lyrically it tackled a bedroom subject that many couples find difficult to discuss at a time when few others had gone there. “Is It” peaked at No. 12 R&B in early 1979.

Roberta Flack found a worthy duet partner in singer Peabo Bryson after regular partner Donnie Hathaway passed away in 1979. Her 1983 collabo with Bryson was a top-20 pop/top-5 soul hit for the duo. Hathaway fans needn’t worry though...there are still four Flack/Hathaway duets coming up later in this countdown. 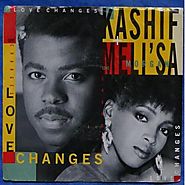 Mother’s Finest included the husband-and-wife duo of Glenn Murdoch and Joyce Kennedy (who appears on this list separately in another duet with Jeffrey Osborne). They were the first to record this soul classic in 1978. But it was Kashif and Meli’sa Morgan who had the most successful version. Their remake topped out at No. 2 R&B In 1988.