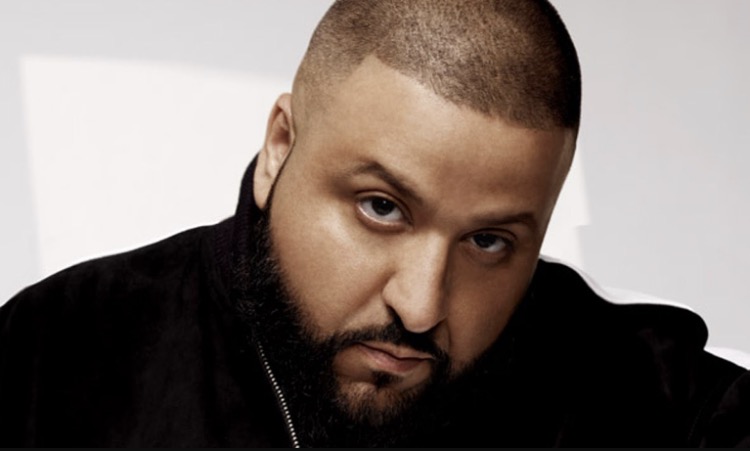 JAY-Z’s new album 4:44 is expected to do big numbers and possibly début at the top of next week’s Billboard album charts.

But there’s the small matter of this week’s list that is just being settled.  And the man who ended up on top is DJ Khaled, the 41-year-old producer and label founder from Louisiana whose 10th album, Grateful, debuts at No. 1 on this week’s new Billboard 200 chart.

At previous count, the proud new father and ever-present hype man’s new album was duking it out with the rock group Imagine Dragons, which ended up debuting at No. 2 with 147,000 album units – just 2,000 behind Khaled who ultimately prevailed.

It’s worth noting that Khaled’s 149,000 units only include 50,000 actual albums (either downloaded or otherwise), while the remaining 99,000 are the results of streaming – mainly of his two concurrent top-five singles: “I’m The One” (featuring Justin Bieber, Quavo – of the group Migos, Chance the Rapper and Lil Wayne) and new single “Wild Thoughts” (featuring Rihanna and Bryson Tiller).

Imagine Dragons, whose album actually more than doubled the sales of Khaled’s, with 109,000 copies, settled for No. 2 because its songs aren’t being streamed or downloaded à la carte nearly as much as those on Grateful.  Khaled’s streaming equivalent album-unit figure was at 81,000, while Imagine Dragons was at a paltry 23,000.

And there lies the difference.

Streaming and song accessibility – in Khaled’s case – carried the day for the mogul whose larger-than-life personality makes him almost inescapable in social media, TV, radio or just about any other medium out there.  Whether it’s TV commercials, talk shows, awards shows or the Internet, DJ Khaled has become a walking meme whose likeness is bound to show up anywhere these days.

Yet, even with a No. 1 single (the aforementioned “I’m The One” topped the Billboard Hot 100 back in May) and now two No. 1 albums (his previous release, Major Key, topped the chart last August) under his belt, I still ponder what it is that makes this man so popular.

See this exclusive list of all 168 rap/hip-hop albums to ever top the Billboard 200.

I recently posed the question to my ten-year-old nephew whose age group is probably a lot closer than my demographic is to the people who buy or stream Khaled’s music.  I showed him the cover of a recent Billboard magazine bearing the producer’s image and asked him, “what makes DJ Khaled so popular?”

He responded, “He’s a man who features a lot of people and he looks like a potato – and everybody likes potatoes.”

I laughed and had two reactions: 1) my nephew is pretty insightful and 2) I’m now inspired to write my next article, with the only decision being how to incorporate the “potato” comment in the article’s title.

I opted against that, but i knew even my young nephew was onto something with the first part of his answer…the part about featuring a lot of people.

DJ Khaled probably features more artists in his music than any other music entertainer out there.  That recent No. 1 single, “I’m The One,” became the song with the longest list of individually credited artists (five) to reach the top of the Hot 100 in the chart’s history.  And it was only the tip of the iceberg.

That’s just one more than his last album, which featured 34 different artists (many of which are the same as on the current album).  That album’s featured-artist density was even more incredible considering it was spread across just 14 tracks, compared to 23 for Grateful.

Still, when it comes to collaborators, the loyalty shown to DJ Khaled rivals that of any artist or producer out there.  His Wikipedia page boasts a list of 40 different artists who have appeared on at least three of Khaled’s ten albums, with the leader being rapper Rick Ross, who has appeared on all ten, and Lil Wayne running a close second at nine.

There are six artists who’ve appeared on the last five Khaled albums, including Ross and Lil Wayne, who are joined by Jadakiss, Big Sean, Mavado and Future.

Truth be told, even his production work is a study in collaboration.  DJ Khaled didn’t produce any of the album’s tracks by himself, and he is only listed as co-producer on 13 of the 23 songs.

And the songwriting?  He is indeed listed as a co-writer on all but the last one – oddly, a thank-you note to his eight-month-old son, Asahd.  But his songwriting contributions are likely limited to the shouts of “We The Best music,” “another one,” “let’s go” or “DJ Khaled!” that brand each song as his own.

This, of course, assumes that Grateful follows the tradition of other hip-hop albums, where the songs’ lines are written by the artist who performs them – and those are the only lines you mostly hear from Khaled, aside from the occasional shout-outs to the artists that accompany him.

In other words, what makes DJ Khaled so popular – besides his similarity to a potato in my nephew’s words – is his stable of big-named friends who apparently don’t mind lending their names and vocals to an album bearing his name and likeness.  What makes him so business savvy is that he gets to ride this gravy train for as long as those other artists remain popular themselves – and when they no longer are, he gets to replace them like an old beat-up car in favor of the latest hot model, or like Donald Trump does old wives.  (Interestingly, singer Chris Brown was omitted from Grateful after having appeared on the last five DJ Khaled albums.)

After closing last week’s BET Awards with a star-packed stage performance of “I’m The One,” DJ Khaled – clearly geeked by the presence of his baby son, the album’s inspiration – claimed that Grateful was his greatest album yet as he used the opportunity to encourage people to go out and get it.

After all, he’s got Asahd – the newborn son who’s named as the album’s executive producer (perhaps the paycheck for which will go to a trust fund?) and who is also “featured” on the album’s last track, “Asahd Talk (Thank You Asahd).”  (I counted Asahd among the 35 featured artists, by the way.)

He’s got the No. 1 album on this week’s Billboard chart, due in no small part to all of those featured artists who join him.

And he’s got those 35 loyal friends, with whom he gets to share the spoils of his success, and – based on the increasing success of his releases – many of whom will be invited back for his next album, probably in 2018.

As for Grateful’s quality, that’s a different story altogether – and largely depends on whether you’re a fan of trap music or artists like Future, Travis Scott or Rick Ross, who collectively appear on the most Grateful tracks, with nine to their credit.

Or Lil Wayne, who based on previous appearances, has a 90% chance of appearing on that next Khaled album.

Regardless of when it drops or who appears on it, you can bet your next sack of potatoes that some artists will.  And they’ll likely be among the biggest names in music at the time.

And there’s a chance that DJ Khaled will be right back at the top for yet “another one” when that next album drops.

And dems, my friends, is no small potatoes! 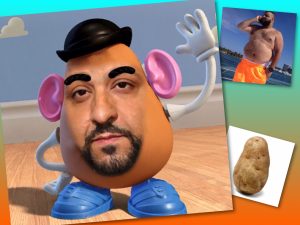