The first new No. 1 of the ‘20s is crowned! Here are the mini-stories behind the first No. 1 songs of each of the past 10 decades… 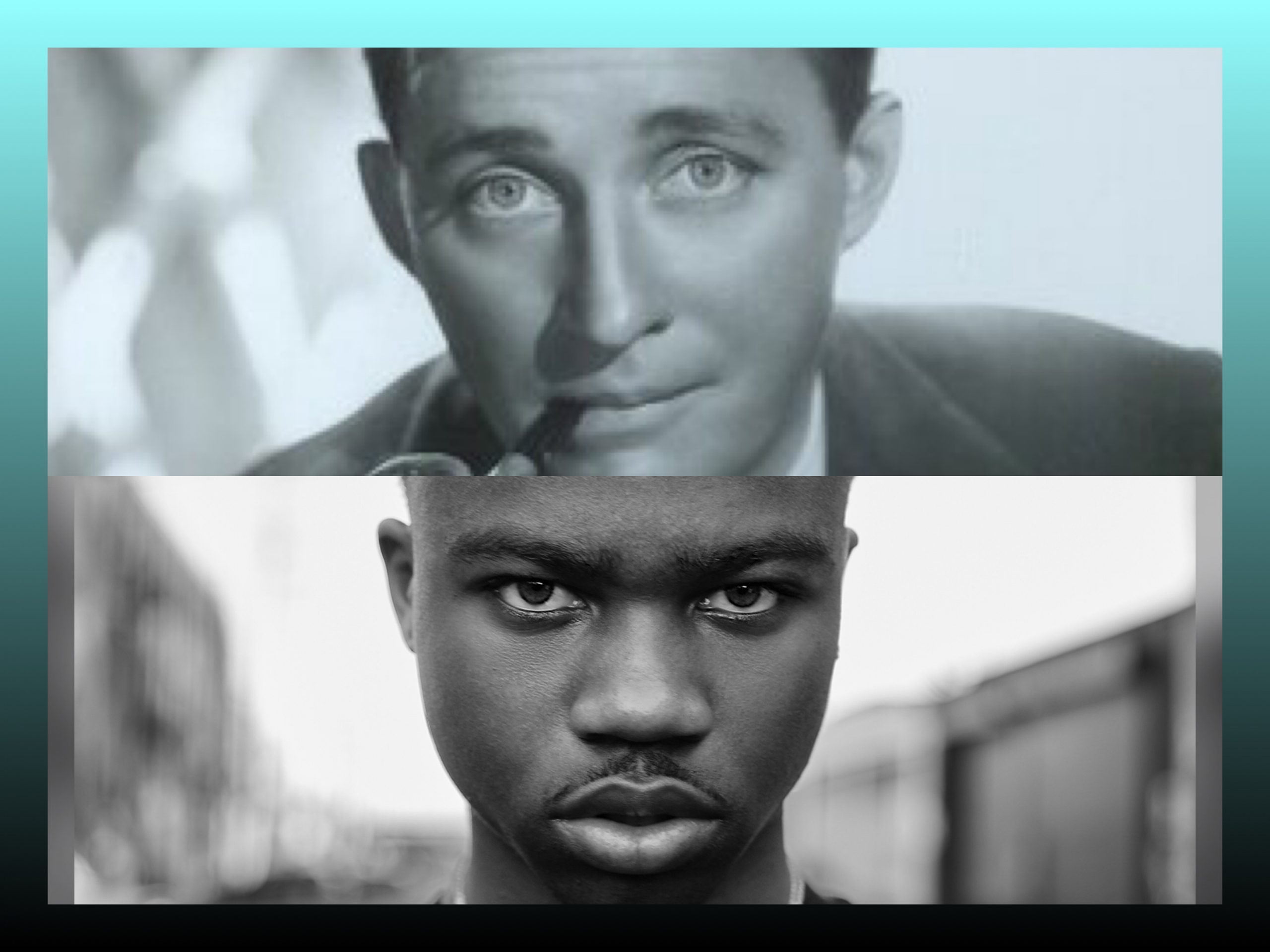 Young rapper Roddy Ricch claims this week’s throne and the decade’s distinction as his trap beat smash “The Box” rises 3-1 on the chart dated January 18, becoming the 21-year-old Compton, CA native’s first No. 1 single.  It joins his album Please Excuse Me for Being Antisocial, which returns to No. 1 on the Billboard 200 album chart this week after debuting at the top four weeks ago.

“The Box” displaces Post Malone’s “Circles,” which first rose to No. 1 in November 2019 for two weeks before returning to No. 1 on last week’s list.  The consecutive ranking of “The Box” and “Circles” is likely the first time that two geometrically titled songs have been No. 1 back-to-back on the Hot 100 in its 61-year history.

Before “Circles,” the No. 1 song on the January 4 chart was Mariah Carey’s “All I Want for Christmas Is You,” another holdover from 2019.  That song made history went it plummeted from No. 1 completely off the chart as the holidays came to a screeching halt.

On the occasion of Ricch’s achievement, DJROBBLOG thought it would be fun to take a quick look back at the previous decades’ first new No. 1 singles.  Since Billboard’s Hot 100 only started in 1958, the blog had to go back to predecessor charts to get the earlier firsts of the decades (for the 1930s, 40s and 50s).

So without further ado, here is our recap; see how many of these tunes you remember…

Believe it or not, this is the first time a rap song has kicked off a decade’s new No. 1s.  Ricch is the first male artist of any genre to have the decade’s first new No. 1 since 1990 (see below).  He is also the first African-American artist to have this distinction.  “The Box” owes much of its popularity to its use in a bunch of user-generated lip-sync videos that have gone viral on TikTok, which for readers above the age of 45 is a widely popular video-sharing app.

Speaking of Tik Tok, the first No. 1 song of the 2010s was just that, by pop star Kesha.  Surely, the artist formerly known as “Ke$ha” had no way of knowing that her single’s namesake would be the app that launched the next decade’s first No. 1, but it is the kind of stuff trivia nerds eat up.  Kesha’s “Tik Tok” is one of the biggest-selling singles of all time (25 million digital downloads as of Nov. 2019) and ranked as the No. 1 single of 2010.

Another teen pop star kicked off the 2000s and the millennium with her No. 1 hit.  “What a Girl Wants” was the second consecutive chart topper for Christina Aguilera, who had topped the chart just a few months earlier in 1999 with her debut single “Genie In a Bottle.”  At 20 years old, Aguilera became the youngest artist to have the decade’s first No. 1 single.

The longest wait into the calendar year for the decade’s first No. 1 on a Billboard chart came in 1990 when Michael Bolton’s “How Am I Supposed to Love Without You” finally dethroned Phil Collins’ 1989 holdover “Another Day in Paradise” in the third week of January.  Bolton’s tune was the first remake to do it, and ironically it was Bolton who wrote the tune that had been a hit for the late Laura Branigan six years earlier.

In a fitting end to the disco era of the late 1970s, one of the genre’s most successful entities began the 1980s with a No. 1 ballad.  “Please Don’t Go” was released in the late summer of 1979 but didn’t top the chart until January 1980, becoming the decade’s first new No. 1 single.  Interestingly, the second No. 1 of the ‘80s was Michael Jackson’s “Rock With You,” which marked the second time the young superstar had sung on a decade’s second No. 1 (he and his brothers had the second No. 1 of the 1970s with the Jackson 5’s debut hit, “I Want You Back”).

Here’s the only Oscar-winning Best Original Song among the first No. 1 songs of the decades.  Written by the legendary songwriting team of Hal David and Burt Bacharach, “Raindrops” was from the 1969 film Butch Cassidy & the Sundance Kid starring Paul Newman and Robert Redford.  Thomas would go on to have one more chart topper midway through the decade with another long-titled song, “(Hey Won’t You Play) Another Somebody Done Somebody Wrong Song” in April 1975.

“El Paso” is the only song on this list of first No. 1s of the decades that also topped the country charts (then known as country and western).  The song was written by Robbins and is the only one on this recap that is considered a story song.  In it, the protagonist, which Robbins sings in first person, dies in the end.  Ironically, the second No. 1 song of the 1960s – “Running Bear” by Johnny Preston – was another story song in which the protagonist dies in the end.  In both cases, the protagonists in the songs die after a final kiss from their love interests.

A lot of recent press was given to the fact that Mariah Carey’s “All I Want for Christmas” was only the second Christmas-themed song to top the Hot 100 after David Seville’s “The Chipmunk Song” in 1958.  Well, prior to the Hot 100’s inception in August of ‘58, Gene Autry’s “Rudolph” was one of the No. 1 Christmas tunes on Billboard’s predecessor chart, Best Sellers in Stores.   The song spent one week at the top at the beginning of 1950, clearly the lingering effects of the previous month’s holiday season.  In recent years, as a result of the resurgence of Christmas tunes on the Hot 100 due to streaming, “Rudolph” has attained a 21st-century Hot 100 peak of No. 16.

If you use Billboard’s charts, the first No. 1 pop song would be Tommy Dorsey’s “I’ll Never Smile Again,” which topped the very first national singles chart on July 27, 1940, and featured Frank Sinatra on vocals.  But purists would have to go back to January to find the first new No. 1 song of the 1940s, which also happened to be by Dorsey and his band, called “All the Things You Are.”  Chances are either a Tommy Dorsey or a Glenn Miller song would have had the honor as the two big band leaders dominated the charts with eight different No. 1s between them in 1940 alone, spanning 36 of the year’s 52 weeks.

The first Your Hit Parade chart didn’t appear until April 1935, so by default that would mark the first No. 1 song of the 1930s.  “Soon” was the centerpiece number sung by Crosby for the film Mississippi, starring the singer opposite W. C. Fields.  It’s also only fitting that Crosby had the first No. 1 of the 1930s as well as any chart of any decade, as he was America’s top multimedia star of record sales, radio airplay and cinema from 1931 to the mid-1950s.

And that’s it – ten decades, ten first No. 1 hits!  At the risk of being Captain Obvious, music sure has changed over the past century, hasn’t it?

So how many of those songs do you know or remember?

Provide a reaction to this recap in the comment selection or on any of the blog’s social media feeds, and have a great decade!

One thought on “The first new No. 1 of the ‘20s is crowned! Here are the mini-stories behind the first No. 1 songs of each of the past 10 decades…”