BTS: A South Korean Boy Band Hits No. 1 in America. Easy To Politicize, but Let’s Focus On The ‘ARMY’ That Put ‘Em There… 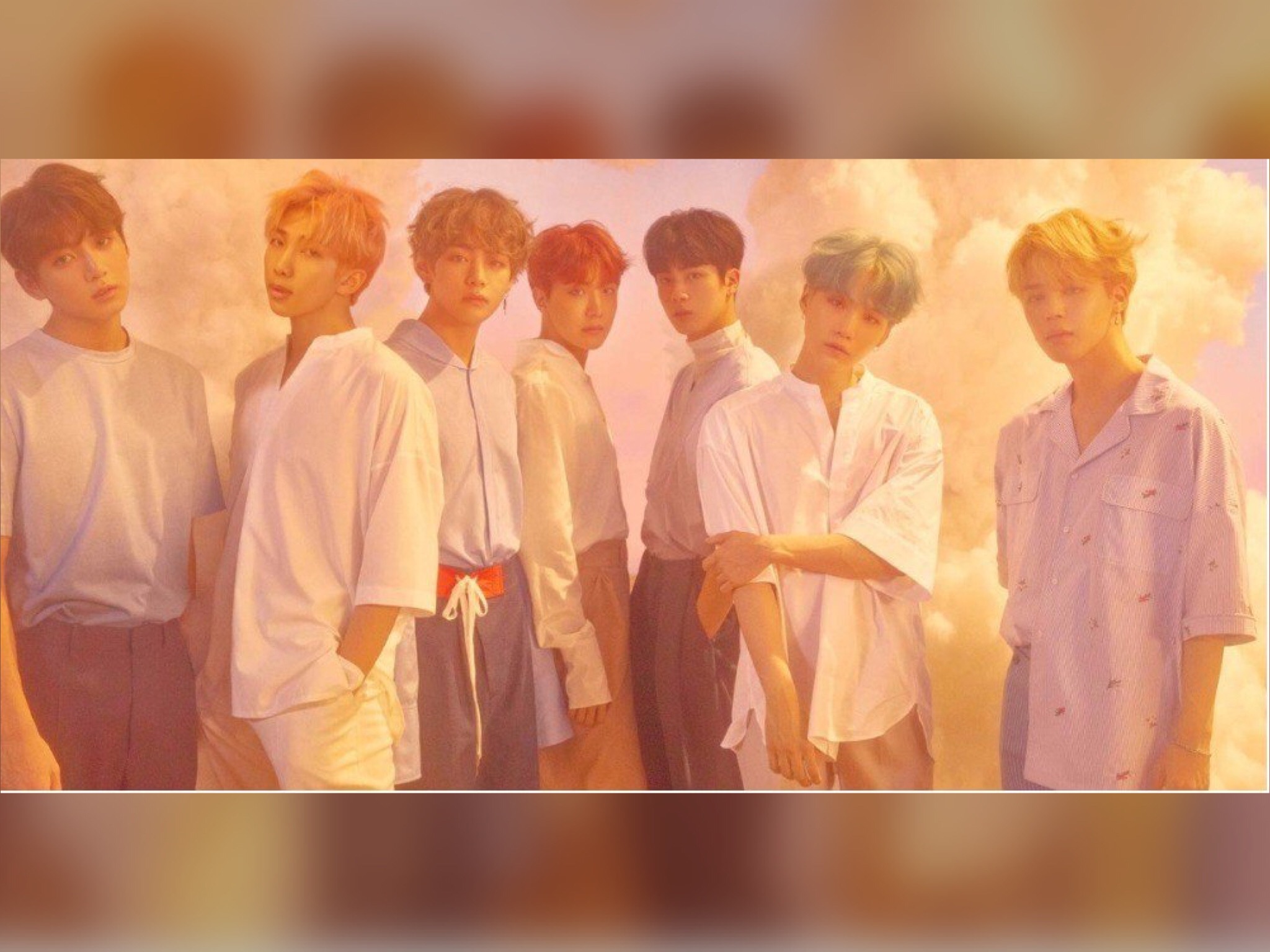 You may have heard that there’s been a lot of news about America’s evolving relationship with a certain Korean nation these days.

The on-off-on-again summit between Donald Trump and North Korean leader Kim Jong-un appears to be on again (as of today, May 29, 2018), and the  ice-cold relationship between North and South Korea, with whom America has had an allegiance for decades, appears to have thawed tremendously.

But the most politically aware among us might have missed the news during Memorial Day weekend that South Korean “boy band” BTS, a group of seven young men who sing pop, R&B, dance and hip-hop tunes primarily in their native Korean language, topped the U.S. Billboard album chart this week (dated June 2).

Branded by us westerners as K-pop, BTS makes the kind of music that, until very recently along with other propaganda, was blaring from huge loudspeakers in South Korea across the demilitarization zone separating it from North Korea, as a way to annoy their less friendly neighbors to the north.  It even notoriously triggered threats of war from the communist-led North Korea if the South didn’t turn it off (they didn’t until the recent peace accord reached between the two nations).

Now, by selling 100,000 traditional units and adding another 35,000 in equivalent units due to streaming and downloads of individual album tracks in America, BTS’ Love Yourself: Tear tops the U.S. chart, and the K-pop genre, at least for the moment, is more known for relegating hip-hop/trap artist Post Malone to No. 2 than it is for being South Korea’s most annoying Cold War weapon.

BTS topping the American album charts is huge in its historical significance.  It’s the first time a Korean act (or any Asian act) has topped the U.S. album chart with an album sung primarily in a foreign (in this case, Korean) language.  (Note: Bruno Mars, who is part-Filipino, has topped the chart, but with music sung in his native language, English.)

What’s more, BTS’ seven members makes it the largest group ever to top the chart without any of its members playing instruments (readers are asked to accept the term “band” in the context that most boy bands don’t actually play musical instruments).

Their historic accomplishment prompted South Korean leader Moon Jae-in to tweet the following congratulations to the group and their “ARMY” of fans:

“Congratulations to the Seven Music-loving Boys and Their Wings, ‘ARMY’!  The songs, dance, dreams and enthusiasm of BTS energized and gave strength to young people around the world.”

That kind of gesture by a state leader  may seem a bit extreme, but if Donald Trump can congratulate comedienne-actress Rosanne Barr for good TV ratings for her sitcom reboot, certainly it’s not out-of-bounds for the South Korean president to celebrate a K-pop band for becoming the most successful such band in the western world to-date.

And with that quip, it would be so tempting to continue pointing to the timing of BTS’ accomplishment in an increasingly globalized U.S. music market against the backdrop of the current international watch for a looming summit between an anti-globalization U.S. president and the “Supreme Leader” of South Korea’s neighbor to the north, Kim Jong-un.

But to do so would be opportunistic and disrespectful to the legions of people who are likely not thinking politics at all and who are responsible for BTS‘ accomplishment in the first place.

That would be the ‘ARMY’ (to the unenlightened that’s an acronym which stands for Adorable Representative M. C. for Youth) to which the South Korean leader referred.  The legion of fans that BTS has developed around the world, and particularly here in America, who make up that ARMY is astounding.  They have launched an all-out social media war to get their band to the top of the charts here, taking on any potential haters who dare to question their loyalty or discredit their notoriously hard-working seven guys as just another disposable boy band.

Those seven guys, consisting of rappers and vocalists RM (Kim Nam-joon), Suga (Min-Yoon-go), J-Hope (Jung Ho-seok), Park Jamin, Jin (Kim Seok-jin), Jeon Jungkook, and V (Kim Tae-hyung), have actually been around for about five years now and first cracked the U.S. top ten last October with their previous set, Love Yourself: Her, which peaked at No. 7.

The ARMY may have considered that a worthy accomplishment – and it was – but this week’s No. 1 crowning is victory achieved.  It’s the culmination of a long-waged campaign to get due recognition for a group who, before now, was more of an Internet sensation than a U.S. chart-topper.

The fact that a foreign band has now achieved a No. 1 album in the U.S. on the strength of its rabid fan base with very little radio support is also astonishing, even reminiscent of the kind of fan-driven euphoria surrounding another famous non-U.S. group (of four British lads) about 54 years ago, except that band was English-speaking, white and had tons of radio support to go along with the throngs of screaming girls hanging on their every note.

Korean-singing BTS has no such airplay support here in America.  Instead the Asian group has a huge fan base of young people who have swelled to numbers in the tens of millions in the past few years, primarily because the group knows the power of social media in the 2010s and how to leverage it for the best fan interaction.

They’ve also slowly built their worldwide fan base by touring and releasing increasingly accessible music in the past few years, culminating with Love Yourself: Tear, an eclectic mix of diverse tunes that is as impressive as any other pop album out their right now.

In other words, credit the success of K-pop band BTS, whose name is an acronym for Bangtan Sonyeondan (in Korean), to the hard work of the now world-famous septet and its legion of loyal, unrelenting fans – the ARMY of fans whose efforts have culminated in the kind of chart-topping recognition for the group they believed was worthy from the start.

Congratulations indeed go to BTS and their ARMY for their No. 1 accomplishment here in America.