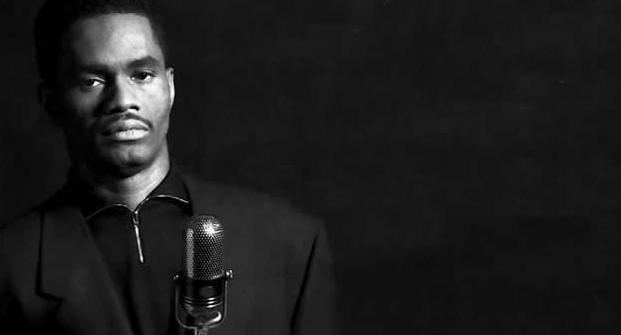 The music world has lost yet another of its gems in ’80s dance music king Colonel Abrams, who died after a reported battle with diabetes on Friday, November 25, 2016.

Abrams, who was born in Detroit but raised in Manhattan, rose to fame in 1985 with his brand of garage-house music, a post-disco style of dance popularized in Chicago and NYC.  His soulful vocal style and the choir-like backing vocals he employed gave his dance hits enough of an R&B flavor for his biggest hits to chart on Billboard’s R&B charts during his prime.

But it was the Billboard Dance charts where he really flourished.  He reached #1 on that chart four times between 1985 and ’87, including an occasion in February 1986 where his début album’s entire list of tracks were ranked at the top of what was otherwise a singles chart – making him the last male artist to accomplish that feat in the chart’s history (Madonna and Chaka Khan did it subsequently).

A month after all the album’s cuts relinquished the top spot, Abrams made a return engagement with the song from that same album which became his second-biggest and most memorable hit, “I’m Not Gonna Let (You),” which also reached the top ten on the R&B singles list and the pop top 30 in the U.K.

His other big hits were his first, (“Trapped”) and last (“How Soon We Forget”) dance chart #1s.  “How Soon We Forget” was his biggest chart success, peaking at #1 on the dance chart for two weeks and at #6 on the R&B chart.  In that jam, the singer’s Teddy Pendergrass-like baritone was in full effect, seemingly picking up where the legendary soul crooner had left off only a few years earlier.  Abrams’ powerful singing in “How Soon” was surrounded by two sets of backing vocals: a female choir whose vocals alternated playfully with that of the men who provided a baritone arrangement that always reminded me of the witch guards’ who gave that famous ‘oh-wee-oh’ chant from Wizard of Oz.

Like most dance musicians, Abrams didn’t butter his bread with only one style of music.  He also excelled at ballads, using that Pendergrass baritone to his advantage on songs like “Never Change” from his first album.  But it was clearly the dance floor where Abrams’ songs were mostly appreciated.

Colonel Abrams’ rise to stardom indeed came at a time when dance music was beginning to flourish again after the major setback it suffered in the early ’80s, but that never translated to major crossover success for the talented singer.  None of his singles made the pop top 40 in Billboard, even as they scaled the disco/dance charts alongside hits from Madonna, Prince, Nu Shooz and the Pet Shop Boys.  In that way, Abrams’ songs were club staples that people were always down for boogieing to, but which pop radio would hardly touch.

This dichotomy translated to mediocre sales and likely contributed to his reported financial downfall later in life.  Reports surfaced as recently as a year ago of the singer’s homeless status as details of his health problems also began to emerge.

Sadly, Abrams never achieved the superstar status that many lesser talented dance musicians from his day reached with orders of magnitude more than him.  He continued recording music into the turn of the 21st century, but none of the newer songs achieved the level of success of his earlier hits.

Now, in the wake of his unfortunate passing, we’re left to mourn what could have been for this one-time dance music king.  If you’re like me and are old enough to remember sweating and shaking your rump to Colonel Abrams’ greatest tunes, then raise a glass to toast this lost dance legend with me.

Colonel Abrams may you suffer no more.

Check out this classic Soul Train performance from May 1986.

His five best cuts (you can hear these and more via Spotify here):