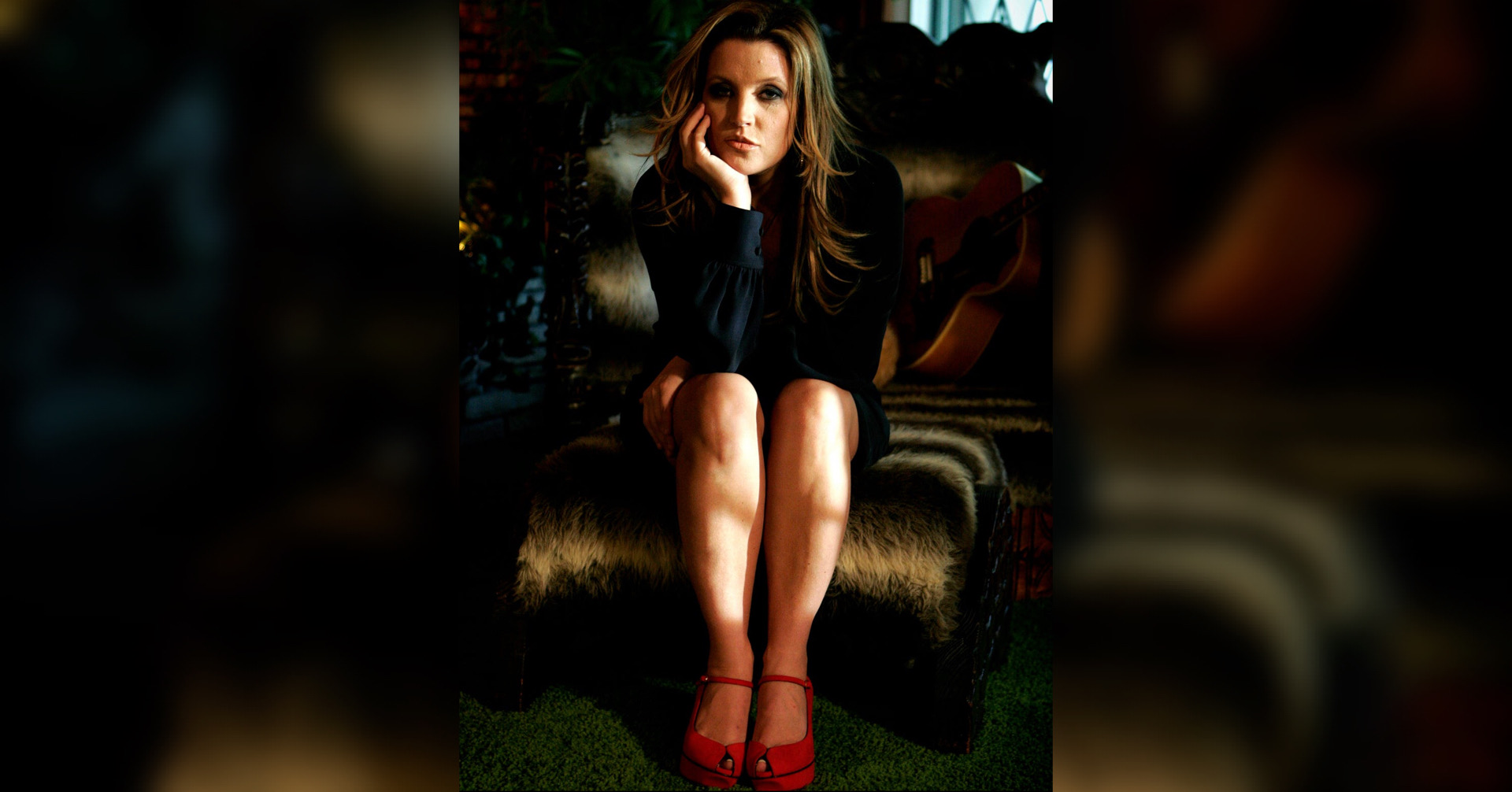 (January 15, 2023).  Royalty can be a tricky thing.  Properly earned, it can provide its owners with all the spoils and riches that naturally come with it.

But it can also be fragile, wrought with irreparable heartbreak, leaving its bearers (and those who observe them) distraught, bewildered and, in some instances, broken.

When it comes to American musicians, there are two kingdoms that are generally acknowledged and widely accepted as gospel.

One was Michael Jackson’s, who was reigning King of Pop for much of the 1980s and early ‘90s before his career was dogged by sexual misconduct allegations.

The other was Elvis Presley’s, whose status as the King of Rock and Roll is largely undisputed, even after some of the genre’s originators, like Chuck Berry, Little Richard and Fats Domino, were later acknowledged for their pioneering roles in its development.

Both kingdoms were helmed by men who were titans, both coming from meager beginnings—Elvis in Memphis, Michael in Gary, IN—with neither man formally trained in music, the chosen field that would propel them both to unprecedented superstardom.

Both Elvis and Michael were influenced by Black musicians who came before them.  Both would ultimately open doors for Black music that would permanently change the face of American pop culture.  Both sang of love and the heart and its fragility…about how easy that organ is to break.

Both men even recorded a song called “Heartbreak Hotel”: Elvis in 1956 as his first single release for RCA Victor, a song that would become his first No. 1 hit and one that laid the foundation for his future crowning as King; Michael a quarter century later with his brothers on a song whose title they would alter in some album pressings to avoid confusion with Elvis’ recording.

The Jacksons’ “Heartbreak Hotel” was the last top-40 single Michael had pre-Thriller, the album that would propel him to Elvis-like status the likes of which no other American musician had seen previously.

Elvis’ heartbreak in song was spurned by his “baby,” a girl whose departure left him with a new place to dwell at the end of Lonely Street, where people felt so lonely they “could die.”

Michael’s fictional “baby” broke his heart and left him “yearning,” while returning to the evil place where wicked women like Sefra and Sue would eventually spell his doom.

In reality another woman—the only person in the world who could have made such a claim—would have both men’s hearts: Lisa Marie Presley.

Lisa Marie—the only daughter of Elvis and the sole heir to his kingdom.  Lisa Marie—the first wife of Michael, a man whom she thought she could save, presumably from the same fate that befell her father.

Lisa Marie had rightfully inherited Graceland upon turning 25 in 1993.  It was Rock and Roll’s Buckingham Palace, located in Memphis, where its King Elvis is buried and where his minions made and still make annual pilgrimages to pay their respects.

A year later, in 1994, she would marry the King of Pop, which gave her immediate access to Neverland, Michael’s sprawling fantasy-like residence in Santa Barbara, CA.  It was Michael’s playground, his Graceland.  Had the marriage and the kingdom lasted, Lisa Marie’s unique place in American pop culture could have been manifested as the key holder to not just one but both of American pop’s fairylands.

Lisa Marie’s death on Thursday, January 12, was a stark reminder of the heart’s fragility—as if we needed another.  Only weeks earlier, the world watched in horror and collectively prayed after NFL player Damar Hamlin suffered a cardiac arrest and collapsed during a game between his team, the Buffalo Bills, and the Cincinnati Bengals.

Successful lifesaving measures were administered to Hamlin on the field and, later, in the ambulance and hospital.  His remarkable recovery has been celebrated as both a personal triumph and one that briefly unified a deeply divided country, politically and culturally speaking.

Perhaps his miraculous recovery also numbed us upon hearing the news that Lisa Marie had suffered a cardiac arrest on Thursday, merely 36 hours after she had made a public appearance at the 80th Golden Globe Awards, where she witnessed with her mom Priscilla the Best Actor win by Austin Butler, who portrayed her father in the film Elvis.

Surely if a football player who took a brutal hit on a football field could be saved from immediate heart stoppage, then the King’s daughter could as well.

Lisa was briefly resuscitated while under doctors’ care, offering a glimmer of hope. Then, just like her father and ex-husband before her, her heart just stopped.

Lisa Marie had a unique place in history.  She was at the intersection of two kingdoms—the daughter of one king, the wife of another—without any guarantee of becoming queen herself, at least not in the musical sense.

Unlike real monarchies, where kings and queens beget future kings and queens as a matter of birthright (and marriage), regardless of the progeny’s ability to rule effectively, royal crowns in music have to be earned.  Elvis did it.  Michael did too.

But Lisa Marie had a different role in these two royal families.  As a Presley, she vowed to protect her daddy’s legacy, preserving Graceland and helping keep his memory alive through tributes, celebrations and charitable donations.  The noted philanthropist had just made an appearance at Graceland four days before her death to commemorate what would have been her father’s 88th birthday.

As a Jackson, by marriage if not by name, Lisa Marie’s stated goal was protecting (and saving) Michael, the very persuasive and precocious King of Pop whose demise had begun only a year before their marriage with child molestation allegations he would later settle out of court.

It wasn’t until after she divorced Michael in 1996 that she even delved into music, first in virtual duets with her late father (their “Don’t Cry Daddy”—below—still evokes tears, especially now).  Then she recorded three albums, two of which—To Whom It May Concern (2003) and Now What (2005)—reached the top ten in Billboard.

Unlike Michael and Elvis, the hits were few for Lisa Marie.  “Lights Out,” her critically acclaimed and biggest hit single, failed to make the Billboard Hot 100, instead charting on sub-genre charts like Adult Pop Airplay and Pop Airplay.  Another virtual duet with Elvis, “In the Ghetto,” which was a reworking of the King’s 1969 No. 3 hit, only reached No. 69 on Billboard’s Digital Song Sales chart.

She instead seemed content to raise the four children she had from two of her four marriages: daughter Riley Keough and son Benjamin Keough (both from her first marriage to Danny Keough) and twin daughters Harper and Finley Lockwood (from her fourth marriage to Michael Lockwood).  She was also married to actor Nicolas Cage.

Lisa Marie was only nine years old when her father died of cardiac arrest in 1977.  The tragic loss of a father would devastate any young girl, heiress or not, and it couldn’t have been any different—emotionally at least—for Lisa Marie.

Add to that loss her daddy’s inescapable presence in the metaphysical sense, whether it be through his music or from the hundreds of impersonations and “Elvis sightings” claimed annually—at least early on—and you had the potential makings of a nightmarish existence for his young daughter.  Indeed, Lisa Marie, who otherwise appeared as well adjusted as anyone in her situation might be, admitted she struggled with substance abuse (and later addiction to prescription pain medicine).

When her ex-husband Michael died in 2009, Lisa Marie referred to it as her “biggest failure,” presumably alluding to her assumed role as his “savior” and her knowledge of the death premonitions he once shared with her, descriptions that were eerily similar to the demise of her father.

The loss of son Benjamin to suicide in 2020 was one more tragedy that Lisa Marie had to endure, a loss that devastated her but one that prompted her advocacy for people struggling with the “heartbreak of grief,” according to a tribute posted by David Kessler, founder of grief.com, with which the late Graceland heiress worked.

In the musical context, Lisa Marie would never be Queen—that never was her priority.  That title was instead reserved for the likes of Aretha (soul), Donna (disco), Tina (rock), and a whole host of popsters (Madonna, Whitney, Janet, Mariah, Britney and Beyoncé) by whom the crowns were well earned.

But Lisa Marie came closer to inheriting and later marrying into royalty than any one in this country’s modern history.  In fact, she actually did do those things.

That she would outlive both monarchs to whom she had unique and intimate access (Elvis died at age 42; Michael at 50) was always presumed.  That she herself would be gone at age 54–from cardiac arrest like her two musical kings—was the non-fairytale ending we didn’t expect.

Pop and rock purveyor DJRob (he/him/his) is a freelance music blogger from somewhere on the East Coast who covers R&B, hip-hop, pop and rock genres – plus lots of music news and current stuff!  You can follow him on Twitter at @djrobblog.