This Christmas, ‘Last Christmas’ brought hope for next Christmas! 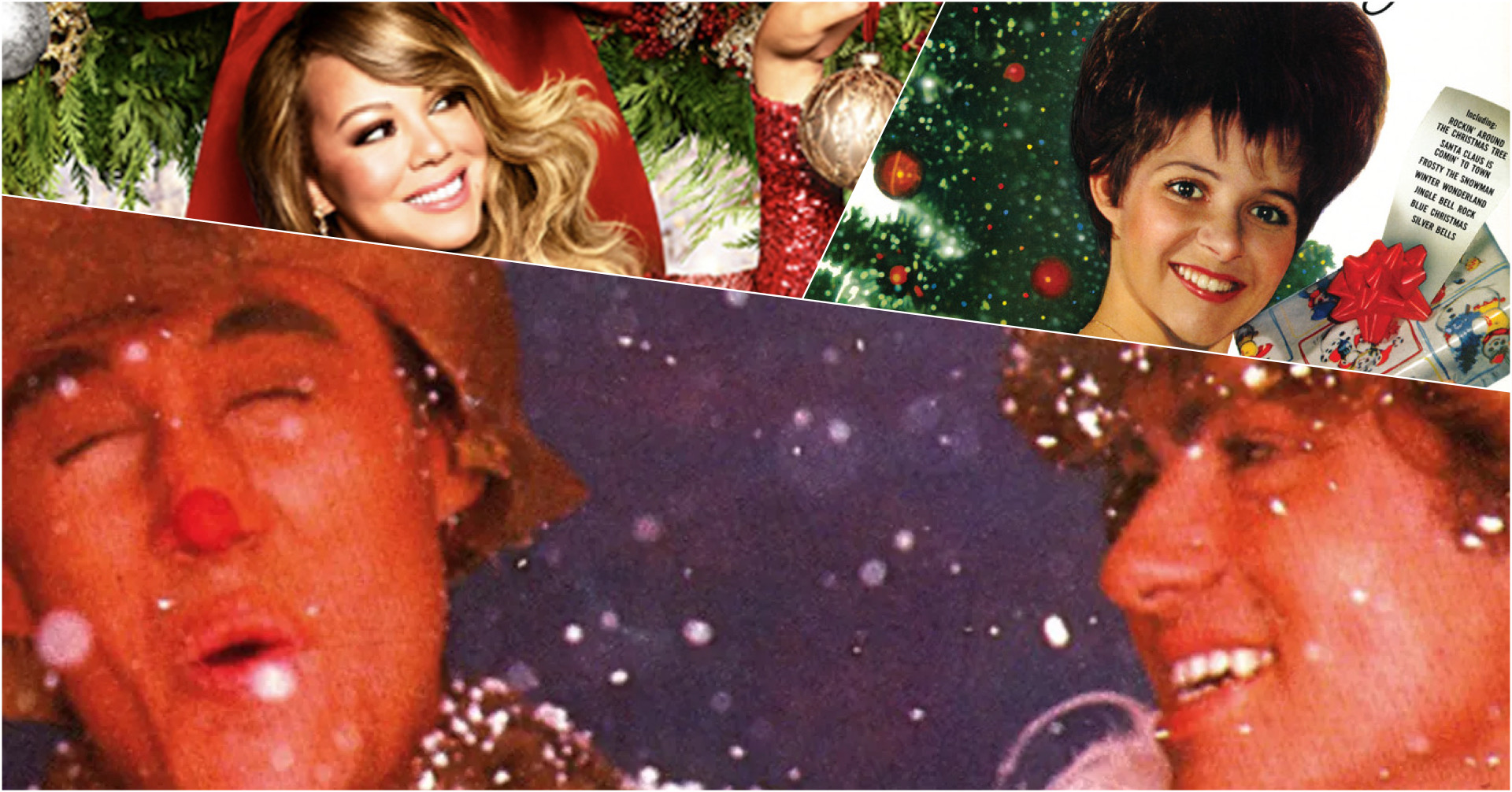 (January 4, 2023).  Christmas music may be behind us for the most recent holiday season, but there is a late-breaking occurrence involving this year’s crop of festive hits that may bode well for future seasons if you’re a chart follower like yours truly.

For the past four years, since 2019, the same four Christmas songs have been dominating the Billboard charts—in the same order—without any signs of being upended by other holiday tunes, old or new.

Those four have been the well-documented No. 1 smash “All I Want For Christmas Is You” by Mariah Carey, which has crowned the Billboard Holiday 100 Chart nonstop every Christmas season since 2015, and which has correspondingly topped the all-inclusive Hot 100 every December/January since 2019.

That’s been trailed by Brenda Lee’s “Rockin’ Around the Christmas Tree,” the 1958 yuletide standard that has climbed to the runner-up position on both the Holiday 100 and the Hot 100 charts each year since 2019; and the late Bobby Helms’ “Jingle Bell Rock,” which has peaked at No. 3 on both charts in each of the past four years as well.

Right behind them has been the late folkster Burl Ives, who has finished the past three holiday seasons peaking at No. 4 with “A Holly Jolly Christmas” and was ranked in the same peak position for the three weeks leading up to New Year’s Day this season.

Each year for the past four holiday seasons, no other Christmas tunes have been able to penetrate the fortress that’s been built by those four songs, with several contenders, like Andy Williams’ “It’s the Most Wonderful Time of the Year,” Jose Feliciano’s “Feliz Navidad,” and Wham!’s “Last Christmas,” knocking on the door at No. 5 or 6 but unable to climb any higher.

For the Billboard Holiday 100 and Hot 100 charts dated January 7, 2023, which tracked sales, streaming and radio activity during the seven days from December 23-29, the top three songs are the same as always: 1) “All I Want For Christmas Is You”; 2) “Rockin’ Around the Christmas Tree”; and 3) “Jingle Bell Rock.”

This means that for the first time since 2019 when massive streaming and downloads of holiday tunes made them dominant chart perennials on the Hot 100, there’s a new occupant of the No. 4 slot, with “new” being a relative term here since Wham!’s “Last Christmas” is actually 38 years old!

“Last Christmas” pushed “A Holly Jolly Christmas” down to No. 5 just in the Saint Nick of time, as next week Billboard will sunset its annual Holiday 100 chart and the regular Hot 100 will return to normal, non-holiday hit activity.

While its latest accomplishment here in America is not a huge deal, “Last Christmas,” which has been a perennial favorite ever since its 1984 release—especially in the U.K. where it reached No. 1 on the Official Charts survey—shows that there is an appetite for at least some shifting among the songs people are consuming the most around the holidays.

Another, more promising data point is this: although she remains stuck at No. 2 behind Mariah’s juggernaut on the overall Hot 100, Brenda Lee’s “Rockin’ Around the Christmas Tree” barely overtakes “All I Want for Christmas” at the top of the streaming chart—one of the three components that feed the Hot 100 (with sales/downloads and radio play being the other two).

With streaming being the predominant factor in all of these songs’ chart placements, Lee’s swapping with Carey could be an indication of things to come for the overall charts in future holiday seasons.

Or this could just be the result of a calendar quirk in the latest charts, where the Friday-to-Thursday tracking period included the first four days following Christmas, when playlists and sales/downloads shifted downward to reflect the holiday’s passing.  “Last Christmas,” a more reflective tune, likely benefited from lingering sentiment in the days following the actual holiday.

Next week’s chart (tracking activity from December 30 – January 5) will likely see all 40 of the Christmas tunes that populate this week’s Hot 100 exit the list as the charts return to normal (and Taylor Swift’s “Antihero” likely hops back to No. 1).

So we’ll have to wait until next Christmas to see if these new festive tune developments are indications of further changes to come at the top of the charts, or just an anomalous tease for those who’ve been wishing for Brenda Lee or Wham! to finally get their first No. 1 singles in decades (and for Mariah to abdicate the throne).

We’ll begin to find out next November and December when all these songs come sledding back onto the charts.  Until then, Happy New Year 2023!  And keep reading djrobblog for more music trivia and other coverage throughout the new year and beyond!

Holiday music tracker DJRob (he/him/his) is a freelance music blogger from somewhere on the East Coast who covers R&B, hip-hop, pop and rock genres – plus lots of music news and current stuff!  You can follow him on Twitter at @djrobblog.