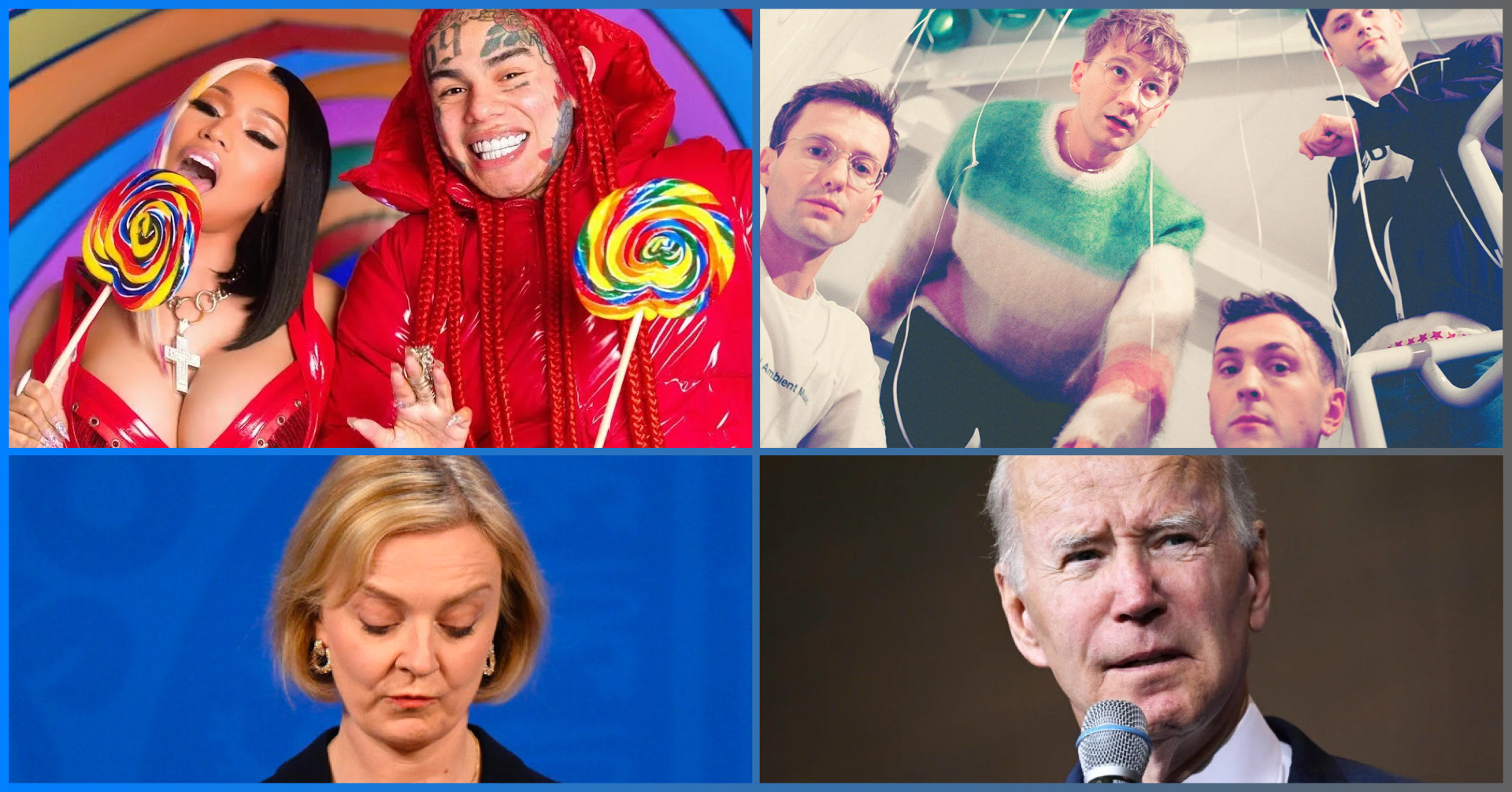 (October 21, 2022).  When British prime minister Liz Truss—whose ascendency to office was a mere 44 days earlier—abruptly announced her resignation on October 20, it took the world by surprise, sending financial markets into a tailspin and causing political experts to ponder what was next for the troubled U.K.

It also sparked a number of memes and news vignettes about the various things in life that outlasted the controversial prime minister’s leadership, from wet lettuce to an uncooked ham (frozen, of course), to most hard cheeses, to Britain’s first coronavirus lockdown, to Kim Kardashian’s first marriage (to Kris Humphries, which lasted 72 days, nearly a month longer than Truss’ tenure).

So short was her time in office that, if someone were to list all the songs that have reached No. 1 on the Billboard Hot 100 (in America) and identify those that spent longer on the overall chart than Truss did in office, they’d literally have to name all 1142 songs that have topped the chart.

Every song, that is, except two.

Only two No. 1 songs in the entire history of the Hot 100 spent less total time on the chart than Liz Truss did as prime minister.

One reached the pinnacle only two years and four months ago, when Truss’ predecessor and former leader of Britain’s Conservative Party Boris Johnson was still in power.

The other happened six months later and was by a K-pop septet who’d already two other No. 1 songs in the previous three months.

The first was a song by two colorful rappers that trolled the No. 1 spot in its first week on the list on June 27, 2020, then made a record-breaking fall from the top spot to No. 34 the following week.

The next week it tumbled twenty spots further to No. 54 and then in its fourth week nosedived to No. 83.

A week later it was gone.

That’s four total weeks on the Hot 100—or 28 days…sixteen fewer than Liz Truss’ time in office before announcing her resignation on Thursday.

The song was “Trollz,” a duet between the heavily tatted and rainbow-coiffed rapper 6ix9ine and Barbie-inspired femcee Nicki Minaj.

Only once since then has a song that topped the chart sped off the list so fast.

The closest anyone had come before that was when former American Idol Taylor Hicks’ No. 1 single “Do I Make You Proud” fell off the Hot 100 after only eight weeks on the survey in 2006.

Still that was twice as long as “Trollz” and “Life Goes On,” which I’d be willing to bet even the most diehard of 6ix9ine’s fans or Nicki’s Barbies or BTS Army don’t readily remember.

To put those short timeframes in perspective, one of this year’s biggest No. 1 hits, “Heat Waves” by Glass Animals, just spent its record-breaking 91st(!) week on the Hot 100, which dates all the way back to January 16, 2021, when it entered the chart at No. 100 before taking more than a year to reach the top position.

Those 91 weeks (and counting) make “Heat Waves” the longest charting song (regardless of peak position) in Hot 100 history and the only song to outlast the current U.S. president’s administration.  President Joe Biden took office on January 20, four days after “Heat Waves” entered the chart.

The only other contender for this distinction was The Weeknd’s “Blinding Lights,” which spent 90 weeks on the Hot 100 from 2019 to 2021. But when Joe Biden’s presidency moved into its 91st week this past Wednesday (19th), and “Heat Waves” completing its 91st week on the Hot 100 this Saturday (22nd), it eliminated “Blinding Lights” and made “Heat Waves” the lone song to have remained on the chart longer than the current White House occupant.

Although we expect Biden’s presidency to eventually surpass the chart run of “Heat Waves,” that song has actually outlasted three other U.S. Presidents’ time in office: Zachary Taylor (492 days), James A. Garfield (199 days) and William Henry Harrison (31 days), all of whom spent less time as leaders of the free world than the 643 days (and counting) that Glass Animals’ song has amassed on the Hot 100.

Which reveals yet another fascinating factoid.

Even the lone U.S. presidency to fall shorter than Liz Truss’ prime ministry—William Henry Harrison’s (truncated by his sudden death due to illness in 1841)—lasted longer than “Trollz” (by three days) and “Life Goes On” (by ten).

There is a silver lining in this for Minaj. Her current top-10 hit—also a former No. 1–has been on the chart nine weeks and counting. It means that song, “Super Freaky Girl,” will have spanned three British prime ministers’ reigns: Boris Johnson, Liz Truss and whoever her successor will be (assuming it’s not Johnson).

Just two more pieces of trivia whose simultaneous occurrence (with Liz Truss’ resignation and Joe Biden entering his 91st week a day apart) makes a trivia geek’s day…and another factoid that dubiously gets BTS, Nicki Minaj and her trolling partner 6ix9ine into the record books.

Trivia treasure trove DJRob (he/him/his) is a freelance music blogger from somewhere on the East Coast who covers R&B, hip-hop, pop and rock genres – plus lots of music news and current stuff!  You can follow him on Twitter at @djrobblog.