Skip to content
Featured Artists In Memoriam... R&B Music Commentary Trivia You Can Use Uncategorized 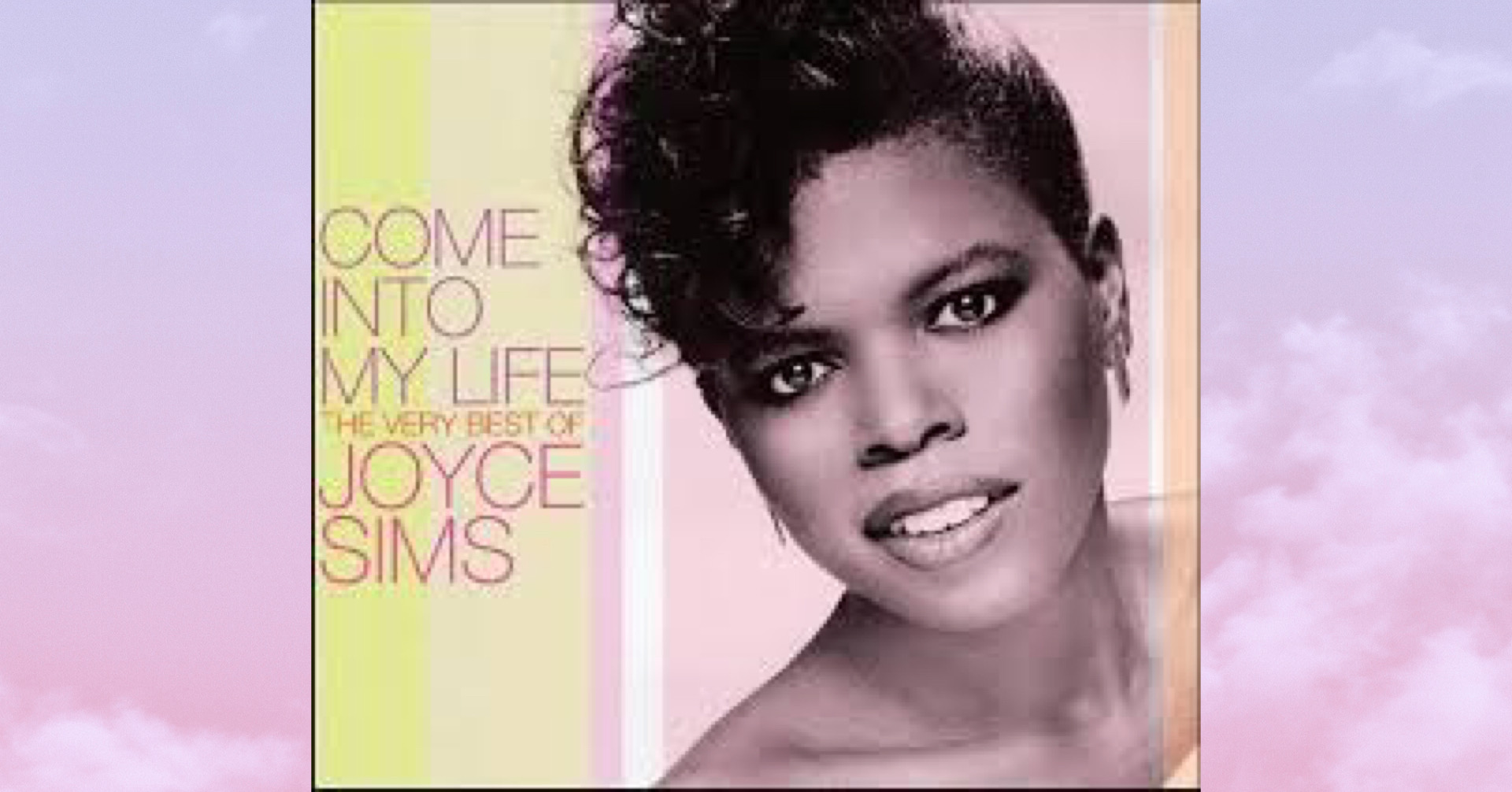 (October 18, 2022).  For a short period between the demise of (real) multi-instrument bands and studio musicians that characterized soul music prior to the early 1980s, and when improved 1990s studio technology gave R&B much more sparseness and sheen, there were the late 1980s.

Anyone over the age of 45 remembers the era well: that half-decade or so between 1985 and 1990 of overproduced, heavily programmed and extremely busy R&B (other genres had this issue too) where the focus was more on multi-layered synths and overbearing, robot-like percussion than on clever chord changes, subtle musical imperfections and strong vocals.

The emergence of house music, hip-hop, free-style and New Jack Swing rendered traditional soul and R&B music less a normalcy and more a delicacy, one to be savored when you heard it because you never knew when you might get another new taste.

One such taste came during the late ‘80s via a budding singer out of Rochester, New York named Joyce Sims—an artist signed to a small independent dance and hip-hop label called Sleeping Bag Records and one whose lone top-10 hit on the Billboard Hot R&B/Hip-Hop Songs chart (then known as Black Singles) is considered a classic!

That song was “Come Into My Life,” the sublime international hit that Sims wrote and which reached No. 10 on the Black Singles chart in February 1988 while reaching the top 10 in four other countries (Belgium, Ireland, Netherlands and Germany) that same year.

Sims died Saturday, October 15, of unspecified causes.  She was 63.

Under the A&R leadership of Kurtis Mantronik of the ‘80s group Mantronix, Sims was first marketed by Sleeping Bag Records as a free-style dance artist, with her first two singles—1986’s “(You Are My) All And All” and the following year’s “Lifetime Love”—both scaling the top ten of Billboard’s Dance/Disco Chart (as it was known then).

Both of those also reached the top 40 in the U.K., no small feat for a boutique label like the New York City-based Sleeping Bag Records whose modest budget likely didn’t include promoting Sims’ records overseas.

It was the success of those two songs—“All And All” and “Lifetime Love”—in Europe that paved the way for “Come Into My Life” to achieve even more success abroad than its predecessors.

Except “Come Into My Life” was also very different from Sims’ first two singles and perhaps most other dance/R&B jams out during that time.

Whereas “All And All” and “Lifetime Love” were clearly cut from the free style cloth, especially the latter with its doubled and tripled programmed beats and a staccato synth that sounded like it was made on a computer in someone’s basement (but people jammed too nonetheless), “Come Into My Life” took its inspiration from a more subdued soulful sound of an earlier era.

Vocally, “Come Into My Life” showcased Sims’ fragile but effective contralto that sometimes veered into soprano range, particularly during the song’s unforgettable intro where she operatically scatted over a unique opening synth riff before launching herself into a soprano high note that she held for an incredible 16 seconds that screamed “Barbra Streisand eat your heart out!”

So much a departure from the norm was “Come Into My Life” that it actually inverted the chart success of its two predecessors.  Where “All And All” and “Lifetime Love” reached the top ten on Billboard’s dance/disco chart but not the R&B list, “Come” peaked at No. 10 R&B and didn’t even crack the dance/disco top 40.

“Come Into My Life” also came at an interesting time for women in soul music.  Only a year or two removed from the unprecedented pop breakthroughs of several Black female superstars like Janet Jackson, Sade, Whitney Houston, Patti LaBelle and Anita Baker, newcomer Sims was among a crop of other female singers—both veteran and new—that were just trying to make their mark in the industry, while not overtly catering to a pop market.

Similar to most women in that latter grouping, none of Sims’ three aforementioned singles even made the Hot 100, which was astonishing given their success overseas with European pop audiences.

But that never stopped her from enjoying the fruits of the moderate success she did manage to achieve, a success that was measured on a much smaller scale than that of her superstar American contemporaries.

On the strength of her records being played in dance clubs and on Black radio across the U.S., Sims was able to secure concert gigs at small venues (including some in which patrons got in free of charge), and even was once quoted as having earned $200k in 1988 alone for record sales and concert receipts, a feat for which she was incredibly grateful ($200k wasn’t bad for someone with only a handful of moderate chart hits, especially in ‘80s dollars!).

It goes without saying that Sims was an unusual but gifted singer and songwriter whose music superbly navigated that uneasy ‘80s transition from traditional R&B/soul to Black music’s over-the-top hip-hop/dance/New Jack hybrid.

Despite being as much a part of that hybrid as any of her peers during her prime, Sims stood out of that late-‘80s synth-soul albatross, thanks mainly to “Come Into My Life,” which dared to be different from much of the stuff around it.

The late-‘80s might be known for some forgettable trends—big-hair bands, mullets and parachute pants among them—and people might be inclined to lump the synthetic R&B music of that period right in with those other fads.

But if they do, they’d be wise to leave Joyce Sims’ “Come Into My Life” out of that trash heap, for it was flawless then and still is today, and it made Sims “shine like diamond ice” at a time when not many other songs were capable of doing that.

Soul/R&B music lover DJRob (he/him/his) is a freelance music blogger from somewhere on the East Coast who covers R&B, hip-hop, pop and rock genres – plus lots of music news and current stuff!  You can follow him on Twitter at @djrobblog.