Never mind the homophobia, the level of ignorance in DaBaby’s recent rant (and that of defender T.I.) is off the charts! 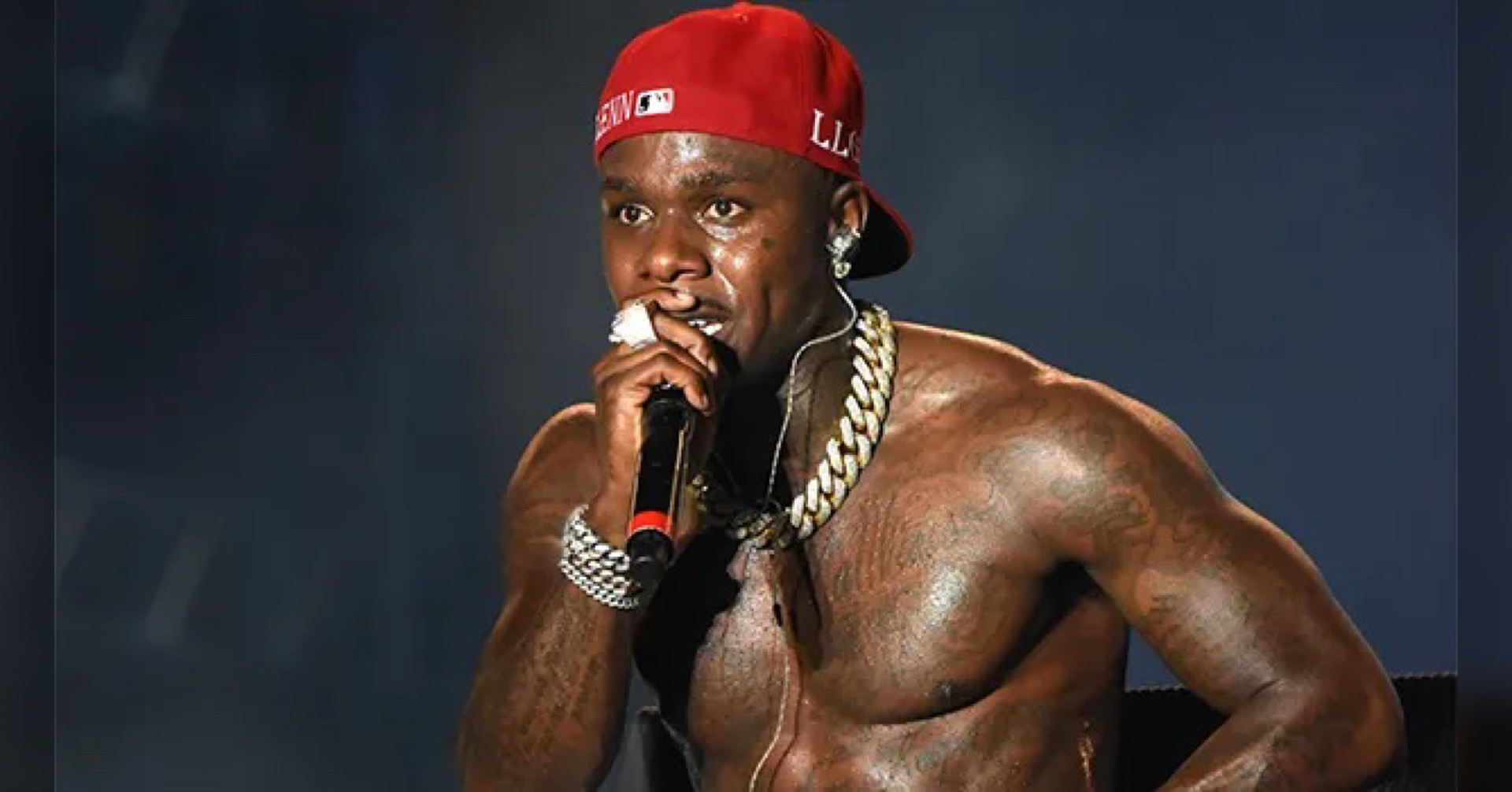 By now many folks have heard about the anti-gay rant that rapper DaBaby went on during a performance at Rolling Loud Miami this past weekend.

It went as follows:

The level of misogyny and homophobia in hip-hop has always been high.  It goes back to when Ice Cube felt the need to remind us that “big dicks up yo’ ass is bad for your health” in 1993’s “Check Yo Self,” his only No. 1 hit on the Billboard Hot R&B/Hip-Hop singles chart.

But that was 1993, and this is 2021.  Now, nearly thirty years after Cube’s no-homo health tip and almost exactly 40 years after the discovery of the AIDS disease and subsequently the virus that causes it, you’d think that smart rappers would know that singling out and celebrating concert-goers who weren’t either infected with HIV/AIDS or “sucking dick in the parking lot” just isn’t too cool.

But it gets worse.

DaBaby, upon hearing of the flack he was receiving on the interwebs, decided to double down and defend his earlier words with an even more appallingly ignorant statement, even worse than the “I’m not homophobic, see I have a gay friend” variety.

He added that his gay fans don’t have AIDS because they aren’t “nasty” and “take care” of themselves, sharing that because a male fan with a crop top was singing along in the audience, critics need to “shut the fuck up.”

More about that audience: “What me and my fans do at the live show, it don’t concern you niggas on the internet, or you bitter bitches on the internet. It’s not y’all business. What I do for the live show is for the audience at the live show,” Dababy said. “It’ll never translate correctly to somebody looking at a little five, six-second clip from they goddamn crib on they phone. It just don’t work like that.”

Actually, ninja, it does work like that.  You see, the clip was closer to 30 seconds and that trusted audience of yours included someone who didn’t see his bond with you quite the way you did.   In fact, he or she saw fit to not only record your words (as you stated them), but post them to social media – or better yet, even sell them to TMZ – instantly making you the latest celebrity to get caught sticking his proverbial foot in his mouth or, more accurately, his mic up his ass, and later find yourself having to walk those words back…on that same Internet you claim doesn’t get it.

As for the original statement relegating HIV/AIDS to an STD that can “kill you in two to three weeks,” didn’t that kind of Reagan-era thinking go out with the 1990s (or even earlier)?  It would have been understandable 40 years ago when little was known medically about the virus or the disease and its pathology.  Or maybe DaBaby’s only data point is the late rapper Eazy-E, who died of AIDS-related pneumonia in 1995 just a month after his diagnosis (although it’s likely he’d been infected long before then).

I can’t even measure the level of stupidity associated with that statement about his fans not having AIDS because they’re not “nasty” and “take care of themselves.”  It’s that kind of boneheaded thinking that allows HIV/AIDS to still be a problem today – if not as deadly a virus as it once was due to advances in treatment and preventive medicine.  Still, the notion that DaBaby’s fans are any better protected from STDs merely because they’re his fans is beyond ludicrous.

Then there’s the rapper who came to DaBaby’s defense, Atlanta’s T.I., who said in the comments of a post in The Shade Room, “If Lil Nas X can kick his shit in peace…so should DaBaby [shrug emoji].”

Of course, he couldn’t resist coming back to hip-hop’s LGBTQ poster child.

“The Lil Nas X shit – the performances, the videos – I got a lot of respect for bro, because, like I said, he had the courage to live his truth, but that shit ain’t for me. I can’t look at it, it ain’t for me,” he said.

First of all, in the post-Trump era where lies have become known as “alternate realities,” I get how someone can claim that words we hear with our own ears and quote directly from the source could be “misconstrued,” so I’ll give T.I. that one.

But when did anyone attack DaBaby’s “rights” as a heterosexual?  What is being challenged are his statements.  That’s like saying DaBaby represents the views of all straight people and therefore straight people are now under attack or their rights are being taken from them because the Internet is reacting to his ignorant comments.

DaBaby has every right to “live in his truth” as a heterosexual rapper.  He’s not being denied his right to like women (as long as their stuff smells like water).  Like any of us – straight or gay – he’s merely being held accountable for his words, especially in the Internet age where those words are much more likely to be captured and shared (and the celebrities that uttered them dragged) than they would’ve been 30 years ago.

Secondly, what’s this mess about making one group of people’s rights more than another group’s the law?  That’s like some “All Lives Matter” response when Black people are simply trying to achieve the level of equality that white people and others have.  When did any of the rights you have as a straight man get denied because a homosexual person is enjoying his or hers? Rappers have been running through women in music videos for 40 years. All of a sudden, one gay rapper decides to acknowledge his own sexuality in a couple of videos and your rights are being taken away?

The mere fact that you have to express your respect for a gay man living his truth is indication that the playing field is not level.  When was the last time you heard Lil Nas X or any member of the LGBTQ community publicly applaud a straight person for “living their truth,” then following it with “but that shit ain’t for me”?

Here’s a tip for Tip: don’t equate DaBaby’s verbal attack on homosexuals with Lil Nas X living his truth as one.  When X goes on an unprovoked verbal rant about heterosexuals and their “deadly” diseases or tries to walk it back by separating the clean straight people from the “nasty” ones, then you might have a legitimate grievance.

Until then, you should miss us with that lame-ass “homosexuals have more rights than straight people” nonsense.

In full disclosure, DaBaby did issue the following apology in full rainbow-colored font at the end of his newest video (for the song “Giving What It’s Supposed To Give” released just hours before this article was published): “Don’t Fight Hate With Hate: “My apologies for being me, the same way you want the freedom to be you.”

I guess acknowledging the initial display of hate is a start.

2 thoughts on “Never mind the homophobia, the level of ignorance in DaBaby’s recent rant (and that of defender T.I.) is off the charts!”