Double standard? Morgan Wallen is cancelled for slur that appears in half the albums in the Top 10 (including two on his label). 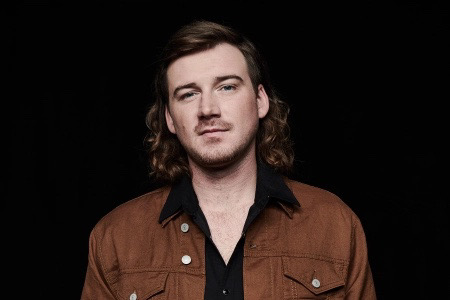 (February 4, 2021).  Far be it for me as a Black man – especially during Black History Month – to make any arguments for or against cancel culture when it comes to the N-word, which by all standards should be deemed inappropriate for anyone to use (but we all know it’s not) – whether it’s done as an invective or as a Black man’s term of endearment.

And for a white man to use it in any context is at a minimum, well, just plain stupid, regardless of that man’s station in life.

But even I see some irony in the current uproar over the top musical act in America today – country singer Morgan Wallen – being essentially cancelled for having used the N-word in his front yard last Sunday (as captured in a video apparently taken by a very curious neighbor).  The grainy video was apparently sent to TMZ (I’m sure $$$ was exchanged) and then spread to news outlets and, of course, social media, before the industry in which Wallen works took notice.

When the news broke, big radio station conglomerates had already begun pulling Wallen’s music from their playlists, with streaming companies like Spotify doing the same.

On Wednesday, February 3, the rising superstar’s label Big Loud Records (with the blessing of its distributor Republic Records) suspended Wallen’s recording contract (and all promotion of his music) indefinitely.  Later that evening the Academy of Country Music announced that he would not be eligible for their 2021 awards, citing their “dedication to diversity and inclusion.”

Wallen’s latest album – Dangerous: The Double Album – has been No. 1 on the Billboard 200 chart for the past three weeks and, based on midweek projections, was on track to be No. 1 again on the next chart.  It’s already broken streaming records for a country album and its 3-week stay at No. 1 is among the most for a male country singer since the days of Garth Brooks in the 1990s.

In other words, this could potentially be the highest perch from which a cancelled artist would fall since the Dixie Chicks (now just the Chicks) were almost completely rejected by country radio after their very pointed criticism of then-President George W. Bush’s foreign policies in 2003.

Few actions taken against an artist for his or her behavior have been as swift as those enacted against Wallen on Wednesday, and the precedent is especially remarkable considering he is currently sitting at the No. 1 spot on the most important Billboard chart.

Yet it’s that chart that provide the most interesting backdrop to this story – and the most ironic one.

Among the albums co-listed with Wallen’s in this week’s top ten, half of them make very liberal use of the N-word in their lyrics.  Those five albums are currently sitting at Nos. 2, 4, 5, 6 and 9 and are recorded by the late Pop Smoke, The Weeknd, Lil Durk, the late Juice WRLD and Lil Baby, respectively.

For the unenlightened, those five recording artists include four rappers and an R&B/pop star (The Weeknd being the latter). By the way, The Weeknd (real name: Abel Tesfaye) is performing at the Super Bowl Halftime Show this Sunday.

Not only that, but four of those albums (the exception being the very recent release by Lil Durk) are among the biggest-selling albums of any genre so far in this young decade.

And get this: the albums by Pop Smoke and The Weeknd are distributed by the same label – Republic – as Wallen’s.  I could go on writing about how labels have exploited young Black artists these days, but I’ve already done that in this earlier piece.

With all the coverage related to Wallen’s front-yard faux pas, this dichotomy has been, for the most part, overlooked.

So the obvious question is, does the current backlash – a very significant one at that – levied against Wallen represent a double standard in music, and in the larger American society as a whole?

If we’re being honest with ourselves, the simple and sad answer is yes, but perhaps with a caveat…one that requires exploring.

As with anything, this subject requires a deeper dive and broader context to explain why the “double standard” exists in the first place.

Because of the term’s historical context, where its use was shrouded in hate and it usually accompanied lynchings and other heinous crimes committed against Blacks in this country, when it is uttered by someone who isn’t Black – even if it is said in jest or as part of some quote attributed to someone else – it is considered vile and offensive and thus unacceptable.

On the contrary, the word sadly has been (and will likely continue to be) a term of endearment – or worse – simply a widely accepted “synonym” for Black male that has no endearing quality whatsoever. Just listen to some of the lyrics in the albums mentioned above and try to find any positive context in the N-word references.

Yet, even in hip-hop, where the use of the N-word has been part of the culture from nearly the beginning, there’s a racial line separating those who can and cannot say it.  I challenge anyone to find a tune where white rappers like Eminem, Logic or Post Malone have used the N-word (at least in the same context as Black rappers have).

That reality is interesting when considering the word has been so normalized during hip-hop’s mainstream existence that white kids (and apparently adults) have no problem uttering it when reciting rap lyrics – even in the presence of Black people – under the guise of merely singing along with their favorite tunes.

That double standard may seem unfair to some, especially when a man’s livelihood is at stake for having uttered it, like Wallen’s currently is. And I’m willing to bet that the singer didn’t expect that a neighbor with way too much time on his hands would be recording Wallen’s every move, both that night when he arrived and the following morning as he left his house.

But it’s no less fair than the double standards that have plagued African-Americans in this country for centuries (and which still do today), many of which have far greater implications than the loss of a country singer’s record contract and can, for Black people, often mean the difference between life and death.

Black Americans have been expected to live with discriminatory double standards that play out in society every day, whether it be social justice issues involving policing, criminal justice, housing and education, or issues in the workplace.

Perhaps the most glaring example of a double standard occurred just a month ago at the U.S. Capitol in Washington, D.C., where an insurrection attempt by a mostly white mob of Donald Trump supporters was met with a far smaller police presence than the more peaceful BLM protests were in DC last year in the wake of the George Floyd and Breonna Taylor murders.

The relatively cavalier manner in which the Jan. 6 Capitol attack was protected against a known credible threat resulted in unnecessary lives lost and yet another reckoning in this country in which racial disparities were placed front and center. Most would agree that had a Black angry mob of protesters – even those fighting for the lives of Black people – stormed the Capitol, they wouldn’t have gotten within 1000 feet of the entrance, or there would’ve been more than one life lost at the hands of Capitol police.

Now that’s a double standard that defenders of Morgan Wallen will likely not want to discuss.

So let’s go back to country music’s latest casualty Wallen and his now-regrettable N-word mistake (ok, I know it likely wasn’t his first time using it and his biggest regret is likely getting caught).

In the relatively inconsequential world of popular music, there may be no greater indicator of the different rules that are at play for Blacks and non-Blacks than this week’s top-10 chart where half the albums are free of the N-word while the other half use the word like it’s a three-letter pronoun.

Like it or not, the cultural rules of engagement are simple: Blacks can use it, whites (and others) cannot.  It’s an unwritten rule that is as old as the word itself.  And like the seemingly permanent institution that is racism in America, I don’t expect that rule to change anytime soon.

Oh, and don’t feel too sorry for Morgan Wallen.  Privilege has shown that he will likely rebound from this current backlash.  A few more apologies and an act or two of contrition will likely place him right back in the music industry’s (and America’s) good graces.

Also remember, there’s no such thing as bad publicity.  The exposure from this news cycle alone will likely offset any losses that the current radio airplay and other bans will have on Wallen’s music consumption numbers.  In today’s world of streaming, where Wallen is country music’s reigning king and fans don’t have to rely on radio play or record store availability to get their music, his consumption numbers might even increase.

Besides, unlike the Dixie Chicks of two decades ago, it’s not like Wallen committed the apparently more egregious and career-ending sin of speaking out at a concert against a Republican president’s dubious policies.  Remember, in the days before streaming, The Chicks’ record sales and downloads completely plummeted in the wake of their anti-Bush comments and they never fully recovered from their backlash. Imagine the real impact on his bottom line if Wallen had done that to Donald Trump.

In a post-Trump world where it has been shown repeatedly that no low is too low to sway or even embolden the most diehard supporters, I don’t expect this public relations nightmare to amount to anything more than a few heavy-handed slaps on the wrist and a temporary dip in Wallen’s popularity – a dip that might not have even occurred just a year ago, before our current reckoning with racial sins post-Floyd/Taylor.

Of course, the music industry could prove me wrong, but I doubt it. Double standard aside, or maybe because of a different double standard, Morgan Wallen – currently country music’s biggest cash cow – will likely be back.

DJRob is a freelance blogger from somewhere on the East Coast who covers R&B, hip-hop, pop and rock genres – plus lots of music news and current stuff!  You can follow him on Twitter at @djrobblog.

3 thoughts on “Double standard? Morgan Wallen is cancelled for slur that appears in half the albums in the Top 10 (including two on his label).”