Skip to content
In Memoriam... R&B Music Commentary Trivia You Can Use Uncategorized

Tribute to Ja’net DuBois: Thanks for your part in two of the greatest black TV sitcoms of a generation! 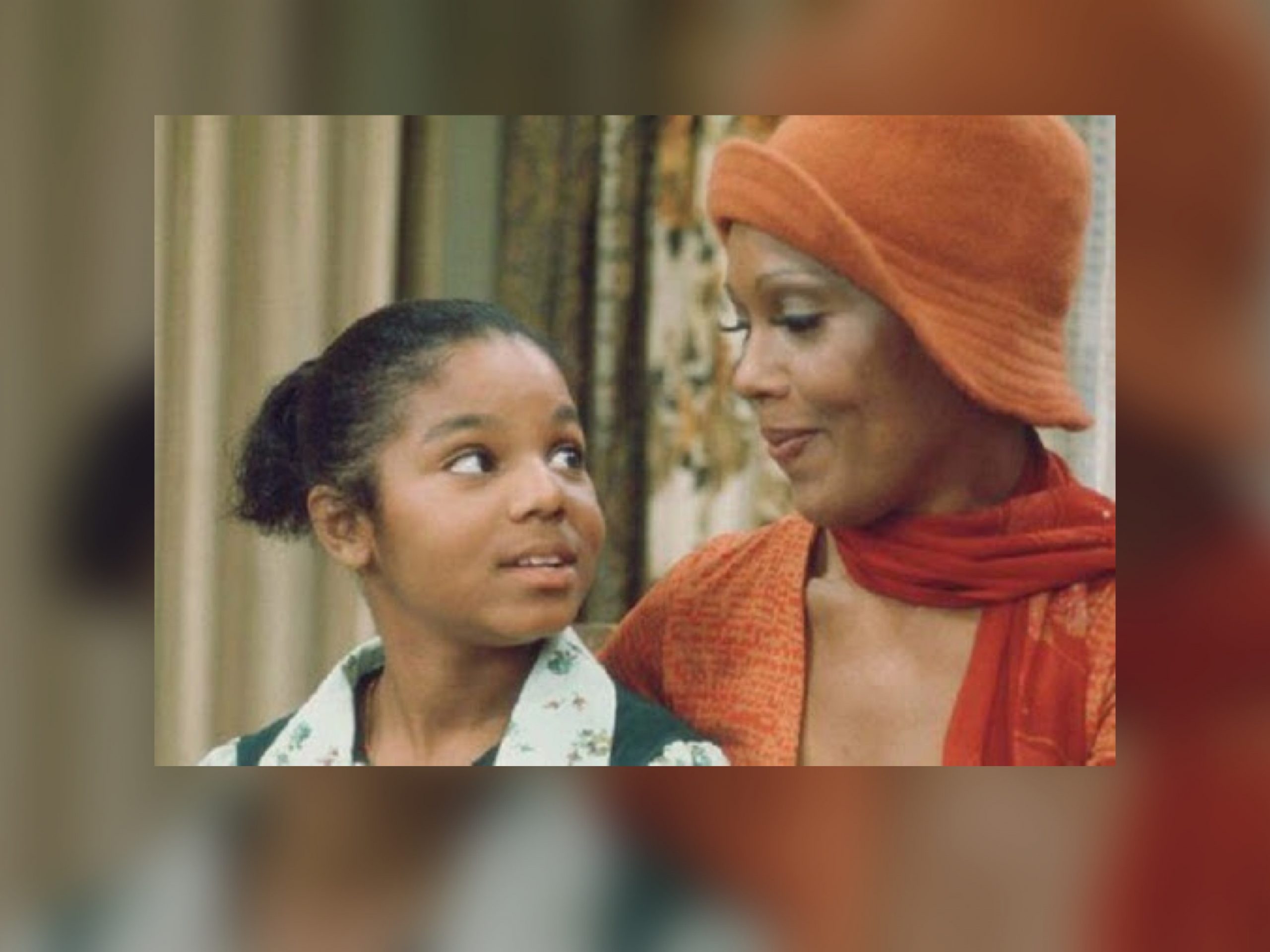 (February 20, 2020).  Who among us folks of a certain age can ever forget Willona Woods, the nosy, single, but always fly neighbor of the Evans family in TV’s Good Times?

Similarly, how many of us have sung along to “Movin’ On Up,” the ever popular theme to The Jeffersons, the longest-running black sitcom in television history (going by the number of original-run seasons)?

Actress and singer Ja’net DuBois brought both to life, with each representing an early pinnacle in her long and successful entertainment career.

Sadly, Dubois died in her sleep Monday, February 17, from natural causes.  She was either 74, 81 or 87, depending upon the source.  Considering Good Times started 46 years ago, a safe bet would be one of the latter two ages.

As television sitcoms went, the 1970s was the decade that black folks finally achieved significant representation on the small screen.  And actor/singer/songwriter Ja’net DuBois is forever linked to what were arguably the two greatest shows of that era.

DuBois began playing the colorful Evans family neighbor Willona Woods on CBS’ Good Times in 1974.  Within a year, she co-wrote and sang “Movin’ On Up,” the popular theme song to CBS’ The Jeffersons.  Both her character on Good Times and The Jeffersons’ theme song lasted the duration of their respective series.

Good Times (1974-79) and The Jeffersons (1975-85) were both important parts of black culture during their timeframes.  Not only were they consistent ratings successes early in their original CBS network runs, but the two shows have long since lived on in syndication while introducing multiple new generations of fans to what were the first two TV shows ever to place the black nuclear family front and center – that is, families with a mom and dad living at home.

Only a few years before as 1970 began, there had been just two – the first two – black TV sitcoms: Julia and The Bill Cosby Show (not to be confused with the more popular The Cosby Show, which aired in the ‘80s).  Both shows got their start in the late 1960s and both featured single, unmarried lead characters navigating their ways through life’s travails.

As the ‘70s progressed, with the success of Julia and The Bill Cosby Show continuing into the new decade, a history-making total of 14 black TV sitcoms would wind up in production.  Joining those first two were big hits like Sanford and Son, What’s Happening!!, Diff’rent Strokes, and Benson; along with several misses like Barefoot in the Park, Baby, I’m Back, That’s My Mama, Grady, Sanford Arms, and Roll Out.

The two series that eclipsed all of those were executive-produced by Norman Lear and were spin-offs from his iconic TV show All in the Family – one directly (The Jeffersons), and the other once-removed (Good Times was a spin off from Maude, which was an All in the Family offshoot).

Lear, who earlier this week fondly remembered DuBois, was credited for taking a chance with African-Americans on television that no other producers had before him.  Even though his shows’ portrayals of black characters sometimes fell into trite stereotypes, he was often an equal opportunity offender (think Archie Bunker or even The Jeffersons’ Tom Willis).  The fact that Good Times and The Jeffersons both represented the complete black family unit was a big step for TV in the mid 1970s and into the ‘80s.

Ja’net Dubois was an important and integral part to both Good Times and The Jeffersons for several reasons.

First, as neighbor to the Evans on the ironically titled Good Times, her character Willona was that sassy, fly and nosy friend that many of our moms had while we were growing up.  She represented a piece of our “village” – or the community that, for many black kids, included that surrogate mom who was there to help raise us when our own moms needed additional support.

The creator of Good Times – an actor by the name of Mike Evans who, ironically, played son Lionel on The Jeffersons – had gotten it right simply by including Willona’s character in the script.  Ja’net Dubois took Willona to the next level by her comedic portrayal and snappy delivery of those flippant one-liners.

As a character, Willona Woods was somewhat of an enigma.  While viewers were naturally focused on the plight of her neighbors the Evans – a struggling black family who, despite having several capable and employable adults in the home, inexplicably could never escape from the projects (until the series’ finale), it was equally as perplexing that Willona, for as smart and resourceful as she was portrayed, couldn’t get out of the ghetto herself.

DuBois’ character did become increasingly important to Good Times, however, especially when both lead Evans characters, James (killed off in 1976) and Florida (one-year hiatus in 1977/78), were written off the show and Willona was left to watch over their now-adult kids.  DuBois was resultantly given top-billing during the show’s fifth season (before actress Esther Rolle returned as Florida for its sixth and final one in 1978), with even more depth being given to Willona and with heavier story lines (including her gaining an adopted daughter in the previously abused Penny – played by Janet Jackson).

But even after obtaining a steady job as a working single mother, the show’s premise dictated that Willona – like the Evans – would be constrained to the projects until the show’s demise in 1979.

It was ironic then that DuBois, who had real-life ambitions of expanding her horizons beyond sitcom acting, had been picked by Lear to write and sing the theme song for his upwardly mobile black family offering, The Jeffersons, a show that would depict the completely opposite side of the economic spectrum for African Americans from Good Times.

Whereas the Evans – and Willona – had struggled in “south-side” Chicago (although the Cabrini Green projects weren’t really on the south side, we went with it), The Jeffersons would feature a self-made millionaire and his wife, along with their live-in maid, residing in a “deee-luxe,” high-rise apartment in Manhattan’s east side.

It was the Jeffersons’ winning plight that Dubois so enthusiastically captured in “Movin’ On Up,” the song she co-wrote with writer Jeff Barry, which became one of the most iconic TV theme songs in television history.

Remember your reaction upon first hearing it?  “Damn, that woman can sing!”  When you later learned that it was DuBois doing the singing, it was “Who knew that Willona had such vocal chops?”

Her soulful rendering of “Up” was a far cry from any of the famous pop songs her co-writer Jeff Barry had composed before, including ‘60s classics like “Da Doo Ron Ron” and “Then He Kissed Me” (both by The Crystals), “Be My Baby” (The Ronettes), “Chapel of Love” (The Dixie Cups), “Leader of the Pack” (The Shangri-Las), and “Sugar Sugar” (The Archies), among many others.

Whereas those were all sugary pop tunes, “Movin’ On Up” was a jubilant, hand-clapping, gospel-tinged affair (there was a full 35-member choir singing on it with DuBois), and it perfectly summed up the Jeffersons’ arrival to the big time.  When DuBois sang “fish don’t fry in the kitchen, beans don’t burn on the grill,” no one could imagine Louise Jefferson ever having to slave over a stove again.

DuBois herself said in interviews that the song’s lyrics were inspired by her own life story and the fact that she was finally able to provide for her mother once she hit the big time (with Good Times).  Her use of relatable imagery (fish frying, beans burning) and slick metaphors (“up in the big league, getting our turn at bat”) lent the song its authenticity, but it also showed off DuBois considerable talent as a writer.

It would have been a chart hit.

Unlike many of the popular TV themes of the era (like those from Welcome Back, Kotter; Rockford Files; Happy Days; Laverne & Shirley; Barretta; and S.W.A.T.), “Movin’ On Up” was never released as a single and therefore never charted in Billboard or the other trade mags.  But that didn’t stop it from becoming one of the catchiest, most identifiable TV songs of all time.  Forty-five years after the song’s debut on American television, it’s still the first thing that comes to mind when The Jeffersons is mentioned – arguably even more so than the show’s unforgettable characters themselves.

In 1980, five years into The Jeffersons’ run and after Good Times had been cancelled, Ja’Net DuBois would include “Movin’ On Up” as the closing track on the first of her three albums, entitled Queen of the Highway.

Although that album didn’t do well, DuBois continued having success as an actress.

Her more memorable roles included playing the ass-kicking mother of Keenan Ivory Wayans’ character in the blaxploitation spoof comedy I’m Gonna Git U Sucka! in 1988.  DuBois had previously reunited with TV daughter Janet Jackson by reprising her role as Jackson’s mother in the music video for the song “Control” in 1986.

She also had a recurring role as Grandma Ellington in The Wayans Brothers (1996-98) and as Mrs. Florence Avery in The PJs (1999-2001), the latter for which she won Emmy awards for her voice-over work.  She appeared in dozens of other TV shows and films and recently made a guest appearance at the live reboot of Good Times on ABC in 2019, along with fellow original cast members, Bern Nadette Stanis (Thelma) and Jimmie Walker (J.J.).

No one could have imagined then that she’d be gone just a few months later.

R.I.P. Ja’net DuBois and thanks for the memories. You finally got your piece of the pie!