Seventeen Great Songs You Missed In 2017! 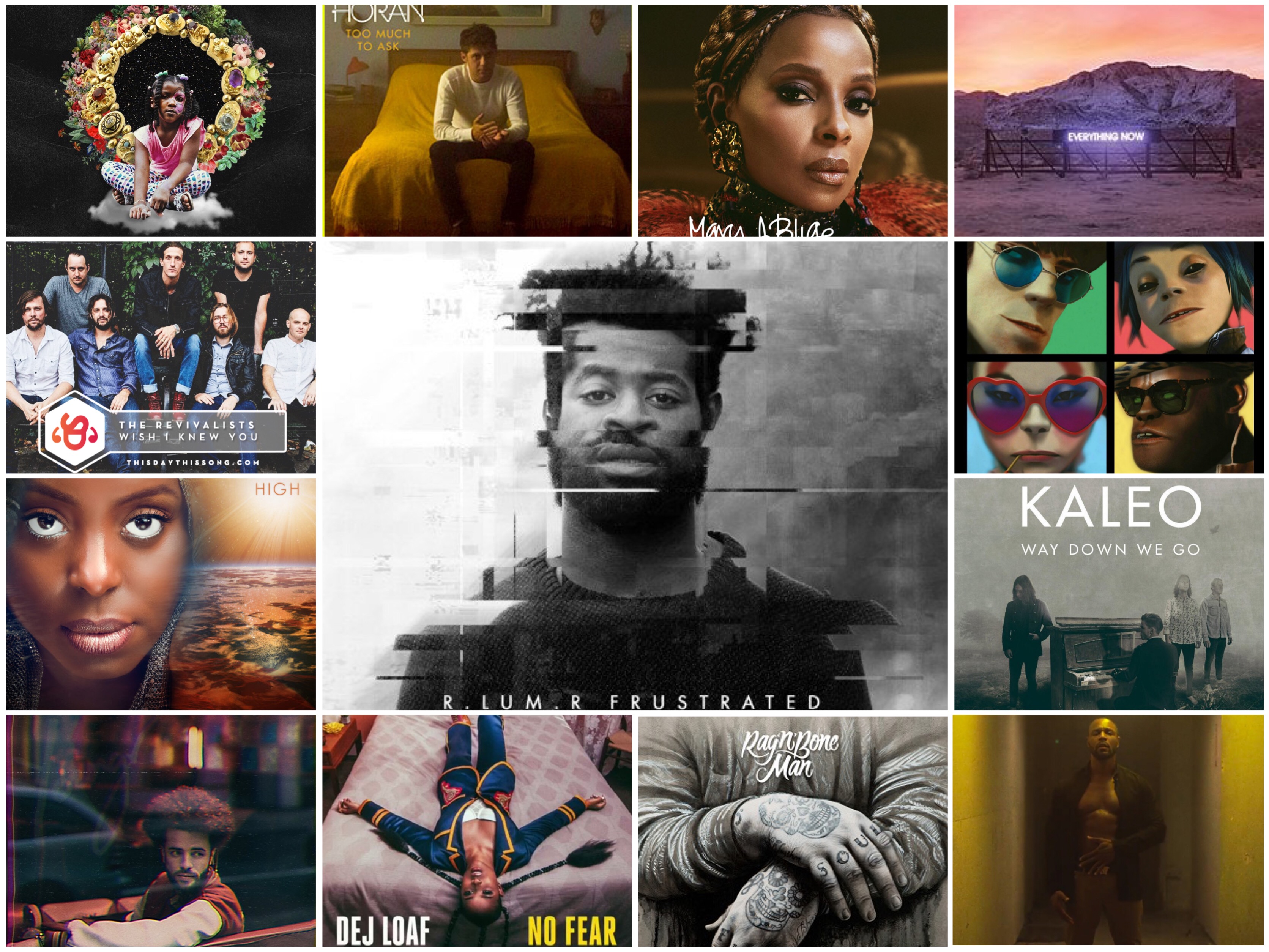 It was, well…it was.

Well, something tells me 2018 won’t be much different from this past year. In fact, it will likely be more of the same…politically, socially, culturally and musically. We’ve already seen evidence and it’s only two weeks old.

Last year, the U.S. saw a political sea change resulting from a presidential transition that took this country from one extreme to the polar opposite (I’ll leave it to readers to define those extremes although most know where I stand).

None of that will go away with the recent flip of the calendar.

But this blog deals with music. And just like any other year, music continued to evolve in 2017 with the emergence of new artists, new songs and new milestones.

It was the year of veterans like Ed Sheeran, Taylor Swift, Bruno Mars and Imagine Dragons.

It was also the year that SoundCloud turned relative unknowns into platinum artists almost overnight and newer artists like Migos, SZA, Khalid, Cardi B and Lil Uzi Vert made waves for the first time.

It was the year of “Despacito” and “Shape of You,” and not necessarily in that order. It was the year of Kendrick Lamar and DAMN., which further cemented the rapper as current hip-hop royalty. Lamar’s DAMN. finished the year as Billboard’s top album (and earned him several Grammy nods as well).

It was the year that hip-hop and R&B (with much less emphasis on the R&B part) finally proved numbers-wise what its progeny has been boasting for years: that it is now king of the music world, with consumption numbers that overtook rock for the first time in history.  That also won’t likely change in 2018, as hip-hop continues to dominate streaming – now the biggest source of music consumption in the U.S.

Every year around this time we celebrate the biggest hits by the past year’s biggest artists with awards shows, countdowns and playlists that remind us what we’ve been listening and dancing to for the past 12 months.

But djrobblog commemorates the year gone by with its 3rd-annual recap of the songs that should’ve been bigger hits, but were not. This year, we’ve picked seventeen songs from 2017 that either didn’t make the Billboard Hot 100 or did but failed to make the top half of that flagship list during the year.

Who knows, maybe in 2018 or sometime in the future they’ll see the light of day and blow up.

As always, the songs are available in our special Spotify playlist as well as the below list. Give them a listen, see what you think and feel free to comment either here or on the Facebook page.

“While You See A Chance” - Petula Clark

An 85-yr-old Petula Clark (yes, the ‘60s sensation who gave us classics like “Downtown” and “I Know A Place”) took on fellow countryman Steve Winwood’s optimistic breakthrough single from 1981 and gave it a darker, more somber feel. More impressive than her ability to completely transform the song was how convincing Clark was as a new-age pop chanteuse in her version. Seeing her do it live in December was icing on the cake. But it never charted because 21st-century radio would NEVER take a chance on someone who was born before WWII.

3 thoughts on “Seventeen Great Songs You Missed In 2017!”