Okay folks, this one is for you. I’m gonna let you all tell me what you think the most, uh, messed-up album covers are.

On Friday, August 26, the rapper Young Thug released his latest album, and, well, it looks like this:

Yeah, that’s rapper Young Thug’s latest album cover…with him on the cover, dressed in a “periwinkle” (that’s somewhere between blue and violet on the color spectrum), multilayered ensemble that made many people think, and set Black Twitter afire upon its revelation on Thursday night, the eve of the album’s release.

Comments have ranged from questioning the Atlanta-based rapper’s manhood and sexuality to my personal fave: “what in the ‘Little House On The Prairie’-‘Mortal Kombat’ hell is that?”

It’s the cover for an album that is competing with three others (by Britney Spears, Florida Georgia Line and Barbra Streisand – also released on Aug. 26) as well as Frank Ocean’s latest album, Blonde – released six days earlier – for chart supremacy in the next week’s Billboard 200 album chart.  By the way, those albums all feature pictures of the artists’ present or former selves on the cover, with full frontal face pics (except Ocean’s whose face is obscured by his own hand).

But Young Thug dared to be different, and in the process has become a different kind of “thug.”  A periwinkle, multilayered dress wearing one, with a matching, face-veiling umbrella hat to boot.

He also instantly joins the pantheon of legendary artists whose album covers have exceeded the music or artists themselves.

It also serves as a reminder that album covers still matter – even in a virtual world where most of our music consumption is done via streaming or digital downloads, with no physical copy of a vinyl or CD album on our shelves as a constant display of the visual artwork that was so inextricably linked to the audio.

Oh, I almost forgot, the Young Thug album is called No, My Name Is JEFFERY.  You can find it on iTunes for $7.99 (less than all the albums I mentioned before).

And with that, I pose this question: Assuming you agree with the premise that Young Thug’s dress, and hence his album cover, is butt-fugly, what album covers of the past can compete with his for worst album covers ever?

I’ve found a dozen that I thought you’d find ugly, or at least ridiculous, by many standards.  They are: 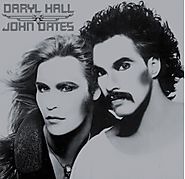 Hall & Oates' self-titled 1975 album featured the duo in an androgynous cover that rivaled those of David Bowie and others from the era. It was a line they never crossed again.

But, I’m sure you can find even more. Provide your ugly album cover candidates in the comments section below (or post them on the Facebook page), but be ready to defend them.